December 1991 was the coldest winter ever. I was in the Army at the time and was completing a 4 week training course in Grafenwehr, Germany. The last grueling phase was to go to the field for 3 days, in the dead of winter. At 04:30 am, we arrived at our destination, carrying 75 pound rucksacks on our backs, it felt like the weight of a small car. We immediately filed out of our Humvee and proceeded to lie on the ground to cover our perimeter. What was an hour, seemed like a day. The ground was as hard as concrete and as cold as my mother’s freezer.
I had my rifle in my hand and I lay there, shaking, nose running, eyes watering and numb. I couldn’t feel my legs, now I knew what a package of chicken wings felt like in a freezer. After awhile, we were allowed to get up and go to breakfast. I went into a warm tent with the smells of freshly cooked bacon, hot scrambled eggs, piping hot coffee and for a moment, I felt at home. But I was brought back to reality once I stepped outside with my cold food on my plate. I and my classmates huddled around each other, making efforts to eat. My eggs would fall off my fork because my hands were shaking so bad. Trying to eat with big, black bulky gloves on seemed futile. But some how, I managed. After breakfast, we put up tents and my hands, legs and feet began to come back to life. For the first time in hours, I felt hot. We continued to unload, dig trenches, set up equipment and go over training until noon. I felt a sharp pain in my abdomen, had someone punched me? I thought to myself, but then I realized it was only a hunger pain. Meals Ready To Eat were on the menu, Yuk! I thought to myself, but it seemed like I hadn’t eaten in years. Chicken Ala King was on the menu along with ********, jelly and peanut butter. Another package containing kool-aid, hot sauce, matches, toilet paper, and instant coffee remained inside the box. I have never had Chicken Ala King cold, but it did meet my needs.
We continued with additional training, going over guard duties, perimeters and squad assignments. We held idle chit chat inside the main tent. There inside it had a potbelly stove. I was mesmorized by this firey inferno, starring off into it with my hands held up to it, I drifted somewhere, a place from long ago. I can remember the hot July sun, as a thin, 10 year old girl, I can recall running and laughing under our neighborhood sprinkler, with no care in the world. But when the pot belly stove was cut off for the night, that s when I realized where I was at. The next two days would be the same as the first. I wasn’t sure if I could continue at times, I seemed like I couldn’t go on. But I did, I survived and in my mind, December 1991 in Grafenwehr Germany, was the coldest winter ever.
M

I'll be da@#ed, I forgot I already submitted this story. Disregard if you already read this piece. Was busy submitting my story to other sites and got beside myself

all good tyte story u flowing
Poetic flow, Poetry of a poet! Be a Premium member today and enjoy all the fruits .

Good scribe
If you've been wondering where all the Black fantasy writers are, be sure to check out:
Rhonda Denise Johnson The Writer who Paints Pictures with Words
The cover for The Crossroads of Time was designed by Brotha Rapchild, a professional graphics designer, and video editor for the above trailer. 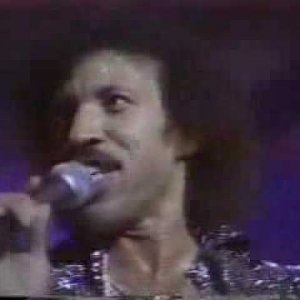