Brother AACOOLDRE : The Circus is coming to Detriot


The circus is comming to detroit this weekend. The NOI will be puting on their comedy act. I just hope that farrakhan doesn't slip on a banana and then blame the international Jewish community for it.

I'm ready for them to start talking about the black dudes from outerspace who hover above them in a wheel (UFO)ready to attack if anyone makes a move on them. They also claim the secrets at Roswell is kept because the space aliens are black human beings looking like the "Sons of God" (Egyptian/Ethiopians) as cited in the Bible. while the later is true the former is false, aliens can't reach our planet and live because it would take 500-1,000 years traveling at the speed of light.

Farrakhan has a personality disorder. He thinks he's divine on the level of an "Iam" or Christ figure and followers want him treated as such. He has no diplomatic skills and suggest to people to join the NOI or face death. This is a similar line Prophet Muhammad gave to people under his jurisdiction of taking the Koran or taking a sword.

For further info on the "Sons of God" true idenity please read entire article below:

HERAKLEOPOLIS AND THE SONS OF GOD

Genesis 6:1-3 contains a puzzling passage. It tells us that god had become angry because the Sons of God married the daughters of man, this event triggered God’s determination to wipe out mankind with a flood. "And the lord said , my spirit shall not always strive with man, for that he also is flesh: yet his days shall be an hundred and twenty years (120 years) but Noah lives 950 years so the 120 is symbolic of other things. Perhaps Egyptian history holds a solution to the mystery.

The flood occurred in the year that Methuselah died, 2105 BC. The above warning occurred 120 years before the flood, or in 2225. Is there any event in 2225BC that may shed some light on this matter?

The Herakleopolitan period came to an end in 2040BC, when Menthotpe II reunited Egypt, but we don’t know how long it lasted. Estimates vary from about one hundred to two hundred years, but there is no hard evidence.

Manetho’s second Heraklepolitan group lasted 185 years. Counting back from 2040 we arrive at 2225, the very year that the "Sons of God" married the "Daughters of Man" (also another name for Methuselah is Methusael meaning "Man of God").Not only do we have a coincidence of dates for the start of the 9th (or Tenth) dynasty and the "marriage", we also have a coincidence between the end of the 120-year warning and the end of the Memphite line of kings in Genesis. Interesting to note that the Egyptian priests noticed a correlation between the heliacal rising of the star Sothis with the onset of the Nile flood.

In the biblical story, the "Sons of God" (Not Angels) would originally have been the Memphis pharaoh, the god Horus. The "Daughters of Man" would have been the daughters of a Herakleopolitan king, the false Horus-a man. The biblical story suggests that a marriage occurred between members of the Memphis court and the Herakleopolis court, one that led to a dispute over which line of princes- Herakleopolitan or Memphites- would ascend to the throne of Horus. All Egyptian Kings were the living personification of Horus and all Egyptian kings were called Son of God.

It was necessary to unveil the identity of the Sons of God because some Christians were claiming that physical bodies are resurrected in heaven resembling angels. Angels do not take on the form of humans with flesh and blood. Christians claim that Angels have no free will; then also maintain they sinned by having sex with humans a contradiction of an enormous scale.


Herodotus writing about 500BC said: 2.13] "One fact which I learnt of the priests is to me a strong evidence of the origin of the country. They said that when Moeris was king, the Nile overflowed all Egypt below Memphis, as soon as it rose so little as eight cubits. Now Moeris had not been dead 900 years at the time when I heard this from the priests; yet at the present day, unless the river rise sixteen, or, at the very least, fifteen cubits, it does not overflow the lands." Its amazing when talking about the Nile the bible and Egyptians associated 15 cubits with flooding."Fifteen cubits upward did the waters prevail; and the mountains were covered. (Gen. 7:20 Noah‘s flood). If the Nile rose 15 cubits it meant there wouldn’t be famine in Egypt.

Methuselah is remarkably in the genealogy of Jesus Luke 3:37 and a half Egyptian like Manasseh? (Matthew 1:10)

I read A History of Western Philosophy By Bertrand Russell the Vulgate Bible states Methuselah died the year of the flood p360.

After the flood man’s lifespan limited to 120 years (Genesis 6:3) any correlation with the warning?

Jesus said he would come like Noah before the end were people would be marrying and given in marriage.

The Bible claims everybody who wasn’t in the Ark died? False what about the Nephilim/Giants. The Nephilim were given a false genealogy giants as "Sons of Anak". Nimrod/Sesostris was a giant and he came from Cush. I never believed in aliens/Angels having sex with humans producing crossbreds. Sons of God were titles of Egyptian Kings and their families.

Lets read the works of Philo of Alexandria "Nimrod He began to be a giant on the earth" (Gen 10:8) We see other Bibles took giant and replaced it with mighty. Nimrod lived after the flood but what about his descendants and relatives. The Nephilim were there during the controversy before the flood. If Nimrod was a giant and came from Nubia maybe this is why they didn’t put him in the same class of Egyptian royalty between the Sons of God and Daughters of man?. Giants may be a reference to the Nubians/Ethiopians who Herodotus 3:20/Isaiah 18:7; 45:14 called the handsome and tallest people in the world. Because they were known to be tall maybe that’s how they became giants?

We know that Hosea calls a group of human beings "Sons of the living God" from Gomer because they were separated from Hosea’s god due to sin (Hosea 1:6-11). Likewise the Sons of God were human beings too except for the fact they worshiped different gods. There were no outer space aliens. Even the Jews called themselves aliens because they weren’t citizens of Egypt (Exodus 23:9). Even the government supports the propaganda of extraterrelistial beings to masquerade military operations of the states warfare plans.

Sons of the living God (Worshiped Baal, a Phoenician god of Egypt)

Sons of Anak (Giants survived the flood) I think the same as the tall/giants of Ethiopia. Would Ethiopians at certain times in ancient history be considered aliens, non citizens to Egypt?

"Furthermore, The Egyptians relate in their myths that in the time of Isis there were certain creatures of many bodies, who are called by the Greeks Giants,…represented on their temples in monstrous form and being cudgeled by Osiris. Now some say that they were born of the earth at the time of Genesis of living things from the earth, while some hold that they were only men of unusual physical strength who achieved many deeds, and for this reason were described in the myths as of many bodies" (Book 1:26)

just came from detroit and had my car broken into at a 4 star hotel...
this city looks like the apocalypse hit it....

these mofos had tags on the interstate highway signs...lol
how the pluck did someone get up there and tag that ish?

Khasm13 said:
just came from detroit and had my car broken into at a 4 star hotel...
this city looks like the apocalypse hit it....

these mofos had tags on the interstate highway signs...lol
how the pluck did someone get up there and tag that ish?


Actually, those are suburbanites doing the tagging. They have been seen on survailance cameras

Having heard him speak on more than one occasion, I will be there this weekend. Quit believing what white people tell you and go see for yourself, for once 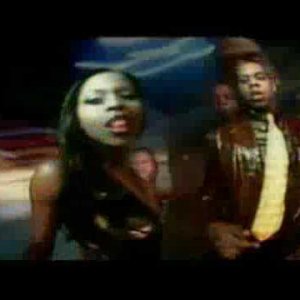