Black People : The CIA’s Secret Global War Against the Left

The CIA’s Secret Global War Against the Left​

Forty-five years ago, under a cloak of secrecy, Operation Condor was officially launched: a global campaign of violent repression against the Latin American left by the region’s quasi-fascist military dictatorships. The US government not only knew about the program — it helped to engineer it.

In Buenos Aires, a former Chilean general returns home, opens his garage door, and is blasted thirteen feet in the air when his car explodes, incinerating his wife. A conservative opponent of the country’s military dictatorship and his wife take an afternoon walk on the streets of Rome and are swiftly gunned down. On a rainy autumn morning, a car blows up in the middle of Washington, DC’s Embassy Row, killing two of the three inside: a leader of Chile’s opposition in exile and his newlywed American friend.
These were just some of the most prized scalps claimed by Operation Condor, officially inaugurated forty-five years and two days ago. With South America in the grip of military dictatorships and rocked by the same kinds of social and political movements that were demanding change all over the world in the 1960s and ’70s, a handful of the continent’s governments made a pact to work together to roll back the rising tide of “subversives” and “terrorists.”
What followed was a secret, global campaign of violent repression that spanned not just countries, but continents, and featured everything from abduction and torture to murder. To say it was known about by the US government, which backed these regimes, is an understatement: though even this simple fact was denied at the time, years of investigations and document releases since then mean that we now know the CIA and top-ranking US officials supported, laid the groundwork for, and were even directly involved in Condor’s crimes.
...World War Three
The middle of the twentieth century saw a flourishing of people’s movements in Latin America that threatened to upend the rigid hierarchies of the hemisphere: feminist and workers’ movements, movements for indigenous rights, peasant-led movements for agrarian reform, and leftist movements, to name a few. Naturally, they had to be stopped.
Until then, Washington-backed juntas and dictatorships had successfully kept a lid on such social change, or simply overthrew whatever governments those movements succeeded in forming. Such changes, after all, directly threatened not just the power and privileges of the region’s long-standing elite, but Western business interests, too. So it was that, at the prodding of US-owned corporations like Chase Manhattan, Anaconda Copper, and Pepsi, former corporate lawyer and then-president Richard Nixon backed the military overthrow of Salvador Allende’s democratically elected socialist government in 1973 and its replacement by a vicious dictatorship under General Augusto Pinochet.
But for the region’s paranoid leadership, even their internal campaigns of terror were not enough. So, in 1975, the governments of Chile, Argentina, Bolivia, Paraguay, and Uruguay secretly met in Santiago, Chile, and agreed to work together to spy on and track “suspicious individuals” and organizations “directly or indirectly linked to Marxism.” Before long, Brazil, Peru, and Ecuador joined up, too. The information-gathering initiative was dubbed “Condor,” in honor of the national bird of several of the participants, including the host country.
Despite what the minutes stated, this was no mere surveillance pact. What Operation Condor meant in practice was that the state kidnappings, torture, and murder that had run roughshod over the remaining pockets of dissent within these countries would now go beyond their national borders. If you were a leftist or anyone else the government saw as a threat, then escape, exile, and even asylum would no longer save you. There was nowhere to hide.

Orlando Letelier, killed by a car bomb in Washington, DC, in 1976.
...Perhaps the most famous victim of Condor was Orlando Letelier, Allende’s former ambassador to the United States. After being detained and tortured by the regime following the coup, diplomatic pressure allowed Letelier to escape and eventually return to Washington, DC, where he soon became one of the most visible and influential members of Chile’s opposition to exile. Set up in the heart of American power and hobnobbing with US officials and their families, Letelier led a successful legislative campaign to ban US arms sales to Chile, lobbied against a $63 million investment by a Dutch company into the country, and fiercely criticized Pinochet’s free-market economic reforms.
All of it made him a marked man. In 1976, two DINA agents entered the United States on passports from Paraguay, a fellow Condor member, and with the help of two exiled Cuban anti-communists, rigged a bomb to Letelier’s car that detonated right on DC’s Embassy Row, killing him and one of his two American passengers. Until September 11, 2001, it would remain the worst act of foreign terrorism on US soil.


The CIA’s Secret Global War Against the Left​
OldSoul
oldsoul@whgbetc.com​

Black People : Secret Wars of the CIA: How Six Million People Were Killed
2 3 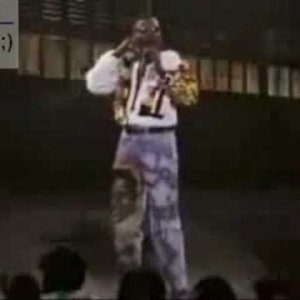