The greatest story ever sold

Acharya S (Aka) D.M. Murdock has written another milestone book about the true history and development of religion. She is on a mission to expose religion in general but in particular Christianity. Right from the start of this book she gives permission for readers to quote freely from this book “The Christ conspiracy”. I would also suggest you go to YouTube and watch the movie “Zeitgeist” and get a visual exposure on the truth about how millions of people are being manipulated out of their humanity.

The foundation of the OT and NT are from Egypt however other sects and cults from other cultures were grafted into the theology of Christianity. The bases for religion comes from the quest of civilization to keep accurate time and calendars so that they would know when to plant seeds, harvest and feed themselves. The best way to do this was to chart the movements of the stars which produced the sciences of astronomy, astrology and with the Zodiac. The Zodiac was the movement of the sun between 12 houses/mansions in the sky. Jesus wasn’t a real person he was superimposed as a person once being the sun.

The foundations of Christianity are from the Jews who stole their ideas mainly from the ancient Egyptians. The name Israel comes from Isis, Ra, and El. The word Jehovah is of Egyptian origin as well as the name Moses.

The main motivating factor of creating Christianity was to roll all of the then know sects, cults and religion into one state religion for the Roman Empire. The whole life and times of Jesus can be mapped out in three weeks’ time. All of Jesus miracles, sayings can be traced to the Egyptian book of the dead, Pyramid and coffin texts. After all of this plagiarism there is no core of Jesus left. 99% of his deeds are gone to mythology. Jesus isn’t even left with flesh and bones. He’s left as an invisible man who said and did no original thought or deed that wasn’t done by the pagans.

Rome took advantage of all the pagan religions and merged, syncreticticly, blended, amalgamated a quilted patchwork into one faith. But why? For Rome. Read carefully the NT is pro Rome:

1. The false rock of peter is at Rome at the Vatican where Mithras had his cult.

2. Pay taxes to Rome to enrich groups and individuals

4. Changed Sun of God into son of God

Here is a list from which Christianity was made in part:

Jesus is a composite figure of all of the above plus more not named. Jesus has no core of his own tenets, doctrines. The Egyptians represented Osiris stretched out on a cross in astrological symbolism. It took 3 days for the sun to recover from death. Luke gospel describes what happened as Jesus (the sun) died on the cross. Jesus two genealogies represent the two equinoxes that divide the solar orbit into two halves. The fact that John and Jesus being born six months apart shows another two equinox of one winter the other summer (John 3:30).

Jesus Dies on the Cross

44 Now it wasa about the sixth hour, and there was darkness over all the earth until the ninth hour. 45 Then the sun was darkened and the veil of the temple was torn in two.

The son/sun had died and so there was darkness. How many hours 3.

Paul is also a composite figure of several people like Flavius Josephus, Apollonius of Tyana and Orpheus. Paul in Latin is Apollos (Horus). Paul travels the same route as Apollonius and both end up as prisoners under Felix. Apollonius traveling partner is Lycian Paul’s is Luke. Orpheus has a partner Timothy and Linus takes his place after his death. The Catholics make/create at least the first two Popes that are not real Peter and Linus.

Like I said before Jesus is the sun traveling within the 12 signs of the Zodiac.

Peter comes from the Egyptian Book of the Dead as Petra the divine doorkeeper.

James comes from the Egyptian Amset the brother of Osiris

John the Baptist is Aquarius the water boy.

Luke is Lykos another name for Apollo (Horus) the god of healing. Luke was reported as being a doctor.

Even in Revelations we have allusions to astrology and the Zodiac.

The 144,000 are 360 degrees of the zodiac circle multiplied by 4 minutes it takes for the sun to move one degree times a factor of 10.

The trinity is in part 3 stages of the sun at dawn (newborn), mature at noon, then dying at the end of the day.

The magi were sun worshipers offering three gifts of Gold, frankincense and myrrh being offered to the sun.

The second coming is the Egyptian return of the sun in a new processional age.

Jesus wasn’t a carpenter the true translation is mason. His temple body was like Solomon’s to and for the Sun. By the way Solomon name is three suns Sol, Om, and On. Jesus equates himself to the Egyptian symbol of Moses bronze serpents with the circular sun on top of a pole (John 3:14-15). Seeing the sun was a term used for those being healed. Jesus wanted the eye to be single with light (Luke 11:34-35) so that you could get to the Kingdom. Jesus wants you to keep a candle or lamp with light on it. The only image I can see of the bronze serpent is that of Jesus coming like Noah to pick you up on your rooftop in Luke 17. With the single eye of Horus (capstone on pyramid/housetop. We know Jesus is called the very stone which the builders rejected as referenced to psalms 118 being an obvious masonic symbol referring to the peak of the pyramid which is the all seeing eye of Horus (healing).

Open to me the gates of righteousness;
I will go through them,
And I will praise the Lord.20 This is the gate of the Lord,
Through which the righteous shall enter.

21 I will praise You,For You have answered me,
And have become my salvation. (Jesus/salvation)

22 The stone which the builders rejectedHas become the chief capstone. (Capstone eye of Horus)23 This was the Lord’s doing;
It is marvelous in our eyes.

Wow this sounds just like the righteous souls passing through the gates and Halls of Maati (righteousness).

In Egypt they called the roof fire or eye of Ra or Horus. In Christianity the souls are carrying a candle or lamp on top of the house. 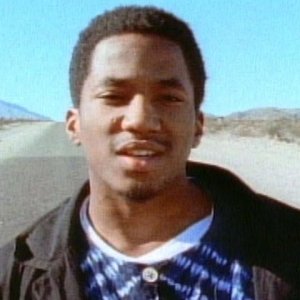