For Black Afrikans To Vote In The Up, Coming Election, Is To Verify The Hatred We Have For The Self Of Black Afrikan People Everywhere!!!

What I Am About To Share With Black Afrikan People Is Going To Make The ****** As Defined By White Racist And Negro Afrikan Americans Very Angry, because they are so well conditioned by that white racist Luciferian Human Being To keep Black Afrikans in a place mentally where white racist has positioned Black Afrikans to be in America and in the World, so all of you Black Afrikans who have the bravery of Mind, Stand Tall and be unwavering in the presence of the Divine Truth that I share With You, I being Chief Elder Osiris Akkebala who is of the Divine Mind that takes no part in lying to manipulate the Black Afrikan Family, for Family is Universal Sacred, beloved!!!

A Divine Mind is a Liberated Mind as is not impressed nor is persuaded by the political propaganda that is overloading the mind of Black Afrikans everywhere concerning the importance this presidential election in America is to Black Afrikan people.

Because there is no evidence of the empirical fact that Black Afrikans voting in white America Racist Prejudice political game is of Liberating benefit to Black Afrikan people and I ask Black Afrikans to not continue to allow ourselves to be used under and by false pretense claiming that participating in the voting process in America benefit Black Afrikan people, and I ask Black Afrikan people to hold up!, Stop for a moment, take a look with the intent to see with your Divine Mind at Afrika and the condition of Black Afrikan people today, **** comparing our condition on a Time sequence basis, deal in real-time and not past Time movement and share with me what you see, is it something you feel justified in continuing to be persuaded by the Americans political machine of both political parties, have either been Respectful to you for the way you vote in their political game, do your Black *** now live under the canopy of Freedom in America absent of unjust Racist Prejudice?

Hell No, I will answer with that Divine Truth for you, experience in voting teaches you that Divine Truth, so I ask of Black Afrikans in America, not by choice, why do you continue to allow your Black Mind to be subjected to such propaganda lies about how important voting is to Black Afrikan people, to be in a position to do what?

The Greatest Message of Independence Black Afrikans in America can send to that white racist Luciferian Human Being is to refrain from voting in this upcoming presidential election, you who do not have any bargaining chips on the political table, just your conditional loyalty to the political oligarchy in America.

I share the quality of information with Black Afrikan people that comes from a Divine Thinking Mind and not a racist profane mind that has Black Afrikans believing it will be the end of the world, be the end of the Black world if you did not vote Democrat in this coming presidential election ( Selection ) nothing could be further from the Divine Truth than that Lie, beloved, as a matter of fact, you will for the first time be demonstrating your independence in decision making in America and on that path lead to your Black Afrikan Freedom from America to be in Afrika with our Enslaved Afrikans Reparation/Repatriation, beloved.

Because, as that white racist has told you that America is the Greatest Country in the World and will remain so as long as that white racist maintain control over the Mind of the Black Afrikan World who have been made to be scattered to the four corners of the earth securing the weakness of the Black World, only when there be a Mass Exodus Back To The Continent Of Afrika by Black Afrikans will the sign of Freedom will begin to reveal its presence and Freedom in Afrika for the Black Afrikans will have America to boast no more of being the Greatest Country in the World, not when there is a United States Of Afrika Governing Black Afrikan people in Afrika.

So, it is an advantage to America to keep your Black behind ignorant and complacent to the affairs of the world, the Black world in the particular beloved.

So Voting is not Black Afrikan Salvation, Freedom is the Divine True Representative of our Salvation to be in Afrika and where there is Black Afrikans Freedom there is a Unified Black Afrikan Nation in Afrika being Governed by a United States Of Afrika Government, all of Afrika is included in that Freedom presence beloved!!!

As Garvey Would Share, Up Up You Mighty Race And Accomplish What You Will!!!

The Will Of A Divine Mind Is Powerfully Independent Beloved, And Reparation/Repatriation Must Be Our Will To Collect In Behalf Of Our Enslaved Afrikan Ancestors, Of Which You Black Afrikans In America not by choice are!!

Black People : White Supremists Feared the Power of the Black Vote Back then/ Still do Now and seek to Supress it
4 5 6 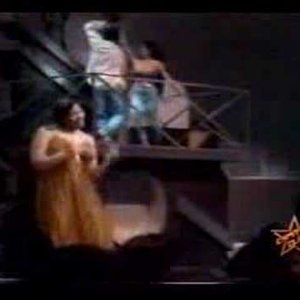