Chief Elder Osiris : The Black Mind Caught In The Matrix Of Naive Reality

The Black Mind Caught In The Matrix Of Naive Reality

THERE IS NO VIRTUE IN DYING, IT IS LIVING THAT SOOTH THE MIND.

LIFE IS FOR THE LIVING, IT IS THE FOOL THAT PLACE VALUE IN DYING.

LIVING WITH HONOR, WELCOME DEATH WHEN IT IS TIME TO DIE.

LIFE IS FOR THE LIVING, DEATH VERIFY THE END OF THAT LIFE.

THERE IS NO LIFE AFTER DEATH, BEING, IS VERIFIED BY ETERNAL INFINITE EXISTENCE.

LIVING DIVINE, PROTECT YOU FROM THE PROFANITY OF IMPERFECTION.


What I am About To Share with you Black People, it will have you not being of interest to accept what is different from what the Matrix have you to believe, because being stuck in the Matrix of naive reality, is what cause you Black people to not be of concern about your life, NOR IN THE KNOWLEDGE OF YOURSELVES.

Thus, you end up having no concern about the lives of others who are also victims of the Matrixonic Life experiment, having Black people to assume our way through life, because in the Matrix, your life is a creation by others who have conditioned you to not use the Mind of creative thought, but a Mind process that has been taught to you in such a way, it feed into your conscious effort for you to believe that all that you are looking at is what is real to you.

In the Matrix, where the Black Mind has been made to reside and function as an instrument capable of determining what is Real and what is not real, it is the not real that the Matrix have your mind to embrace and to take it as the action that reveal your reality.

Yet, you not knowing how such a Matrixonic process has caused you to believe all about the world you be looking at, which is no more than an illusion of that which is Divinely Real, because it is the naivete of your mental action that has gotten control of your method of mentally functioning in the Matrix of your naive reality.

In a world that is totally controlled by thoughts, that which is generated by other than the action of your own mental doing, which cause you to become a ready victim of a matrix execution that is the construct of mind action that is using the Energy that provide life, and you use it for evil doing, and for deceiving purpose.

Therefore, to be a victim of such Matrixonics, such will have you responding in the positive toward that which is in motion destroying your sense of Mind ability to Divinely Reason about what is Divinely Real, as you honor that which is naively real, a realness that the Matrix of Lucifer constructed, which order your mind to embrace as being real to you, having you to place all of your belief in tomorrow, you having no thought for yesterday and today.

In a world society where naive reality is taken to be Divine reality, you are not mentally qualified to defend your life from that which appear before you, all looking to be real to you, and when you have lost control of your Divine way of reasoning, you have lost control of your Mental ability to distinguish between that which you are looking at, which cause you not to be able to determine what is real and what is illusion, in your life today.

Therefore, you end up taking to be real, all that you can not see, and that is what is Divinely Real, so you have a life that has been built upon a set of variables that are set in the Matrix of naive Reality, a low quality of life that Black People now hold to high esteem.

All because with the low caliber of Mind that is now controlling the body senses of the life of Black people, the Black Life become a life based upon illusions, rather than universal Divine Reality, a Reality that require for you to be able to Mentally See beyond the limit of your Matrixonic victimized mind belief, limited by the illusion of what the Matrix reveal to you to be your naive reality.

The world is a kaleidoscope portrayed in the Matrix of naive reality, engaging in a feast of deceiving you, feeding to you who are stuck in the Matrix of a society that is controlled by Lucifer, those Human Beings who have succeeded in capturing the Black mental processes of your mind, and now have you to be lookers instead of Seers.

Only the Seers are qualified to escape the gravity of the Matrixonics that limit your Mind from being able to function on a level that qualify you to See and Know the difference between Naive Reality and Divine Universal Reality.

It is the so call Matrix's of its Social so call Moral and Immoral structure that captivate the Mind of Black People and have you volunteering to be willing participants in the Matrix of Lucifer Society.

You come and you go, obeying the Social construct done by Lucifer, as he determine for your mind of conscious, what is to be Right or Wrong, Good or Bad, Moral or immoral, Law or violation of Law, all such principles being the creation of Lucifer, obeyed by those victims of Lucifer Matrix, a Society that function on vile principles of so call Moral constructs, for purpose to secure disorder in the Matrix of Lucifer Society.

Black people being victims of Lucifer Matrix, believing that you can affect Change in the Matrix of Lucifer and that such will serve to the Greater Good of your Black Life, you not having the Divine Mind of Thought, that will qualify you to be able to Divinely Reason your life out of Lucifer Matrix.

A matrix based upon Naive Reality, and upon lying and deceiving principles of a claimed morality, all is based upon the limited ability you use to look your way into the Matrix of Lucifer Society, and not to See your way into the Divine Universality of your present ability to determine your life Divine Reality.

So, To Be Wise Divinely So, such will cause you to be able to See the Divine Reality your Life once Lived and is capable of living again, away from the Matrix of Lucifer Deception.

You Black people live your life now, subjected to the disorder caused by your presence in the matrix of a deceiving society, there is where your Life now live, as oppose to the way you are obligated to design your life to Live, which is in a Divine World, based upon Universal Divine Reality.

So here you Black people are, living in the Matrix of Lucifer Naive Reality, you not able to see to know any more, the Power of the Mind ability to create what is to be Real to your Life, on the Divine Physical Level.

Black people, you allow your Mind to wander aimlessly in the Matrix of Lucifer naive reality, while you wonder not about the life you now live, you being without having the ability to create your own Divine Reality, which is done by using your Mind to process the information that flow by the processes of your mental action, as received coming from the soul of you.

You are the Mind of your Life, who control your Mind, Control Your Life, and determine what is to be your life Reality.

Cheif Elder I couldn't agree with you more

but also in that same Divine Reality there is no such thing as ego, envy and jelousy wrapped in mailice

there is no such thing as divine anger nor ignorant intelligence

I couldn't imagine wakin everyday, receiving the breath of life, and having the nerve to be angry

now here in this matrix maybe there is a trinity of evil, an ignorant black, divine anger, and ignorant intelligence... and that's tru because everytime u write it's exactly what ur creating... only thing u not made in the image of a womb .... 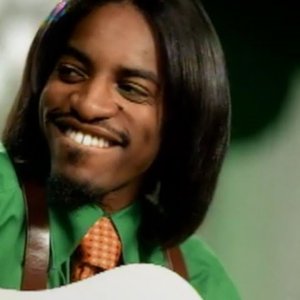