Black People : THE BLACK MATRIX: The Modern Mental and Social Suppression of African Under National

THE BLACK MATRIX: The Modern Mental and Social Suppression of African American Under National Interest
© 2006 by Franklin G. Jones
is now available on line at http://divineblacktruth.org/franklin_jones

This book offers the truth for those who will listen for it; and the truth is that we, African Americans, can no longer survive as a race hanging on to lies. A reality of truth must prevail if we are to be a part of the future. The many problems now facing Black America will not be corrected by implementing outdated strategies of foot marches, speeches, the commemoration of fallen Black martyrs, nor from governmental regulated preaching from religious texts, but instead by initiating the next and more profound stage of the battle for human rights, thus breaking into previously unexplored territories, thus exposing the fiercest and most lethal system of institutionalized racism now facing Black America.

THE RISE OF THE BLACK MATRIX

In 1968 after the death of Dr. Martin Luther King Jr. there was much unrest, discord and wide-spread violence that which increasingly placed the peace and stability of the nation in dire jeopardy. This resulted in the decline of national stability and loss of lives and property that cost the nation and taxpayers millions of dollars. These factors, combined with the rapidly tarnishing American global image, led to the then president, Lyndon B. Johnson, ordering that a commission be formed, later known as the Kerner Commission, to investigate and prescribe a cure or recommendations for the problem.

The Kerner Commission concluded that blatant White racism was the single aggravating factor for the collective problems. This finding required that the U.S. Government abandon its usage of blatant forms of racism used to control and maintain its White dominance. This abandoning of dated tactics led to the need for developing an improved method of controlling and suppressing its Black population.

The U.S. Government’s agents of White supremacy quickly reformed their techniques of institutionalized racism. Changing times made it necessary for the U.S. government to change its methods to a much more subtle and socially acceptable means of continuing its racial suppression of Blacks and to maintain its White dominance. Because the blatant methods, of assuring that its White dominance be maintained, used and condoned in the past are no longer morally and socially acceptable, the U.S. Government secretly implemented a far more sophisticated method of maintaining its white dominance.

The United States government secretly implemented its largest ever covert assault operation against its Black population through its educational, judicial, and prison systems and, most detrimentally through a campaign of psychological warfare that uses mis-information, false statistics, and negative propaganda media reports. The unrelenting daily assaults on the Black psyche corrupts African Americans’ sense of reason and unity thus creating the culture of failure and disparity that now afflicts modern Black America.

Today’s modern method of white racism in the United States is now secretly applied through the government’s proven method of Covert Counterintelligence Program [COINTELPRO: A misnomer for Domestic Covert Actions.] A system of white governmental racism that is implemented through the American educational, judicial and prison systems-- that prevails and is concealed through the usage of Psychological Warfare implemented through the national media that fosters a consensual environment for its suppression of its black population. It is a sophisticated system of white racism that deliberately wears only the appearance, if any, of being totally self afflicted by African Americans themselves. In doing so, the United States Government have acquired a far more insidious and covert method of ensuring that its white dominance is maintained that exists behind a clever shroud of secrecy and deceit — for it is in this way that the evils of racism thrive best -- when its victims do not recognize the evil.

This modern system of institutionalized racism is so in fact so sophisticated , that one may compare America’s old system of white racism- used against African Americans in the past-- to that of this modern type by saying that the previous system had a GED while today’s methods has a PHD. For today’s system is for more sophisticated, elaborated and proficient then any system of racism previously faced by African Americans-even slavery. Most African Americans have never heard of this method of asserting White racism, therefore many will find it too shocking and stunning to contemplate—nevertheless, it is directly intertwined with the many problems adversely affecting Black America today.

Because this book exposes the hidden, conspiratorial, and profound dimensions of racism that secretly exist at governmental levels in the United States , these are very dangerous waters that I am attempting to navigate. For if this book were to become a bestseller among African Americans, the U.S. Government would most certainly dispute it and initiate a national campaign of spin control and coverage through the national media and the internet with experts lined up to dismiss its premises as a means for protecting its national interest.

Nevertheless there is neither a struggle nor fight more pressing for African Americans today than the exposing and eradication of this real-life Black Matrix that is used to suppress us, confuse us, and turn us against each other.

Indeed; it is getting much worse, but there seems to be a lot of "they been doing it all along". but that isn't exactly true, now is it? sure, there has been stuff, but it has gotten "cleaned up" such that we really can't point to anything and say, definitively, that that constitutes "racism" and make it stick in the white supremelunatic courts.

1) this is not the "united states of ethnic america"; we are all Africans as well as Americans. (that sort of "whining" ("it ain't my America!") has a lot to do with why "they" get/got away with it.).

2) We Are AFRICANS. (and that "whining" is why we have so fragmented ourselves.)

3) an external influence can NOT destroy a community that actually exists .. were there, in fact, any actual "African/"Black" community in this country: it is still a bunch of "slave quarters".

(OffTopic/personal update)
1) interacting with these folks out here in the streets sure reminds me of some of the "discussions" that go on around here! SSDD .. dayum!

2) COPD is getting worse; have now contracted some sort of respritory[sp?] ailment (flu, cold or pneumonia, i'm not sure which)

3) may have an apartment lined up; it's gonna take three to four weeks before i can move in if, in fact, the papers get signed this afternoon or tomorrow. 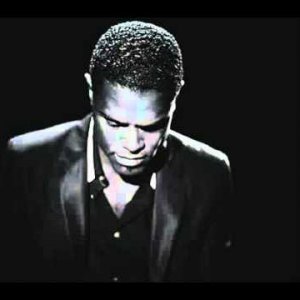