Because I am a music teacher, I know those five keys (notes) are called the pentatonic scale, but in early America were referred to as the "slave scale". They build the power and pathos of the Negro Spirituals with their unique West African Sorrow Chant sound.

The words to Amazing Grace were written by John Newton, a former Captain of a Slave Ship. After Newton came to salvation through Jesus Christ, he heard a melody coming from the belly of the ship, and it is believed it was to that sorrowful melody that he wrote the words and named it Amazing Grace. Go to the Copyright Office and you will see "Words, John Newton. Music, Unknown."

The tunes and the beats of negro spirituals and Gospel songs are highly influenced by the music of their actual cultural environment. It means that their styles are continuously changing.

The very first negro spirituals were inspired by African music even if the tunes were not far from those of hymns. Some of them, which were called “shouts” were accompanied with typical dancing including hand clapping and foot tapping.

SHOUTS
After regular a worship service, congregations used to stay for a “ring shout”. It was a survival of primitive African dance. So, educated ministers and members placed a ban on it. The men and women arranged themselves in a ring. The music started, perhaps with a Spiritual, and the ring began to move, at first slowly, then with quickening pace. The same musical phrase was repeated over and over for hours. This produced an ecstatic state. Women screamed and fell. Men, exhausted, dropped out of the ring
Some African American religious singing at this time was referred as a “moan” (or a “groan”). Moaning (or groaning) does not imply pain. It is a kind of blissful rendition of a song, often mixed with humming and spontaneous melodic variation.

In the early nineteenth century, African Americans were involved in the “Second Awakening”. They met in camp meetings and sang without any hymnbook. Spontaneous songs were composed on the spot. They were called “spiritual songs” and the term “sperichil” (spiritual) appeared for the first time in the book “Slave Songs of The United States” (by Allen, Ware, Garrison, 1867).

As negro spirituals are Christian songs, most of them concern what the Bible says and how to live with the Spirit of God. For example, the “dark days of bondage” were enlightened by the hope and faith that God will not leave slaves alone.

By the way, African Americans used to sing outside of churches. During slavery and afterwards, slaves and workers who were working at fields or elsewhere outdoors, were allowed to sing “work songs”. This was the case, when they had to coordinate their efforts for hauling a fallen tree or any heavy load. Even prisoners used to sing “chain gang” songs when they worked on the road or on some construction project.

But some “drivers” also allowed slaves to sing “quiet” songs, if they were not apparently against slaveholders. Such songs could be sung either by only one soloist or by several slaves. They were used for expressing personal feeling and for cheering one another. So, even at work, slaves could sing “secret messages”. This was the case of negro spirituals, which were sung at church, in meetings, at work and at home.

The meaning of these songs was most often covert. Therefore, only Christian slaves understood them, and even when ordinary words were used, they reflected personal relationship between the slave singer and God.

The codes of the first negro spirituals are often related with an escape to a free country. For example, a “home” is a safe place where everyone can live free. So, a “home” can mean Heaven, but it covertly means a sweet and free country, a haven for slaves.

The ways used by fugitives running to a free country were riding a “chariot” or a “train”.

The negro spirituals “The Gospel Train” and “Swing low, sweet chariot” which directly refer to the Underground Railroad, an informal organization who helped many slaves to flee.

The words of “The Gospel train” are “She is coming… Get onboard… There’s room for many more”. This is a direct call to go way, by riding a “train” which stops at “stations”.

Then, “Swing low, sweet chariot” refers to Ripley, a “station” of the Underground Railroad, where fugitive slaves were welcome. This town is atop a hill, by Ohio River, which is not easy to cross. So, to reach this place, fugitives had to wait for help coming from the hill. The words of this spirituals say,“I looked over Jordan and what did I see/ Coming for to carry me home/ A band of angels coming after me”
Click to expand...

A Charge to Keep I Have


Listen to the Music


1.
A charge to keep I have,
a God to glorify,
a never-dying soul to save,
and fit it for the sky.

2.
To serve the present age,
my calling to fulfill;
O may it all my powers engage
to do my Master's will!

3.
Arm me with jealous care,
as in thy sight to live,
and oh, thy servant, Lord,
prepare a strict account to give!

4.
Help me to watch and pray,
and on thyself rely,
assured, if I my trust betray,
I shall forever die.
Click to expand... 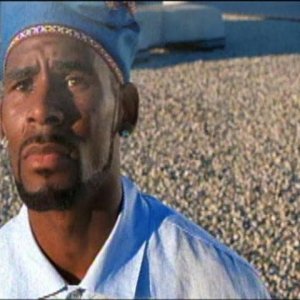