THE SERPENT WAS MORE SUBTLE THAN ANY BEAST
The Myth: Now the serpent was more subtle than any beast of the field which the Lord God had made (Genesis 3:1)
The Reality: Genesis modeled the clever serpent after the Egyptian God Set (Satan), who took the serpent form Aphophis, public enemy #1 of the Egyptian Re (RA)
Adam and Eve were ordered not to eat from the Tree of knowledge of Good and Evil. As the story unfolds, Eve came upon the Tree and found a serpent dwelling there. The Serpent encouraged Eve to taste some of the fruit, but she told him about God’s prohibition and threat of death. The serpent replied, “Ye shall not surely die: for God doth know that in the day ye eat thereof, then your eyes shall be opened, and ye shall be as gods, knowing good and evil (Gen 3:4-5)
The Serpent, who may have already eaten from the tree himself, obviously knows the secret of the fruit, that it represents the Egyptian concept of Maat (Moral order/Truth) and eating of it gives one eternal life.
The Egyptians had mythic image of the Serpent in a tree. In pictures from this story, the Egyptian artists showed a Cat (Ra/Re) with a stick bruising the head of a serpent that dwells in a persea Tree. The Cat in this myth is Re the sun god, and the serpent is Aphophis, the public enemy of Re who tries to swallow the sun at the end of each day. The bruising of the serpent’s head, (Whipped his head) incidentally, represents exactly what God directed Adam to do to the serpent and its progeny (Gen 3:15) after the expulsion from the Garden in Eden in Egypt.
The Egyptians often identified Aphophis with the god Set (Satan), clever and ambitious deity who wanted to seize the Egyptian throne from his brother Osiris. Towards this purpose, he conspired with allies to assassinate Osiris and usurp the monarchy.
First, he feigned friendship with his brother and offered him a gift of a chest/coffin. After presenting it to him, he asked Osiris to lie down inside and see how it fit. Right after Osiris lowered himself inside, Set and his allies killed him, sealed the chest shut, and disposed of it. Despite his assassination, Osiris survived his death and became king of the afterworld.
This brings us full circle to the serpent in the Tree of Knowledge. As we noted earlier, the point of the story about forbidding humanity to eat from the tree of knowledge was that the fruit of the tree represented MAAT, and in order for an Egyptian to live forever, he or she had to prove to Osiris that they lived in Maat. This contradicted the religious principles of Hebrew monotheism and the mythical images of Osiris had to be banned like changing of Moses name (Osarsiph/Osiris) to Ra-Mose dropping the front part and hiding his circumcision, a ritual to the castration of Osiris by Set. The biblical authors needed to portray Egyptian mythological history in monotheistic terms, it became necessary to transform the many Egyptian deities into humans.
With the serpent in the tree corresponding to Set, the killer of Osiris, we have an ironic denouement. As punishment for seeking immortality by worshiping Osiris, the sinner lost immortality through the actions of Osiris mortal enemy, the wily and subtle Set.
Let us continue to decode the bible and end all the mystery . 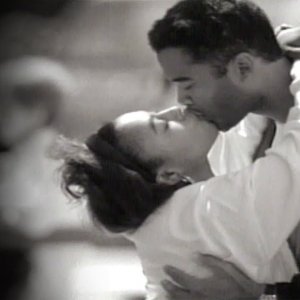