To say labor strikes are not feasible, when that is what broke Jim Crow and segregation, shows how backwards we have grown.so many of us are suggesting things that will not and have NEVER WORKED. Then give smart mouth responses for suggesting the only thing thats produced results. Anyone opposed to labor strikes in and out of jail is working for the US intelligence community and should not be interacted with what so ever. We must deny them what they need from us, plain and simple. They cant survive without our labor, but we can survive without them. Only an agent would recommend us to continue working slave labor, while we WAIT for a solution to pan out. The solution for us is to not negotiate with terrorist, the real ones. It is our spiritual, moral, and earthly obligation to not serve evil, and to destroy it.

Keita Kenyatta said:
You joking right? What you're saying is not feasible in the least. Those prisoners depend upon work time and comp time to break down the amount of time that they would have to serve. They aren't going for that themselves! Now if you REALLY want to force the systems hands and economically cripple it, "every brother that gets locked up should demand a trial regardless of what they are in there for. They have a certain amount of time to take you to trial, they would need an excess of prosecutors and public defenders and investigators, which they don't have, The jails would over crowd to capacity faster than they can blink. The demand for jurors would excel beyond reason publicly. They'd be forced to release people on the cheapest bail they can come up with....and more than that, the illegal practice of "plea bargaining" would have to be challenged. To show you the impact of this is to just take one big county jail anyplace and do this. They can't handle it!!!...and don't let the news of this get out and start to spread across the country because this system would begin to economically crumble faster than you can read this post. That's how you win a war without firing a shot!!!
Click to expand...

Have you and can you identify your strategy as a exploiting one of their weak points
? They can increase their capacity to house us as long as they get free labor, which is what they r doing now. Private prisons will not have a problem with what you r suggesting.

scalar intelligence said:
Have you and can you identify your strategy as a exploiting one of their weak points
? They can increase their capacity to house us as long as they get free labor, which is what they r doing now. Private prisons will not have a problem with what you r suggesting.
Click to expand...


Actually there is no weak point. The system begins to crumble BEFORE anyone is sent to prison. Just the demand of EVERYBODY going to TRIAL instead of plea bargaining out will cripple it. Beginning with the courts, the lawyers, the prosecutors, the jurors, the overcrowding and worst of all, don't let it spread to another county jail. So before a person ever hits the prison system, the judicial and economic system itself will begin to crumble. Remember, the law says that everyone is entitled to a quick and speedy trial and this is where the first impact will be felt. If everybody is having a trial jury that is locked up in those county jails, there is no way for the system to work and economically sustain itself. This is why they came up with "plea bargains" in the first place.

P.S. We can't continue to discuss matters on this level. I don't even know who you are. You're new here and what it is, is what it is. You're talking with someone who has done 17 years total in prison, so I'm not talking out of my @ss about anything in that respect. I could tell you a lot about how to crumble all of this, but like I said, you're new here and I really don't know you. Your responses also seem to be more emotional than thinking.

scalar intelligence said:
They came looking for us. I want to analyze the nature of our relationship with oppressive cultures and propose a solution within our immediate reach. I have come to realize, for the last several hundred years, stealing our labor and intellectual property has been the strategy our enemies have used on us. Seeing the empire it has built, evidently, these things they take from us are valuable. So valuable, I have concluded that black labor, is the most precious recourse on the planet. Considering that, it does not matter if we do not own anything else or control any industries, since we are the key ingredient to make any moden society flourish, we need only exercise control over our labor, and everything else will be affected. The devils currently pretending to be in charge of USA are banking on the private prison industry and the free labor they expect to get to keep them afloat, its their last shot really, and its also the same old trick. If we cannot see this by now, then we truly are not fit for freedom and liberation. The best and safest strategy going forward that will do the most damage to the people who deserve it, is to have all jail and prison labor done by people of color to cease permanently. No more cooperation with terrorist as they say. I will leave yall with a quote from Sun Tzu on this.
Click to expand...

Labor, in general, is what creates and produces value.
Empires are based on expropriation, yes.
A problem is exchanging labor for currency as well as non-production.
Exchanging labor for (fiat) currency ensures that wages for labor will depreciate over time if by sheer inflation alone.

Labor or rather wages for labor are depreciating worldwide due to globalization and competition.


scalar intelligence said:
In "The Art of War", written some two and a half millennia ago, the Chinese military author Sun Tzu promoted a strategic doctrine based on deception, misdirection, and the judicious use of force against enemy weak points, bypassing his strong points. In the modern age, his theories find application in the strategies of unorthodox forms of warfare such as guerilla warfare, armed insurgencies, terrorism, and liberation. At the risk of oversimplification, Sun Tzu preached that one should seek points of enemy weakness and exploit them, be they military, political, economic, or anything else. He viewed the objective of war as the strengthening of the state through the acquisition(regaining) of enemy(our) resources, and to that end, he viewed battle as a possible means to an end but not an ideal one. In his view, an ideal victory would be won without firing a shot, and an enemy army would be added to your own rather than being damaged or destroyed.
Click to expand...

No need for any violence. Merely change the behavior. Great change can come about in mass simply from this.

Before engaging in strategic thinking... one needs some concepts on how to think ....
S


most definitely not me.. I already knew that.. cause I don't even know you.. walking into a room full of folks you don't know talking about "we".. and get mad when somebody ask you "we who?".. or better yet: "who you?" but I can see from your responses, you won't be around here but a week or two.. or three.. sitting in this corning babbling to yourself about what "we" should do.. and who "we" should do it to.. when don't nobody even know you.
You must log in or register to reply here.
Share:
Facebook Twitter Reddit Pinterest Tumblr WhatsApp Email Link 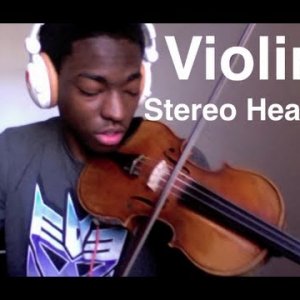