African Traditional Religion : THE ABODE OF THE BLESSED

<H1 ALIGN="CENTER">THE ABODE OF THE BLESSED.</H1>
<FONT SIZE=2><P ALIGN="CENTER">The Egyptian heaven.</P>
</FONT><P>The gods of the Egyptians dwelt in a heaven with their <I>ka's</I>, and <I>khu's</I>, and shadows, and there they received the blessed dead to dwell with them. This heaven was situated in the sky, which the Egyptians believed to be like an iron ceiling, either flat or vaulted, and to correspond in extent and shape with the earth beneath it. This ceiling was rectangular, and was supported at each corner by a pillar; in this idea, we have, as M. Maspero has observed, a survival of the roof-tree of very primitive nations. At a very early date the four pillars were identified with "the four ancient <I>khu's</I> who dwell in the hair of Horus,"[1] who are also said to be "the four gods who stand by the pillar-sceptres of heaven."[2] These four gods are "children of Horus,"[3] and their names are Amset, Hapi, Tuamautef, and Qebhsennuf.[4] They were supposed to preside over the four quarters of the world, and subsequently were acknowledged to be the gods of the cardinal points. The Egyptians named the sky or heaven <I>pet</I>. A less primitive view made the heavens in the form of the goddess Nut who was represented as a woman with bowed body whose hands and feet rest on the earth. In this case the two arms and the two</P>

</FONT><P>legs form the four pillars upon which the heavens are supported. Nut, the sky goddess, was the wife of Seb, the earth god, from whose embrace she was separated by Shu, the god of the air; when this separation was effected, earth, air, and sky came into being. Signor Lanzone has collected a number of illustrations of this event from papyri and other documents,[1] wherein we have Seb lying on the ground, and Shu uplifting Nut with his outstretched hands. The feet of the goddess rested on the east, and her hands on the west this is shown by the scene wherein Shu is accompanied by two females who have on their heads "east" and, "west" respectively.[2] The child of the union of Seb and Nut was the Sun, who was born in the east in the morning, and who made</P>
<FONT SIZE=2><P>[1. <I>Dizionario di Mitologia Egizia</I>, tavv. i 150 ff.</P>
<P>2. <I>Ibid.</I>, tav. 158.]</P>
</FONT><P>{p. ciii}</P>
<FONT SIZE=2><P ALIGN="CENTER">The Egyptian heaven.</P>
</FONT><P>his course along his mother's body, until he set in the west in the evening. The moon followed the sun's course along his mother's body, but sometimes a second female is represented bowed beneath Nut [1] (Fig. 2), and this is believed to signify the night sky across which the moon travels. In an interesting picture which M. J&eacute;quier has published[2] the goddess is depicted lying flat with her arms stretched out at full length above her head; on her breast is the disk of the sun, and on her stomach the moon. Those who believed that the sky was an iron plane imagined that the stars were a numbers of lamps which were hung out therefrom, and those who pictured the sky as a goddess studded her body with stars. One scene makes the morning and evening boats of Ra to sail along the back of Nut;[3] another depicts Shu holding up the boat of the sun wherein is the disk on the horizon.[4] A third from the sarcophagus of Seti I. represents Nu the god of the primeval water holding up the boat of the sun, wherein we see the beetle with the solar disk facing it accompanied by Isis and Nephthys, who stand one on each side; behind Isis stand the gods Seb, Shu, Hek, Hu, and Sa, and behind Nephthys are three deities who represent the doors through which the god Tmu has made his way to the world.[5]</P>

<P>4. Ibid., tav. 158.</P>
<P>5 <I>Brugsch, Religion und Mythologie</I>, p. 216.]</P>
</FONT><P>{p. civ}</P>
<FONT SIZE=2><P ALIGN="CENTER">The Egyptian heaven.</P>
</FONT><P>round in a circle; the space enclosed by it represents according to Dr. Brugsch the <I>Tuat</I>[1]or Egyptian underworld, wherein dwelt the gods of the dead and the departed souls. This view is supported by the scene from the sarcophagus of Seti I. (Fig. 1). In the watery space above the bark is the figure of the god bent round in a circle with his toes touching his head, and upon his head stands the goddess Nut with outstretched hands receiving the disk of the sun.[2] In the space enclosed by the body of the god is the legend, "This is Osiris; his circuit is the Tuat."[3] Though nearly all Egyptologists agree about the meaning of the word being "the place of departed souls," yet it has been translated in various ways, different scholars locating the Tuat in different parts of creation. Dr. Brugsch and others place it under the earth,[4] others have supposed it to be the space which exists between the arms of Shu and the body of Nut,[5] but the most recent theory put forth is that it was situated neither above nor below the earth, but beyond Egypt to the north, from which it was separated by the mountain range which, as the Egyptians thought, supported the sky.[6] The region of the Tuat was a long, mountainous, narrow valley with a river running along it; starting from the east it made its way to the north, and then taking a circular direction it came back to the east. In the Tuat lived all manner of fearful monsters and beasts, and here was the country through which the sun passed during the twelve hours of the night; according to one view he traversed this region in splendour, and according to another he died and became subject to Osiris the king, god and judge of the kingdom of the departed.</P>
<FONT SIZE=2><P ALIGN="CENTER">The Fields of Aaru and Hetep.</P>
</FONT><P>The souls of the dead made their way to their abode in the "other world" by a ladder, according to a very ancient view, or through a gap in the mountains of Abydos called Peka according to another; but, by whichever way they passed from earth, their destination was a region in the Tuat which is called in the pyramid and later texts Sekhet-Aaru,[7] which was situated in the</P>

<FONT SIZE=2><P ALIGN="CENTER">The Fields of Aaru and Hetep.</P>
</FONT><P>Sekhet-Hetep,[l] and was supposed to lie to the north of Egypt. Here dwell Horus and Set, for the fields of Aaru and Hetep are their domains,[2] and here enters the deceased with two of the children of Horus on one side of him, and two on the other,[3] and the "two great chiefs who preside over the throne of the great god proclaim eternal life and power for him."[4] Here like the supreme God he is declared to be "one," and the four children of Horus proclaim his name to Ra. Having gone to the north of the Aaru Field he makes his way to the eastern portion of the <I>tuat</I>, where according to one legend he becomes like the morning star, near[6] his sister Sothis.[7] Here he lived in the form of the star Sothis, and "the great and little companies of the gods purify him in the Great Bear." The Egyptian theologians, who conceived that a ladder was necessary to enable the soul to ascend to the next world, provided it also with an address which it was to utter when it reached the top. As given in the pyramid of Unas it reads as follows':--"Hail to thee, O daughter of Amenta, mistress of Peteru(?) of heaven, thou gift of Thoth, thou mistress of the two sides of the ladder, open a way to Unas, let Unas pass. Hail to thee, O Nau, who art [seated] upon the brink of the Lake of Kha, open thou a way to Unas, let Unas pass. Hail to thee, O thou bull of four horns, thou who hast one horn to the west, and one to the east, and one to the north, and one to the south, . . . . . . let Unas pass, for he is a being from the purified Amenta, who goeth forth from the country of Baqta. Hail to thee, O Sekhet-Hetep, hail to thee, and to the fields which are in thee, the fields of Unas are in thee, for pure offerings are in thee."</P>
<FONT SIZE=2><P>[1. <I>I.e.</I>, the Field of Peace.</P>
<P>2. <I>Recueil de Travaux</I>, t. v., p. 191 (l. 182).</P>
<P>3. <I>Ibid.</I>, p. 50 (l. 262).</P>

<P>9 <I>Ibid.</I>, t. iv., p. 69 (l. 576 ff.).]</P>
</FONT><P>{p. cvi}</P>
<FONT SIZE=2><P ALIGN="CENTER">Power of the gods of Annu.</P>
</FONT><P>The souls of the dead could also be commended to the care of the gods above by the gods of Annu, and thus we find it said in the pyramid of Unas: "O gods of the west, O gods of the east, O gods of the south, O gods of the north, ye four [orders of gods] who embrace the four holy ends of the universe, and who granted to Osiris to come forth to heaven, and to sail over the celestial waters thereof with his son Horus by his side to protect him and to make him to rise like a great god from the celestial deep, say ye to Unas, 'Behold Horus, the son of Osiris, behold Unas, the god of the aged gods, the son of Hathor, behold the seed of Seb, for Osiris hath commanded that Unas shall rise like the second of Horus, and the four <I>khu's</I> who are in Annu have written this command to the great gods who are in the celestial waters.'"[1] And again, "When men are buried and receive their thousands of cakes and thousands of vases of ale upon the table of him that ruleth in Amenta, that being is in sore straits who hath not a written decree: now the decree of Unas is under the greatest, and not under the little seal."[2]</P>
<P>The plan of the Sekhet-Hetep which we find in the Book of the Dead during the Theban period will be described below, and it is therefore sufficient to say here that the ideas of the happy life which the deceased led had their origin in the pyramid texts, as may be seen from the following passage:--"Unas hath offered incense unto the great and little companies of the gods, and his mouth is pure, and the tongue which is therein is pure. O ye judges, ye have taken Unas unto yourselves, let him eat that which ye eat, let him drink that which ye drink, let him live upon that which ye live upon, let your seat be his seat, let his power be your power, let the boat wherein he shall sail be your boat, let him net birds in Aaru, let him possess running streams in Sekhet-Hetep, and may he obtain his meat and his drink from you, O ye gods. May the water of Unas be of the wine which is of Ra, may he revolve in the sky like Ra, and may he pass over the sky like Thoth."[3]</P>
<P>Of the condition of those who failed to secure a life of beatitude with the gods in the Sekhet-Aaru of the Tuat, the pyramid texts say nothing, and it seems as if the doctrine of punishment of the wicked and of the judgment which took place after death is a development characteristic of a later period.</P> 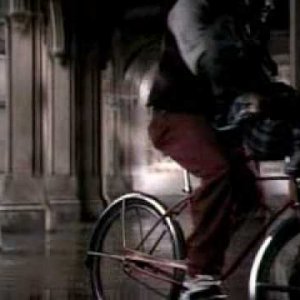