WEST, Texas (AP) — The mayor of a Texas town where an explosion leveled a fertilizer plant says he doesn't yet know how many people were hurt or killed in the blast.
West Mayor Tommy Muska said at a news conference that there was a fire at the West Fertilizer plant before Wednesday night's explosion.
The blast could be heard at least 45 miles away and it caused major damage to surroundin
http://news.yahoo.com/texas-fertilizer-plant-blast-injures-dozens-035029496.html

That was very sad, and they think there will be more explosions too around that area.

By Sofia Perpetua, NBC News
A single mom, who with her young son "lost all their worldly possessions" in the fertilizer plant explosion that devastated West, Texas, is among the first people to sue the plant's owner.
Andrea Jones Gutierrez filed a lawsuit against Adair Grain on Monday. She is seeking up to $1 million.

If Gutierrez hadn't walked out of her apartment complex when she first heard explosions outside, she wouldn't be here today, according to her attorney.
“Everything she and her child owned was completely destroyed,” said Randy Roberts, the attorney who represents her in the lawsuit. “She has physical and emotional injuries, but I’m more concerned about her emotional injuries.”Chip Somodevilla / Getty Images
Search and rescue workers comb through what remains of a 50-unit apartment building the day after an explosion at the West Fertilizer Company destroyed the building April 18 in West, Texas.
A fire at the West Fertilizer plant last week caused an explosion that killed 14 people, injured 200 others and destroyed at least 75 homes, according to officials. Investigators are still trying to determine what caused the accident.

Gutierrez lived in the building next to the West Fertilizer plant with her 14-year-old son, who was at church at the time of the explosion. 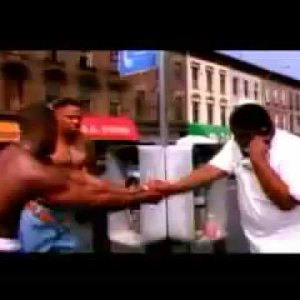