To me it looks like European Culture is designed to keep most White folks ignant pawns. What do we do about the Techno-Economic Culture and quit acting like sci-tech is for White people and Orientals that White people say are smart. /QUOTE]

“What is your child actually learning?

Who designed their curriculum? Did you know that children of color taught in a culture focused environment have a better sense of purpose and succeed more in the classroom? Children are first visual learners.”

Hasn’t the so dated Euro-centric GARBAGE that has been so very very efficiently stunting both our spiritual and intellectual development got to be binned, in that why continue to allow our people generally, youth specifically to be poisoned by dated Euro-centric DRIVEL?

Are YOU EVER going to address my assertions and answer ANY questions at all in the so very very direct manner possible with this medium, or not in that what does

“The Laws of Physics do not care about African Culture, European Culture or Chinese Culture.”

have to do with our so consistently inept political misleadership in the African diaspora and Africa doing what the more successful ethnic groups/nations do as standard with regard to programming their people in a constructively uplifting manner?

[QUOTE="Fireman, post: 1016885, member: 57878" Power money, and greed of the African leaders plus centuries of old tribal animosities is what is keeping Africa from becoming united against this global attack from non-African countries.

African leaders who are corrupt, greedy, power-hungry, and have little or no concern for their people, especially those of a different tribe is whats keeping Africa from becoming the wealthiest continent on the planet.

For African nations to come to the forefront of world nations, it must first have a mental mindset change from the European influence that puts greed and money ahead of everything else.

Each African tribe must put away their differences and come to an understanding that being united is for the survival of all./QUOTE]

PEOPLE, how many of you are aware of the FACT that China’s government are [on a tightrope spanning the deepest abyss ever] in totally uncharted territory in that no one else in human history has ever had to administrate 1400 million people [a truly mind-boggling number logistically], whereas hasn’t their meritocratic political structure created the largest middle class in the world by lifting 300 million people out of poverty, which is obviously their primary responsibility whereas wasn’t the total destruction of the mining industry and the so consistently inane manner in which the UK’s industrial spine has been ripped out and discarded for the Services economy that is subsequently vanishing into cyberspace, laying waste to whole regions of the country; which was/is either unbelievably treacherous or plain STUPID?

Additionally are any of you impressed with the manner in which the USA's [and the rest of the West’s] supposedly WAY TO GO ‘CAPITALISM’ has spent the last 20 years generating the biggest debts in human history in administrating less than 310 million people, 3/10/30% of China’s population, with the UK consistently clueless posses of feckless petulant public schoolboys [like Jacob Rees Mogg and co] on both sides of the house squandering both the UK’s industrial head start on the rest of humanity and the imperial booty so systematically looted by the British Empire, while doing just as poor a job of distributing wealth equably/administrating less than 61 million people, 5% of China’s population?

PEOPLE, were you all like me, unaware of the fact that China’s 1400 million people are divided into only 8 ethnic groups, with over 1274 million being the Han [[91.5%] dominant clan in contrast to Nigeria’s 180 million people being comprised of 267 ethnic groups along with the Congo’s over 400 ethnic groups, who aren’t doing that badly then are they [but need to FIX UP, do 100 times better NOW], when you consider the ongoing GRIEF right here in the UK between the English, Scottish, Welsh and Irish [having 5 separate parliaments] just 4 ethnic clans?

Isn’t this situation further complicated by the manner in which the fully industrialised and nuclear-armed status of China, India, Pakistan Japan, Korea means that they cannot be bullied, manipulated in the manner in which the UK/Europeans usually relate to non-whites added to the surge forward of Indonesia [the fourth most populous country on the planet], Vietnam, Thailand, Malaysia, the Philippines and the rest of this region who are literally 75% of this planet’s population; a huge trading bloc that truly don’t NEED Europe and the USA to be viable, especially with Russia pursuing their own vested interests as opposed to the West's, which is why they are acknowledging the REALITY of not wanting to be totally left out of such a massive economic opportunity, as highlighted by the EU wooing Xi Jinping [March 2019 meeting]?

How many of you can recall just how much of an economic boom North Sea Oil was meant to create for the UK, which didn’t happen did it because Margaret Thatcher/the Tories allowed BIG OIL to carve the UK/Scotland’s assets up to their discretion, relying on the Exchequer getting North Sea income from tax, as if multinationals EVER pay tax anywhere; grief exacerbated by BP swerving away from being the state oil company it feigned interest in becoming?

In stark contrast are any of you aware of the fact that Norway’s State Oil is easily the No.1 Oil Company on the planet, is so very very highly respected that some Oil and Gas clients insist on their projects being done utilizing Norway State Oil’s standards, thus as well as making Norway one of the richest countries on the planet they have also expanded into doing other massive projects worldwide?

What about the so pragmatic manner in which as opposed to executing capitalism in Hong Kong when they regained political control in 1997, China’s Communist party/Government subsequently utilized Hong Kong's tax base as an economic template for their Super Cities on the mainland [hence the so phenomenal economic growth since then which has eased the so huge burden of feeding 1400 million people; placed China on the cusp of becoming the No.1 financial Super Power of the 21st century] apart from retaining state ownership/control of the banks?

umbrarchist said:
I do not know if I would go so far as to call it a curriculum but I would definitely promote a suggested reading list and monitor what was being read. The Euro-centric curriculum definitely promotes a distorted perspective of reality.
Click to expand... 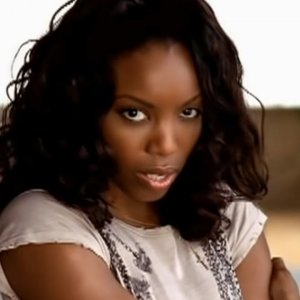