Building our own communities from the ground up:
https://www.nytimes.com/2019/01/08/...tion=click&module=Top Stories&pgtype=Homepage

Orisons said:
What is your child actually learning?

Who designed their curriculum? Did you know that children of color taught in a culture focused environment have a better sense of purpose and succeed more in the classroom? Children are first visual learners.

Hasn’t the so dated Euro-centric GARBAGE that has been so very very efficiently stunting both our spiritual and intellectual development got to be binned, in that why continue to allow our people generally, youth specifically to be poisoned by dated Euro-centric DRIVEL
Click to expand...

OK, I am going to be obnoxious here and y'all are just going to have to get on my case and talk about me like a DAWG.

To me it looks like European Culture is designed to keep most White folks ignant pawns. What do we do about the Techno-Economic Culture and quit acting like sci-tech is for White people and Orientals that White people say are smart.
O

umbrarchist said:
OK, I am going to be obnoxious here and y'all are just going to have to get on my case and talk about me like a DAWG.
Click to expand...

Huh! Where that come from?


umbrarchist said:
What do we do about the Techno-Economic Culture and quit acting like sci-tech is for White people and Orientals that White people say are smart.
Click to expand...

Why does it HAVE to be a question of an either/or?

What's missing in that equation is Ethics.......which is tied to culture.

NNQueen said:
Black people all over the world need to ask themselves and acknowledge their true answer, what's most important to them and are they willing to die to get it or keep it. Is money and things that money can buy the most important thing; is the preservation of our culture (social and spiritual) and the land that produces an abundance of resources that sustain us more important than money?
Click to expand...

Power money, and greed of the African leaders plus centuries of old tribal animosities is what is keeping Africa from becoming united against this global attack from non-African countries. African leaders who are corrupt, greedy, power-hungry, and have little or no concern for their people, especially those of a different tribe is whats keeping Africa from becoming the wealthiest continent on the planet.

For African nations to come to the forefront of world nations, it must first have a mental mindset change from the European influence that puts greed and money ahead of everything else. Each African tribe must put away their differences and come to an understanding that being united is for the survival of all.

Who designed their curriculum?

Did you know that children of color taught in a culture focused environment have a better sense of purpose and succeed more in the classroom?

Children are first visual learners. This is why we need that representation in the classroom.

I believe in a student-centered but African inspired curriculum. Our teachers matter to me, our methods and curriculum were created with us in mind. /QUOTE]

PEOPLE wouldn’t a very easily doable starting point of the African Renaissance in the 21st century be having all of our Schools, especially in the African Diaspora and Africa itself actually utilizing a truthfully updated Afro-centric History curriculum [should have been the first thing addressed and constructed post the political independence of our countries 40 – 60 years ago, STILL isn’t even thought about as opposed to being put in place TODAY] in history itself [based on the works of Che Ante Diop, Dr Henrik Clark, Asa G Hilliard III, Dr Ivan van Sertima and the still alive Anthony T Browder] including its natural seepage in Geography and various other subjects so as to purge the Euro-centric GARBAGE still poisoning both our individual and collective knowledge base?

Hasn’t the so dated Euro-centric GARBAGE that has been so very very efficiently stunting both our spiritual and intellectual development got to be binned, in that why continue to allow our people generally, youth specifically to be poisoned by dated Euro-centric DRIVEL as spectacularly exemplified by our people still being misinformed, aren’t they, that Christopher Columbus was anything other than the first white European to cross the Atlantic [were the Vikings but their American settlement failed], when as so very very spectacularly highlighted by the 17 Olmec Heads unearthed to date, Africans were going backward and forwards across the Atlantic nearly 3 millennia before Christopher Columbus was born?

Aren’t we very very fortunate that we can utilize Che Ante Diop, Dr Ivan van Setima and Anthony T Browder’s published works as the ready-made textbooks of our African History curriculum, as the cement to fix the bricks/hundreds of Africas 1000 ethnic groups; [GRIEF exacerbated by the Berlin conference carve up into the unreal countries still struggling to become viable nations TODAY] into the wall that is so desperately needed to adequately secure the continent from both internal and external PARASITES in the 21st century?

Additionally, don’t we need to do what the more successful ethnic groups do as standard [like Japan’s ongoing whitewash re the 11 million mostly Chinese people slaughtered by Japan’s Imperial Forces between 1930 – 1945, any Japanese history teacher who attempts to teach these so easily verifiable FACTS even today, is immediately FIRED] with regard to creating and utilizing an African centered history curriculum in ALL of the USA, UK, the rest of the African diaspora and Africa’s schools, colleges, and universities?

However [China is currently creating/editing their own Christian Bible for Chinese Christians] aren’t we very very fortunate with regard to only having to only have to facilitate the positive projection of the TRUTH re African contributions to civilisation/technical culture in every area of human activity over the last 5000 years [as opposed to the LIES deployed by many successful nations today]; thus elevating both our individual and collective self esteem/purging the dated Euro-centric GARBAGE/LIES that are still so efficiently poisoning all of our people generally [especially our mis-leaders], youth/FUTURE specifically, at source, NOW?

PEOPLE, is it really rational as opposed to obviously profoundly ultra naive to expect the people from the poorest continent with the least natural resources [Europe], to ever just willingly give up on the systematic onslaught [methodology/winning formula/White Supremacist RACISM/the engine of the so diverse array of Socio-economic CHAOS STILL blighting our communities in the UK, USA and the rest of the Diaspora, and African countries] WAR of over 2000 years duration on non-whites generally/robbing the indigenous peoples of the Americas and Australasia of their land/sovereignty, enslaving for over 300 years the peoples of African ethnicity and the Western European colonialism it morphed into specifically, that has [never ever been officially declared don’t they just DO IT, as standard in every area of human activity] made virtually all European controlled countries, white people from their underclass to elite/nobility, easily the richest people on this planet TODAY? 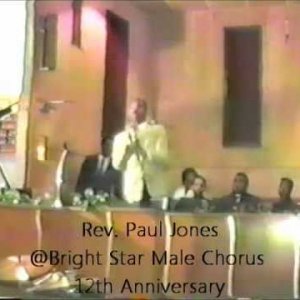