As the hotly contested November election nears, it should be no surprise that voter intimidation and suppression schemes are ramping up too. Even beyond the usual partisan pre-election hysteria, this year the Tea Party has made "voter fraud" a rallying cry. Never mind that it's been proven time and again that voter fraud is largely a myth; it excites the right-wing base.

To combat alleged "voter fraud," party activists in a number of states have mounted well-publicized campaigns to compile challenge lists from returned mail ("voter caging") and to deploy their members to watch the polls. But what they're really doing is threatening and intimidating a targeted group of voters, and it's usually in minority precincts.

A zealous group of Republican, Tea Party, and right wing activists are on the attack.

•In Harris County, Texas, early voting has begun, and, as the Houston Chronicle reports, there are complaints that a Tea Party group has been hovering over voters, interfering with election workers, and disrupting lines of voters waiting to vote in minority neighborhoods. The Justice Department is investigating and interviewing witnesses.
•Also in Texas, a fraudulent flyer being distributed in African American neighborhoods in Houston by the "Black Democratic Trust of Texas," a nonexistent group, advises voters not to vote for the Democratic ticket because their votes will instead go to the Republicans.
•In Illinois, Senate candidate Mark Kirk has proudly claimed that he has mounted the state's largest "voter integrity program in 15 years"—aimed at four largely African-American precincts. Coincidentally (or maybe not), the Republican National Lawyers Association, a group closely affiliated with the Republican National Committee, is conducting trainings for lawyers in Illinois to assist on Election Day and "ensure that the elections are open, fair and honest." Additionally, MSNBC's Keith Olbermann has linked a key figure in Kirk's "voter integrity squad" to voter intimidation that occurred in black communities while President Bush was in office.
•A voter suppression plan in Wisconsin (a combined effort of the state Republican Party, Americans for Prosperity, and Tea Party organizations) is targeting, among others, 16,000 Milwaukee County voters. As the Wisconsin-Milwaukee Journal Sentinel reports, the organization One Wisconsin Now says it has obtained an audio recording of a tea party leader "outlining plans to work with the state Republican Party and another group, Americans for Prosperity, and use postcards to verify voters' addresses as well as provide volunteer poll workers to challenge voters on Election Day." A leader of a Tea Party group emailed "All Group Leaders" with instructions—including directions for photographing the homes of people targeted for voter suppression activities. The voter caging mailing allegedly targeted the 16th Assembly District, the district with the third-highest African-American voting population in the state.
•A coalition of right-wing groups in Minnesota has been unsuccessful in its efforts to require photo ID at the polls, so they've redirected their energies to creating "voter surveillance teams." As Minnesota Public Radio reports, their planned activities include videotaping and tracking buses that bring voters to the polls (to ensure—they say—that buses are not taking their passengers to multiple polling places). Their materials also castigate Secretary of State Mark Ritchie and Attorney General Lori Swanson for failing to investigate and prosecute voter fraud.
•One of the most publicized and explicit campaigns to suppress the minority vote has been in Nevada, where "Latinos for Reform," a group headed by a conservative Republican activist, is urging Hispanic voters to stay home on Election Day in order to "demand some attention." President Obama called the tactic a "cynical political ploy," and the ads have been denounced by the Latino Coalition. The Hispanic television network Univision has announced it will not broadcast the ad.
•And everywhere, the conservative website "Pajamas Media" is trying to "develop a network of citizen journalists/poll watchers" to monitor as many polling places as possible and report back, preferably with video or still photographs, on cases of voter fraud or intimidation. They're looking for cases of electioneering too close to the polls, "forced assistance," registration fraud, multiple voting, and "dead voters." As Michael Waldman, executive director of the Brennan Center for Justice says in an Associated Press article, "unfounded fears cannot serve as prevention of actual voters casting actual votes."


Caging and suppression tactics have occurred nationwide in recent elections.

•The GOP has practiced voter caging and intimidation under the auspices of “ballot security” since the civil rights era. In a 2004 report to the Center for Voting Rights and Protection entitled “Republican Ballot Security Programs: Vote Protection or Minority Vote Suppression—Or Both?”, scholars from Rice University discussed the history of what they call “ballot security programs gone bad” which, in the name of protecting against vote fraud, are intended to have a chilling effect on voting, and “almost exclusively target heavily black, Latino, or Indian voting precincts.”
•Some contemporary RNC officials have admitted, privately and publicly, that caging and similar so-called "ballot security campaigns" are intended to suppress the African-American vote. During a 2004 Detroit election campaign, for example, Michigan State representative John Pappageorge told a meeting of Oakland County Republican Party members that "if we do not suppress the Detroit vote, we're going to have a tough time in this election." (Detroit's population is 83 percent African-American and overwhelmingly supports democratic candidates.)
•In 2004, the Ohio Republican Party mailed approximately 232,000 non-forwardable letters to all newly registered voters; those returned as undeliverable were used to challenge about 35,437 voters in predominantly minority metropolitan areas. Caging operations conducted by state Republican organizations in 2004 also targeted minorities in Florida, Pennsylvania, Wisconsin, Michigan, Colorado, North Carolina, South Carolina, Georgia and Kentucky.
•In 2006, inquiries into the firings of nine U.S. Attorneys (the "Attorneygate" scandal) exposed the politicization of the Bush Administration Justice Department, in which law enforcement's traditional role of protecting citizen rights was perverted to serve a partisan agenda, including voter suppression.
•In 2008 in Montana, the Republican Party filed challenges against 6,000 voters on the basis of residence in counties that were historically Democratic strongholds.
•In Michigan, statements from the Macomb County Republican Party chair that the party intended to challenge any voter who attempted to vote from a foreclosed address triggered a lawsuit by the Obama campaign and three individuals. The suit settled with an agreement not to use foreclosure lists as the basis of challenges.
•In Wisconsin in 2008, the GOP issued a call to policemen, security personnel, and firefighters "who would potentially be willing to volunteer ... at inner city (more intimidating) polling places," according to the Washington Post.
•In 2008 in Ohio, Greene County Sheriff Gene Fischer announced that he was investigating hundreds of people who registered and voted during Ohio's same-day registration window. Despite rulings from four different federal and state courts upholding the lawfulness of the five-day window, the County announced they were attempting to "determine whether there was any voter fraud or not," according to an Associated Press story. Fischer claimed to have been "flooded" with phone calls about alleged voter fraud; yet no actual grounds for an investigation were given.
•Also in Ohio, Hamilton County Prosecutor Joe Deters, the local chairman of the McCain campaign, initiated a grand jury investigation and issued subpoenas for unredacted personal information on 40% of the 671 new voters who cast ballots during Ohio's five-day window of same-day registration and voting. Both the election board and the secretary of state's office said they were unaware of any evidence of voter fraud.

whose scared of the Tea party? frigging cowards.. all they know how to do is kick and stomp women on their heads..any black or Hispanic who feels intimidated by them on election day need to get their heads examined..
R

Right, I am sympathetic with the tea party(on an ideological basis), but voter intimidation is wrong. Some very small part of me understands wanting to marginalize the opposition, but to do so with coercion instead of persuasion is wicked(imo).

Not that I think any of you do, but fear them not... they are powerless.


Ragnarok said:
Right, I am sympathetic with the tea party(on an ideological basis)
Click to expand...

Thanks James, I agree. So, are you leaving or changing? 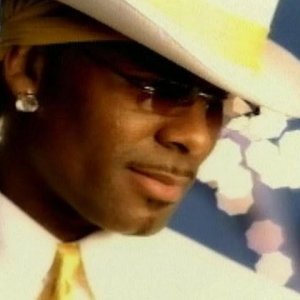