...In Tanzania, there has been a grotesque rash of albino killings: 54 people have been murdered since 2007, though observers say more incidences go unreported. Renegade witch doctors have convinced locals that there are magical properties in the blood, bones and skin of people with albinism, which has created a sickening black market where the limb of an albino can bring in anywhere from $500 to $2,000. In a country where the per capita income is roughly $450 a year, that's a macabre fortune.

....meet the family of Eunice Bahati -- an 11-year-old girl with albinism who was butchered in the family's two-room mud hut -- only one room away from her two sisters.

The Tanzania Albino Society (TAS) has called for the public execution of three people who were yesterday sentenced to death for murdering an albino.

Masumbuko Madata, 32, Emmanuel Masangwa, 28, and Charles Kalamuji, alias Masangwa, 42, all residents of Shinyanga Region, were sentenced to death by the High Court sitting in Kahama for the brutal murder of a 13-year-old boy.


"The society hopes that President Jakaya Kikwete will authorise the death sentences the soonest, and that the executions will be carried out publicly to show that the Government is serious in its war on albino killers," he said.

He commended the Government for expediting the trial and the High Court for "delivering justice".

Nominated MP Al-Shymaa Kwegyir said she was delighted by the sentence, adding that people who murdered fellow human beings had no right to live....

Skip Gates was vehemently attacked by some Black scholars for airing dirty laundry by showing maarkets that sold such products.
Not everything from back home is correct and exact,
for instance;
a caste system was basic among East Afica, according to Cheik Anta Diop, "PreColonial Africa"
This was something that made it hard for many freedom fighters during the 60s to redistribute the wealth, nationalize resources and implement socialism.
Also there is this;

Slavery is illegal in Ghana, but it continues to be practiced without much opposition from law enforcement. It is a well-known fact that children as young as 6 years old are forced to work at hazardous labor in the fishing industry and on cocoa farms. Young girls are forced to work in houses of prostitution, and the Trokosi practice of giving young girls (called trokosi) to village priests is still considered lawful after some 300 years.

The Ghanaian government passed a law in 1998 banning all forms of ritualized forced labor, namely slavery. However, the Trokosi practice is continuing, according to several human rights organizations.

The Trokosi Tradition, as it's formally called, is a practice in southeastern Ghana whereby families give their young girls to the village priests to atone for the sins committed by family members. If a girl is not available, boys or adults are sometimes, although rarely, used. Although also rare, a small number of priests may be female.

Trokosi means slaves or wives of the gods. The rationale has to do with providing sexual gratification and other services to those who serve the gods. In addition to being used sexually by the priests in the village shrines, a girl is also required to work long hours on the farms and do all the domestic chores without payment and sometimes without food, which her family must then provide. They may or may not attend school. A trokosi generally remains a priest's property for 3 to 5 years, depending upon the seriousness of the crime she's atoning for. If she dies during this time, her family is required to replace her. If the priest dies, the girl is passed on to his successor. If the crime she is atoning for is particularly heinous, she may be required to remain with the priest for many years, or even her lifetime. The trokosi have no rights of any kind; neither do they have any say in who will have sexual intercourse with them.

Tanzania : In Context Series: A Status Review of Private Universities and Colleges in Tanzania

Tanzania : Tanzania dumps English as its official language in schools, opts for Kiswahili

Tanzania : A Black Panther living in exile in Tanzania.
3 4 5 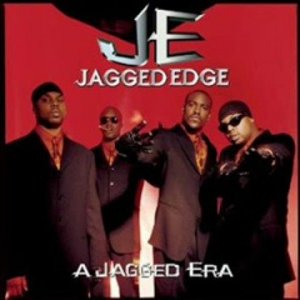