Brother AACOOLDRE : SWALLOWED UP IN DEATH: The Death of Jesus & Socrates

SWALLOWED UP IN DEATH: The Death of Jesus & Socrates

Marcus Aurelius, a famous Stoic, author of Meditations, and Roman Emperor described Socrates death as being Swallowed up. Disciples of Socrates helped Zeno, an Egyptian, form ideas for Stoicism.

I will demonstrate that Socrates wasn’t following a Stoic practice when he committed suicide by drinking the Hemlock ordered by the state in Greece.

The stoics taught you should “Leave another man’s wrongful act there where it is” Book IX:20 of Meditations. Your movement of deeds/actions were to be directed towards things within your power Book VIII: 7. Socrates had the ability to flee and go into exile and of course not to drink the poison. Jesus said “When you are persecuted in one place, flee to another” (Matthew 10:23). For that reason alone his crucifixion wasn’t his will or God will as we have been told but that of a revolutionary fighting the colonization of Rome and not paying taxes to it.

Likewise: the Stoics say: “if, however, any man by using force stands in your way, have recourse to contentment and tranquility, by employing this hindrance as a spur to the exercise of some other virtue” Book VI:50. Paul tips us to James, etal followers stoic attitude “In fact, you even put up with anyone who enslaves you or exploits you or takes advantage of you or pushes himself forward or slaps you in the face. To my shame I was that we were too weak for that” (I Cor 11:20. However Paul says in verses, (27-29), later that he didn’t get too weak to respond to evil by inwardly Burning (Hot). This was the binary aspect of turning both Cheeks to get slap without returning in Hot revenge or Cold love but maintaining your balance of “Lukewarm”. However some got the Stoic doctrines twisted and jump to their own death into the flames.

I think its important to talk about the past because we have Christians today having a perverted forms of thinking of Faith & Healing. I recently learned of a former friend and co-worker dying of high blood pressure. He wanted his faith to heal instead of pills that would have lowered his pressure. This is suicide from which his own faith says is unforgivable like bad mouthing the funky Holy Spirit. Now he leaves behind a half a dozen kids who must long-suffer with his unnecessary lost.

“Through the universal substance as through a furious torrent all bodies are carried, being by their nature united and cooperating with the whole, as the parts of our body with one another. How many a Chrysippus, how many a Socrates, how many an Epictetus has time already swallowed up”. Book VII:19 . Aurelius considers them “resolved into the elements”.

We have the church in Laodicea who were either Hot or Cold but were “Lukewarm” Balanced” and got “spat out” (Rev 3:1-22). For Paul Jesus death was victory in Swallowing up eternal death for eternal life. Paul tells his followers that all of us will not sleep but will be changed because believing in the Resurrection of the body produces victory over death see 1 Corinthians 15:1-58. This alone should indicate that “lukewarm” was doing something right avoiding being swallowed up but “spat” out.

In Conclusion I leave you with another quote from the Stoics:

The substance of the universe is obedient and compliant; and the reasonwhich governs it has in itself no cause for doing evil, for it has no malice,nor does it do evil to anything, nor is anything harmed by it. But allthings are made and perfected according to this reason.

Look within. Let neither the peculiar quality of anything nor itsvalue escape thee.

All existing things soon change, and they will either be reducedto vapour, if indeed all substance is one, or they will bedispersed.[Being reduced to vapor would be like Tefnut (Maat/Truth) who was Damp, mist, dew that makes up manna that becomes the body of truth/Jesus you ate when it grows on the Tree of life (Shu)]

The reason which governs knows what its own disposition is, andwhat it does, and on what material it works.

.(if you take posion from Satan you merge ito his evil acts)

Take pleasure in one thing and rest in it, in passing from onesocial act to another social act, thinking of God”. Don’t get caught up and Swallowed up in sin. 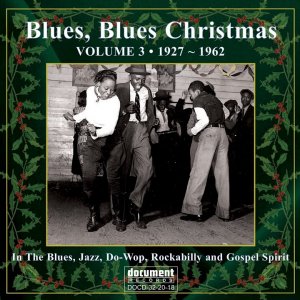