© AP Photo/Centers for Disease Control This illustration released by the Centers for Disease Control depicts a three-dimensional (3D) computer-generated image of a group of carbapenem-resistant Enterobacteriaceae bacteria. The artistic r…
LOS ANGELES (Reuters) - A large Los Angeles public hospital has notified scores of patients they were possibly exposed to a drug-resistant bacterial "superbug" during endoscopy procedures that infected seven patients and may have contributed to two deaths.
The 179 patients who may have been infected by the carbapenem-resistant Enterobacteriaceae (CRE) are being offered home testing kits that would be analyzed by the University of California, Los Angeles, hospital system, UCLA officials said.
The possible exposures occurred at the UCLA Ronald Reagan Medical Center between October and January during procedures in which a specialized endoscope is inserted down the throat to diagnose and treat pancreatic and bile duct diseases.
Hospitals across the United States have reported exposures from the same type of medical equipment in recent years, and the U.S. Food and Drug Administration (FDA) has said it was working with other government agencies and manufacturers of the scopes to minimize risks to patients.
The hospital system said it had been sterilizing the scopes according to the manufacturer's standards but was now using a more rigorous process.
"The two scopes involved with the infection were immediately removed, and UCLA is now utilizing a decontamination process that goes above a and beyond manufacturer and national standards," it said in the statement.
A UCLA spokeswoman, Roxanne Moster, said both scopes in question, which the hospital started using in June 2014, have been set aside permanently and will be returned to the manufacturer.
The condition and prognosis of the seven patients known to have been infected at Ronald Reagan Medical Center was not disclosed, nor were the circumstances of the two deaths in which CRE infection may have been a contributing factor.
Both the Los Angeles County Department of Health Services and the California Department of Public Health were notified as soon as the bacteria were detected, it added.
Superbug infections are difficult to treat because some of the bacteria have become resistant to antibiotics, and the U.S. Centers for Disease Control and Prevention said the germs could contribute to death in up to 50 percent of infected patients.
The complex design of the endoscopes linked to the California outbreak, known as duodenoscopes, may hinder proper cleaning, the FDA warned on Thursday.
The FDA said it wanted to raise awareness among healthcare professionals that the design is associated with a risk of multidrug-resistant infections even when a manufacturer's cleaning instructions are followed correctly.
There are three major manufacturers of the scopes: Olympus Corp, Fujifilm, and Pentax. Their disinfection recommendations were approved by the FDA.
The Los Angeles Times reported that UCLA became aware of the outbreak late last month.
In January, Virginia Mason Medical Center in Seattle said a bacteria spread through contaminated endoscopes had infected 32 people over two years.
Eleven of the patients infected between 2012 and 2014 eventually died. Because they were critically ill before being infected, it was unclear if the bacteria played any role in their deaths, health officials said.
Contaminated endoscopes also infected dozens of patients in Pittsburgh in 2012 and Chicago in 2014, health officials said. No fatalities were directly linked to those infections.
(Reporting by Steve Gorman, Dan Whitcomb, Curtis Skinner and Colleen Jenkins; Editing by Nick Macfie, Lisa Von Ahn and Lisa Lambert) 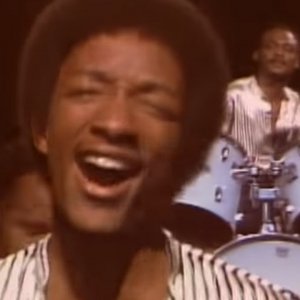