While black gay and bisexual men comprise a segment of the United States population more likely to be infected with HIV than any other, the group has not been found to engage in more HIV risk behaviors, researchers say, prompting a closer look at why the disparity persists.
According to a recent study published in the Journal of Acquired Immune Deficiency Syndromes, three factors may be driving the HIV rates among black gay men: age gaps between partners, sexual networks more tightly drawn by race, and the fact that partner familiarity affects condom usage.
For the study, investigators recruited 143 HIV-negative men who have sex with men (MSM) under the age of 40 of diverse ethnicities from across the U.S. Participants were asked to keep a weekly diary of their sexual encounters over a three-month period, updating the diaries every week. The group was also asked to score their partners’ age difference from them, their gender, familiarity and their perceived HIV status.
What they found: that while black men were considerably less likely to report having unprotected sex than other racial groups, they were the most likely to have sex with other black men (African Americans were 11 times more likely to have black partners than partners of another race) and more likely to have partners who are older than they are, a group shown to have higher rates of HIV as compared with younger men.
"What this study adds is that it found that interactions of risk factors, rather than single risk factors, were the most crucial determinants of higher HIV risk in black men," AIDSMap's Gus Cairns notes in a summary of the study. "For instance, while black men were less likely to have unprotected sex than other ethnicities, they were more likely to drop condom use once a relationship became long term."
So while black men do attempt to moderate their risk of HIV, and in some ways do so more consistently than other men, the much higher prevalence of HIV in the black community overwhelms these attempts, Cairns adds, questioning whether societal factors such as racism and the ‘ghettoising’ of HIV are also at play.
According to figures released by the Centers for Disease Control and Prevention last year, men who have sex with men experienced a 22 percent increase in new HIV infections between 2008 and 2010. MSM comprised about 78 percent of new HIV infections in men in 2010, and 63 percent of total new HIV infections in both men and women that year, the report said.


Gay Black Men HIV Rates May Be Result Of Small Sexual …
The Huffington Post7 hours ago
May 31, 2013 · ... if there is a rise in the HIV rates of gay Black men, there are only TWO contributing ... Study Reveals Why HIV Rates Are Soaring Among Gay Black Men.

Hmm....I'm always concerned about my cousin who is gay...
My aunt's 3 best male friends who were gay all died of AIDS.

The irony...just went on fb and he said he took a HIV and AIDS test and passed...

MsInterpret said:
The irony...just went on fb and he said he took a HIV and AIDS test and passed...
Click to expand...

12 hrs ago
Twenty years ago, the idea of an AIDS vaccine was closer to science fiction than reality. But now, researchers from the University of Sao Paulo plan on starting primate tests for their HIVBr18 vaccine later this year. Yeah, science! Though the scientists say the vaccine, at its current stage of development, won't eliminate the AIDS virus from an organism, it will maintain it at a viral load low enough that the infected person will neither develop an immunodeficiency nor transmit the virus. The Sao Paulo Research Foundation says monkey trials are expected to last two years, after which the first clinical trials in humans could begin. [Source]

You know what always sticks in the back of my head? Is what if this is some kind of black population control device? We seems to be bearing the brunt of this virus here in America. I read somewhere where we more AIDS diagnoses, and suffer the most deaths than any other racial group in America.

In addition to having a high rate in these areas, we should also wonder why do we have a shorter survival times when compared to other races. 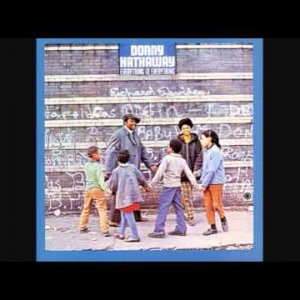