I have spent over 20 years researching all sides of my family history. I know. Some of you have heard or read about this before. In the course of this research, I have had to accept some disturbing facts. Mostly related to the legacy of slavery. Yeah. Here we go again. Not really though. This post is a little different. Its about one slave master in particular who shows up in my family tree. After all these years, I can no longer ignore him or pretend he does not exist. I discovered him recently while digging through my Louisiana roots. As I was searching through the records for a branch of my family named "St.Martin", I was led to some Louisiana Slave Records, which opened the door that I was searching for. The path through Saint Dominique (prior to the Haitian Revolution) back to the Congo. The deeper I go into the path, the more that is revealed to me, so please excuse me if I seem "strange" to you.
Building A Global e-Networking Community Focusing on Black Genealogy/Family History and the Cultural/Spiritual Traditions of African people worldwide. EWOSA Village @facebook.com. Follow my blog at http://blkrootsworker.blogspot.com/?m=1

The St. Martins are descendants of Pierre Bauchet St. Martin, who immigrated to Louisiana from Canada, and who in 1758 was the owner of a plantation on the present site of Algiers. The family has had a long and distinguished record of public service. A large group of papers relate to Louis St. Martin (1820-1893), who was elected to the U.S. House of Representatives in 1851, 1866, 1868, and 1884; was register of the United States Land Office for the Southeastern district of Louisiana from 1846 to 1849; and was the first registrar of voters in New Orleans.

There are three Pierre Bauchet St. Martin's in my family tree. The Elder and his son were notorious plantation owners and ruthless slave traders. I found this out diging recently through those slave records. However, it is only today, after all these years, that I found the following:

The Louisiana revolt was led by a man named Charles, a laborer on the Deslonde plantation. The revolt began some 50 or so miles up river from New Orleans. On the evening of January 8, the insurrection spread to the Andry plantation some 35 miles from New Orleans. At about 8 P. M. [enslaved persons] led by Charles and his lieutenants overwhelmed their oppressors. Armed with cane knives, hoes, clubs and few guns, the insurgents marched down the River Road toward New Orleans. They declared themselves free and rallied behind the chants (“On to New Orleans!’) and (“Freedom or Death”). Their numbers swelled as they moved from plantation to plantation on the East Bank of the Mississippi river, traversing about 25 miles (the distance between the present day towns of Reserve and Kenner).

The leaders were intent on creating an [enslaved persons] army, capturing the city of New Orleans, and seizing state power throughout the area. Following the example of the Haitian revolution, they sought to liberate the tens of thousands of [enslaved people] held in bondage in the territory of Louisiana. The [enslaved] rebels armed themselves as best they could with a few guns, cane knives, hoes and other farm implements. As their numbers swelled into the hundreds, they divided into companies, each with an officer. Some of the leaders were mounted on horseback. Arrayed in columns, with flags flying and drummers beating out a rhythm, they headed down the River Road. Their destination New Orleans, the territorial capital. Their guiding principle, (“Freedom or Death”]. The plantation of Louis-Augustin Meuillon was one of the larger estates in St. Charles Parish. An inventory made just months before the uprising lists 70 adult [enslaved persons] on the property.

At about nine o’clock that evening, they were attacked by a force led by Major Derrington, made up of advanced elements of the U. S. militia, regular troops and merchant marine from New Orleans, represented by the solid Red line. [Display map not included with this extract] The attackers were repulsed and the rebels retreated to the sugarhouse. During the middle of the night, the rebels retreated upriver to the plantation of Bernard Bernoudy and encamped. The broken Red line represents the forces led by General Wade Hampton. [Display map not included with this extract] They left New Orleans in the afternoon of January 9 and arrived at the plantation of Jacque Fortier at the time of the attack by Major Derrington’s forces. The next day at about 9 A. M., Hampton led his forces and those of Derrington upriver to the Beroudy plantation. Meanwhile, on the evening of the 8, Manual Andry escaped from his plantation, crossed the river to the west bank and organized the militia). Despite the rebels’ best efforts, they were not able to succeed. They ran out of ammunition and could not match the well armed forces arrayed against them. Many leaders and participants were killed by U. S. troops (both militia and regular units. By January 19, the revolt was crushed. Some of the leaders were captured and executed. Their heads were cut off and placed on poles along the River Road and at the gates of the city of New Orleans. The [enslaving} owners hoped that this grim spectacle would terrorize the other [enslaved people] into submission.***

Some rebels were summarily executed when they were held for trial and most of these were executed in short order. In St. Charles Parish, the tribunal was composed of Jean Noel Destrehan, Alexandre Labranche, Cabaret, Adelard Fortier and Edmond Fortier, along with Pierre Bauchet St. Martin, acting as judge. Beginning at 4 P. M. on January 13, through January 15, they issued death warrants for a 21 [enslaved persons] for the crime of insurrection. These men were sentenced be shot by a militia detachment, each one in front of the residence to which he belonged. The tribunal decided that the heads of those executed would be cut off and put up on the end of a pike, at the place of execution, (“with the goal of making a terrible example”] for all who might in the future seek to win their freedom by force of arms. The sentences were carried out without delay.

The following is another link regarding the Slave Rebellion led by Charles Deslondes.

omowalejabali said:
The following is another link regarding the Slave Rebellion led by Charles Deslondes.

WHAT WAS IT Regarded as the largest Slave Uprising in the History of the U.S.
The 1811 German Coast Uprising was a slave revolt that took place in parts of the Territory of Orleans on January 8-10, 1811.

WHERE DID IT TAKE PLACE The revolt took place on the east coast of the Mississippi River in what are now St. John the Baptist and St. Charles parishes, Louisiana.

The German Coast (French: Côte des Allemands) was a region of early Louisiana settlement located above New Orleans on the Mississippi River — specifically, from east to west, in St. Charles, St. John the Baptist, and St. James parishes of present-day Acadiana.

HISTORY OF THE AREA:
Its name derived from the large population of German pioneers who were settled there in 1721 by John Law and the Company of the Indies. When the company folded in 1731, the Germans became independent land-owners. Most of the German Coast settlers hailed from the Rhineland region of Germany, the German-speaking cantons of Switzerland, and other places today called, Bayou des Allemands and Lac des Allemands. Gradually, the German immigrants intermarried with the Acadians and their descendants, and began speaking French. Together with other settlers, they helped create Cajun culture.
WHO WAS INVOLVED One of the leaders was Charles Deslondes, a free person of color from Haiti
HOW MANY PEOPLE KILLED Whites: 2
Slaves: 66 killed in battle, 16 executed, 17 escaped or dead 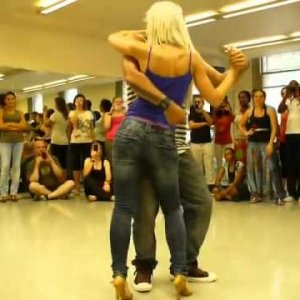