Please stop beating your children,you are weakening their minds,and making a slave!

We’ve watched all things personal undergo very public makeovers on
reality TV , our noses, our houses, our cars and jobs and spouses.
But something more fundamental may have quietly fallen victim to a
makeover as well: our moral identities and how we treat our children.

There's a different between spanking and beating / beat downs upon
our children today, not only that we verbally abuse them moreso then ever
Verbal abuse (also called reviling) is a form of abusive behavior involving
the use of language. It is a form of profanity attack on them....................
Poetic flow, Poetry of a poet! Be a Premium member today and enjoy all the fruits .
S

Maybe one of the problems is the fact that that people always see/refer to OUR children. What I'm meaning is that in the words we use we imply ownership of children and we believe we have a right to make them do as we wish. Now I know in a practical sense with very young children this is almost inevitable....
But, I hope when I eventually have children I would view them less as my property and more as God's children who he has placed me in care over - that from the go-get they are people as valued and valuable to him as any adult.

Can you show proof of this? I personally believe in the bible quote,"Spare the rod,spoil the child". What I see these days are kids hitting parents because parents have taken similar approaches such as this. What is "time out" or punishment going to do when a child knows he/she can rule you?

Do you have children? Have any of them made it to or through the teen years? I know a LOT of people with STRONG minded children, their parents can't tell them jack. I have a co-worker who ASKED his teenaged son to mow the grass, the kid told him "Why can't you do it?" He did not challenge the kid thinking he was just kidding. When he returned the kid was in his room playing video games and the yard had not been touched. He told the kid that he was going to take the video game from his room until he completed the job. The kid jumped in his dad's face and declared that he wasn't taking anything. This kid has never gotten a "beating" in his life. (Other than when he mouthed off on the basketball court and got the beat down from another strong minded kid)

My son is 4 inches taller than me. We wrestle, in play, all of the time. He is physically stronger than me but because of speed and technique I usually win our wrestling matches. He would NEVER THINK of getting in my face in defiance. He is about 2 FEET taller than my wife/his mother. He would NEVER THINK of getting in her face in defiance. (He will put up a resistance sometimes hoping she will change her mind but as soon as she says "Oh, ok, don't worry about it, I will just let your dad deal with you" it's "Yes Ma'am, I will get on it"

Personally, I have never tried the passive parenting styles or the kinder, gentlier parenting techniques but I have seen many children who have been raised by those techniques and I know many parents who have fallen into that trap. They are constantly at odds with their children. IMO, passive parenting just doesn't work.

That being said, I do not endorse abuse. Don't beat your child with a broom stick, belt buckles or an extension cord. Don't beat them in anger. Use spankings as discipline to train therefore utilizing the minimun to bring about compliance. Don't stop short of what is necessary to bring about compliance, but don't go overboard either. Make sure you have heard their side of the story and that you have explained to them why they are getting a spanking and what they need to do to avoid the spanking in the future...ie what are your expectations of them.

That's my opinion, it works at my house, and I am sticking to it. 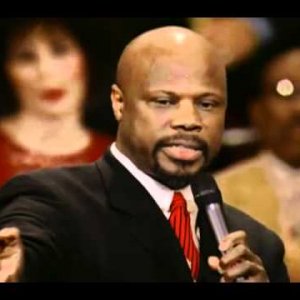