“There is no more wood, baby. Jaliah, why didn’t you bring in more wood?”

Jaliah looked up from his prayers. The last of the kindling was slowly giving up the ghost but not much heat. He said a few more quick words to the Lord and rose to his feet. “I will get more wood.”

He looked at his daughter shivering beneath a thin blanket. “It’s a day of rest. How can I rest when my little girl is cold?”

“The Lord is just. I was just speaking to him. He didn’t give us the law to make us miserable.”

He kissed her, donned his cloak, and walked out.

Jaliah saw his neighbors coming. There was Simon and Laviah, Rehone and Esther. He gave them a sheepish smile. “I didn’t have as much fire wood as I thought. Little Jezilah is cold, and I’m out here . . .”

They grabbed him. They actually grabbed him and dragged him before that man everyone said brought them out of some place called Egypt. That was before he was born, but he must have done it. Everyone said he had. What was his name? He looked like a reasonable man. If Jaliah just explained . . . “I was just . . .”

The man turned away and went into his tent. As usual, Jaliah heard nothing. No whisper of conversation, but the man soon came out.

Jaliah couldn’t believe this. There must be some mistake. He turned to his neighbors. “The Lord is a just god. He wouldn’t begrudge a father . . .”

They looked dismayed as they took up stones.

He gazed at them and then at the field beside them. “Why do you hunger? Do you not see all this corn ready to be plucked?”

He stepped into the field and plucked an ear of corn from its stalk. His disciples saw him do this and followed suit.

Scribes, white robed and righteous, rushed out of the temple.

“Your disciples do work on the Sabbath, which is not lawful.”

Brandishing an ear of corn like a scepter, He faced the hypocrites. “Come now. Which one of you having an ox that falls into a pit on the Sabbath will not haul him out, even on the Sabbath?”

“Don’t play tu quoque with us. We know only the law.”

“The Sabbath was made for man not man for the Sabbath.” 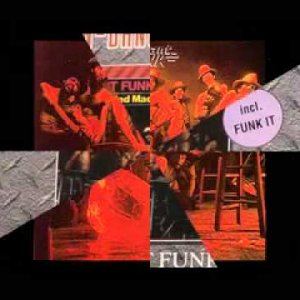