PAUL NEITHER HOT OR COLD: LIKE A BLACK HORSE

Paul mention twice in his letter to the 2 Corinthians in chapter 6 and chapter 11 that he received hardships, imprisonments , beatings with rods, avoiding bandits and false Brothers, stoned, flogged but was able to maintain a state of “Righteousness (Law) in the right hand and in the left”. Paul calls this type of Righteousness in his hand a weapon from Christ and is identified as Love for the law by reducing it down to one statue of Love he restricted to withholding only to those in his faith/gospel everyone else was cursed (Galatians 1:8-9). The only thing that counts in the Law is faith expressing itself through love your neighbor as yourself (Galatians 5:6-15). Brother James 2:17 said faith without works is dead. If I went to the state legislature is said that all of their volumes of books on the Law will just focus on Love they would laugh me out of the gallery as a madman.

However, James thought Paul wasn’t whole within the Law and was therefore incomplete and unbalanced. With that being said the imagery of the Black Horse with unbalanced scales in hand (Rev 6:5) would fit Paul perfectly.

In chapter 6 of 2 Corinthians 6:3-11 he says in conjunction with some of the abuses cited above that he keeps an opened wide heart to the Corinthians with affection he hopes they will trade back in a fair exchange. We know this Love Paul had wasn’t cold because Jesus said to stand firm/endure and not to let your Love grow cold to wickedness of those who persecute you (Matthew 24:9-14).

Paul in 2 Cor 11: 23-29 cited some of the abuses above didn’t affect his duties to the pressure and concern for all of his Churches and that he didn’t inwardly Burn (Hot).

So if Paul was asked if he was Hot or cold he would of said neither. Paul would have said he didn’t pay evil for evil but a blessing and showed his enemies hospitality and made Satan head burn hot with coals with good (Romans 12: 13-21). However, this is his claims and the opposite may have been true.

Robert Eisenman, who authored James the Brother of Jesus Volume 1 p.257said: “The Habakkuk pesher used to describe the hot anger with which the wicked priest [Paul] pursued the Righteous teacher (James) with whom he helped to kill in 62AD after he received his Vision/dream like state of his encounter with Jesus who asked him why he was persecuting him and his followers.

Paul was a liar and a comedian and we can’t trust him with nothing he has to say about anything. He’s the black horse you should avoid riding on. Paul was Hot and Cold and should be swallowed up by Satan and spit out into hell.

Paul says he was too weak to accept slaps, pushing around those that enslave and exploit he could not Love 2 Cor 11:20. In later verses he said people who were wicked and beat him didn’t result in him doing sin he just focus his love between Church members

Brother AACOOLDRE : Was Paul turned into a Venus star parody?

Brother AACOOLDRE : Just what was Paul's doing with Scales in his eyes 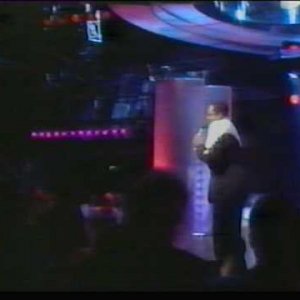