YingYang11 said:
So it really did originated in Africa. By why did the Africans give the people of Europe and the middle east the tradition to "control them"? Why can't they let old habits die hard?
Click to expand...

From what I read is that European Elite took stories from Egyptian/Sumer text and made it their own and basically falsified stories. Christianity the religion wasn't created in Africa, it was created by white people. The bible is based off ancient Kemitian stories. Here is a good video if you can get through it.

Christianity means simply "a follower of Christ." Jesus was born in Africa, not Europe. The Jews from whom Mary, mother of Christ, originated came out of Egypt, i.e., Africa. Like I said, Christianity may have come to black Americans in a circuitous way, but the twists and turns, it originated in Africa.

Since no one else wants to take a shot at defining "paying your dues...."

Paying your dues: To put in hard work for a goal before reaping success.

Just because you're a good writer doesn't mean you can write a legal brief and have it stand up in court. Just because you've studied the law doesn't mean you can argue YOUR case before the courts and win. YOUR in caps because you can't argue anyone else's case in a court of law unless you first "pay your dues" to be a lawyer by going to Law School, graduating, and passing the bar exam in the state you want to practice law. In short, put in the time and work (pay your dues) before you can put up a lawyer's shingle.

pay one's dues
1. Lit. to pay the fees required to belong to an organization. If you haven't paid your dues, you can't come to the club picnic. How many people have paid their dues?
2. Fig. to have earned one's right to something through hard work or suffering. He worked hard to get to where he is today. He paid his dues and did what he was told. I have every right to be here. I paid my dues!
See also: due, pay
McGraw-Hill Dictionary of American Idioms and Phrasal Verbs. © 2002 by The McGraw-Hill Companies, Inc.
pay your dues
to work hard or do something unpleasant over a long period in order to achieve something: I've looked after four kids for sixteen years, I've paid my dues, and now I want some time to enjoy myself.
See also: due, pay
Cambridge Idioms Dictionary, 2nd ed. Copyright © Cambridge University Press 2006. Reproduced with permission.
pay your dues
to earn respect because you worked hard to develop a skill: She paid her dues playing in small clubs in New York before an album made her famous.


Another example: The homeless man who criticizes the house another man built.

"Where's YOUR house? You want to say I shouldn't have put a bay window in the back of the house I built, but not only are you homeless, but you've never built a house. Until you "pay your dues", i.e., actually build a house from the ground up - like I did - admire, learn from, whateva, but don't tell me you, who haven't even built a dog house, know from books OR experience how to build a better house than I do." (goes to "earn respect" and "work hard" in the above definitions).

Shalai said:
From what I read is that European Elite took stories from Egyptian/Sumer text and made it their own and basically falsified stories. Christianity the religion wasn't created in Africa, it was created by white people. The bible is based off ancient Kemitian stories. Here is a good video if you can get through it.
Click to expand...

Go ahead and watch the videos, If I can remember I'll post the other videos about who the great patriarchs are. And socalled Jesus christ. According to our black historians Jesus Christ never existed.

YingYang11 said:
I watch a lot of those ghost shows on channels like Destination America and I was wondering how most races view spirituality and the afterlife. On T.V I have only seen white psychic mediums and have seen no other race. It seems that they heavily focus on the existence of ghost and that in the afterlife most of your family is waiting for you happily and that they are protecting you from constant danger. I don't know it just seems too "simple". There are either good spirits or bad spirits and that angels will protect you if you have enough faith. I mean some of the stuff I believe, but not all of them.

I tried to find black psychic mediums and how Africans approach spirituality online , but I have receive useless information. The only thing close to black spirituality I have receive is from that movie
"The Last Exorcism 2"and the black people in their did not receive a happy ending.

Each race (a better word would be culture) has their own definition and interpretation about the afterlife.

Us atheists and science people from any part of the world are convinced it's all baloney, a feel-good concept made by people who are afraid of death.

Black Spirituality Religion : The Religious/Spiritual Battles for the souls of Humankind. And the winner is...
2

Black Spirituality Religion : should any spiritual leader b wealthy?
9 10 11 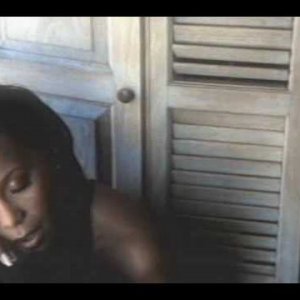