Black People : Southern Africa says "No" to US military bases in region:

Old news. The military base in Africa is over and done with. It ain't happening. Let me speed up your rate of posting articles on this issue. I'll post the latest three articles. Hold on for a minute.
M

The US military bases were primarily targeted for the Gulf of Guinea (Nigeria, Angola area) where all the oil was at. But the nations in that region were not having it. So, event one. Could these nations muster enough internal politics to stop the bases?

The Federal Government has begun moves to frustrate the plan by the United States to establish a military base in the Gulf of Guinea.
The oil-rich gulf is bordered by Nigeria, Angola, Chad, Equatorial Guinea, Gabon, and Sao Tome and Principe
US has been desperately wooing some countries in the West Africa sub-region to allow her establish a military base to protect the strategic gulf for sometime now.
The move, according to US, is to protect the area from alleged external aggressions but with America now looking in the direction of Africa for her energy needs given the instability in the Middle-east, many analysts say the move is to protect her oil interests. .
Defence sources, however, told THISDAY last night in Abuja that the Federal Government was already discussing with heads of government of the African Union and leaders of the sub-regional body, the Economic Community of West African State, on how to block any move by US to establish a base in the gulf.
"Nigeria is not taking the issue lightly at all and the government is not going to allow the US establish any military base anywhere in the ECOWAS region. The interest of the US government in the Gulf of Guinea has reinforced the commitment of the government to intensify its efforts at providing the needed security in the sub-region," the source said.

It was learnt that the Federal Government was worried by the terror alert raised by the US authorities last week and saw it as a ploy to label Nigeria and countries in the sub region as unsafe in order to get the opportunity to create a military base in the region.
As a first step to checkmate that plan, the FG has vowed to frustrate the campaign by the US to establish a base in the gulf.
"The government of this country is not ready for any blackmail. What they cannot get through the back doors they want to get through blackmail. We are not going to succumb to that game,” the source said.
THISDAY also learnt that the Defence Headquarters has concluded plans to visit Pentagon, in Washington, to further discuss the issue with the US government.
"In a few weeks from now, some top military personnel will be in the US to present papers on the plans by the African Union to establish an African Command, which will be charged with the responsibility of providing the needed security in the continent.
"We really want to let the US and other countries of the world know that we are capable of protecting the resources within our continent. Nigeria is one country that will continue to move against any plans by the US government to establish a military base in our sub-region. We cannot afford to allow them do that, otherwise we will be finished as military,” he said.
Last month, a delegation of the Government of Equatorial Guinea had visited Nigeria and signed a memorandum of understanding with the Nigerian Navy in the area of security, training and equipment.

Also, African oil production accounted for approximately 11 percent of the world’s oil supply, while the continent supplied approximately 18 per cent of the US net oil imports.
Both Nigeria and Angola were among the top 10 suppliers of oil to the US.
Click to expand...

Well, as we now have it, these nations did pull it off. Their resistance poured cold water on the primary motivation for setting up military bases in Africa. America got the wind that they were not wanted in Africa.

Whelan was speaking at an American Enterprise Institute conference in Washington, D.C.

She said that apart from the "forward operating site" which the U.S. Defense Department had been operating in Djibouti since 2002, "we will have no bases… and we will not be deploying U.S. forces on the African continent."

However, Africom as a command structure "will have a presence… in the form of staff officers" throughout Africa, she added. Nevertheless, "no more than 20 percent of the entire command will actually be physically present on the African continent."

Whelan also noted that a significant percentage of the command staff would be civilians from other departments such as the U.S. State Department, the Treasury, the Department of Commerce, and the U.S. Agency for International Development.

The conference, entitled "Africom: Implications for African Security and U.S.-African Relations" brought together experts from the United States and Africa.

"We don't want to be any place that doesn't want us," Whelan said, but having staff based on the continent would help manage the "tyranny of distance" that results from being out of touch with activities on the ground.

"The biggest concern of the DOD [Department of Defense] is not how to get involved in Africa, but how to stay out of Africa," Whelan said.

"Africom is not about dropping military troops on Africa," she added, or "competing with China."

The announcement of Africom has been met with skepticism in Africa, and retired U.S. Air Force General James L. Jamerson of the Lockheed Martin Corporation acknowledged that "the key is acceptance in Africa" but that "we have a ways to go."

Lieutenant General Tsadkan Gebretensae of the Center for Policy Research and Dialogue in Addis Ababa said the skepticism is "legitimate" and warned that African and American security priorities are not necessarily the same.

General Tsadkan warned against a "huge military presence" that could "bring [back] memories of colonialism." It would be best to "go slow" and "build trust," he said.


He was, he said, "still not absolutely convinced that it's a good idea, but it is there and I believe it can be made into a good thing," citing the "success story" of the United States' part in peacekeeping in Liberia.

Wolfowitz addressed African skepticism to Africom by noting that "it wasn't Africans themselves who brought all this horrible conflict to the subcontinent… the U.S. and the Soviet Union had a fairly big role in supporting their various allies in the Cold War."

He said the effects of U.S. support for former Congolese President Mobutu Sese Seko provides a "fairly understandable" reason for African reluctance to see the American military on their soil.As a result, we have:
Click to expand... 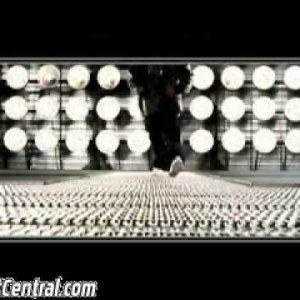