the dirty dirty for now

Occupation
build up the nation

Thank you for posting this, this is very serious!!!!

Thousands of websites are limiting content or going completely dark today in a global protest against a pair of anti-piracy bills currently being debated in Congress. The 24-hour protest has been organized to call attention to the Stop Online Piracy Act (SOPA) and its companion bill, the Protect IP Act (PIPA), which would radically expand the enforcement of copyrights in a way critics say undermines a free and open internet. According to SOPAStrike.com, more than 10,000 websites are taking part, including the online encyclopedia Wikipedia and the search engine Google.

This is just so sad. In my opinion this is a violation of Consitutional Rights and etc. They are again trying to stop free speech. It seems like too, that the rich are trying to control what they choose to benefit them. Also, I believe that technological advancement has caused media and communication to go way beyond the scope of control and for this reason, this type of trying to bully other humans is going to eventually turn back on the very perpetrators. You can't control human rights without affecting you own and now, due to technology, this type of bullying just might backfire soon than it has done in the past, ...because this is by far, not the first time American government has dont this type of thing. For me, it's like the norm... 'my ancestors had to shout loud inside the church so the masters knew what they were saying all the time'. smh.

In regards to people trying to make money and sale their works, it should be protected, but as far as using material by the standards of copyright law, and making sure that the original author is noted for their work is something that goes back to the beginning of any civilized system, therefore what is the problem!? I just don't get it entirely. You can't stop humans form doing something and then marking and dating it, and then other humans who continue to refer to it. To try and stop this kind of human communication methods would create much problems even in the education sector that goes way beyond the borders of America, in my opinion. Maybe in terms of some instance, the copyright law is not affective anymore and this may be the problem perhaps. Some material has perhaps is so old or has become so universal tht no matter, no one person or organization can control it and perhaps this may be apart of the problem? this government can't stop other countries from getting ahold of everything and then causing it to circulate right back into American consumer hands!? We've gone too far in the technological world, this is what I'm thinking about now. I mean, if they go after one person, or cite, soon they might have to get their own grandma too! Man!

Perhaps these rich and powerful leaders just want to control others for turning the recorders and cameras on them and quoting their negativities. The truth is coming out and they just don't like it and are still trying to hide their mess...by bullying.

It seems like these kind of actions are the fruit the system trying to complete what they had already planned and that is to turn this system into 'a military style government', a police state. They are trying to turn on their own civilians. The break down of a civilization is when the system starts to feel that it cannot continue and then they begin to turn and attack their civilians [a civilization against its civilians], again, this is my opinion based on what I'm hearing nowadays.

How is it that they can allow so much filth to infiltrate in certain ways and affect little children with all kinds of music, and porn material and etc. and not get upset on a wide scale about that but now they want to do something as drastic as what they are doing now? A few years ago, I heard that certain Americans got upset about shows and music shows and then soon, all unwanted material was sold to BET and then they got quiet. No major government program got involved in this regard but now they want to do something now on a governmental level. It just doesn't make since to me at all. If someone believe they have been infringed, then why can't they just deal with it themselves and take it to the courts? Why would this government think it is right to take this approach?

It was not long ago back in the late spring or fall that the Banks started thier plans and people all over the world began to protest. Then I just recently heard about the light bulbs and thankfully, this was squashed and consumers can still buy what they choose due to the products being avaliable.

All in all, I guess I'm not sure what the motives are but it's obviously big because it has caused some major companies to get riled up! Wikipedia, Yahoo, Google...Man! I think I read that one of the co-founders of Yahoo just retired. At any rate, I think that this government is getting ready to cause problems for other people they perhaps did not want to harm but in order to get at the masses and attack free speech, they don't care, but hopefully this all will backfire on them. I like some of the comments though in response to the link you left.

Thanks for the information!

Here's two comments that I liked and has got me thinking:

This has absolutely nothing to dow ith copyright infringement of movies or TV shows. That is all a complete distraction. This bill has everything to do with blocking access to sites like Wikileaks.

Controlling information is the ultimate power, and this bill is all about making sure the government controls information.

As a friend of America, have to tell you guys - you are shooting yourselves in the foot. Not only do you have an immense debt brought on by all those wars we in my country helped you lose, but now you are going to stop your citizens accessing content that others in the world will be able to access. The creative process that is at the base of democratic freedom and industrial development is almost dead now thanks to your legal system. SOPA just might throttle it totally. Sounds bit like North Korea really, not the land of the free that we all love.... God bless America! Posted by
grahammorphett (3 comments
) November 21, 2011 11:27 PM (PST
***The Star of Bethlehem***

Black People : The Shut Down

Black People : North Carolina shut off Welfare and Day Care during the shut down 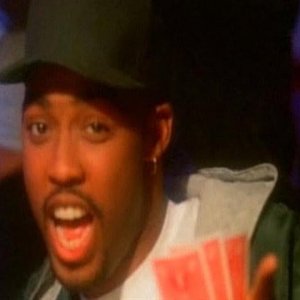