Black Muslims : Some Benefits of Islam


Some Benefits of Islam


(1) The Door to Eternal Paradise

(4) Forgiveness for All Previous Sins


(1) The Door to Eternal Paradise

God has said in the Quran:


And give good news (O Muhammad) to those who believe and do good deeds, that they will have gardens (Paradise) in which rivers flow.... (Quran, 2:25)

Race one with another for forgiveness from your Lord and for Paradise, whose width is as the width of the heavens and the earth, which has been prepared for those who believe in God and His messengers.... (Quran, 57:21)

The Prophet Muhammad told us that the lowest in rank among the dwellers of Paradise will have ten times the like of this world,1 and he or she will have whatever he or she desires and ten times like it.2 Also, the Prophet Muhammad said: {A space in Paradise equivalent to the size of a foot would be better than the world and what is in it.}3 He also said: {In Paradise there are things which no eye has seen, no ear has heard, and no human mind has thought of.}4 He also said: {The most miserable man in the world of those meant for Paradise will be dipped once in Paradise. Then he will be asked, “Son of Adam, did you ever face any misery? Did you ever experience any hardship?” So he will say, “No, by God, O Lord! I never faced any misery, and I never experienced any hardship.”}5

If you enter Paradise, you will live a very happy life without sickness, pain, sadness, or death; God will be pleased with you; and you will live there forever. God has said in the Quran:

But those who believe and do good deeds, We will admit them to gardens (Paradise) in which rivers flow, lasting in them forever.... (Quran, 4:57)

God has said in the Quran:


Those who have disbelieved and died in disbelief, the earth full of gold would not be accepted from any of them if one offered it as a ransom. They will have a painful punishment, and they will have no helpers. (Quran, 3:91)

So, this life is our only chance to win Paradise and to escape from Hellfire, because if someone dies in disbelief, he will not have another chance to come back to this world to believe. As God has said in the Quran about what is going to happen for the unbelievers on the Day of Judgment:

If you could but see when they are set before the Fire (Hell) and say, “Would that we might return (to the world)! Then we would not reject the verses of our Lord, but we would be of the believers!” (Quran, 6:27)

But no one will have this second opportunity.

Real happiness and peace can be found in submitting to the commands of the Creator and the Sustainer of this world. God has said in the Quran:


On the other hand, the one who turns away from the Quran will have a life of hardship in this world. God has said:


But whoever turns away from the Quran,1 he will have a hard life, and We will raise him up blind on the Day of Judgment. (Quran, 20:124)

This may explain why some people commit suicide while they enjoy the material comfort money can buy. For example, look at Cat Stevens (now Yusuf Islam), formerly a famous pop singer who used to earn sometimes more than $150,000 a night. After he converted to Islam, he found true happiness and peace, which he had not found in material success.2
_____________________________

Footnotes:
(1) i.e. neither believes in the Quran nor acts on its orders

(2) The present mailing address of Cat Stevens (Yusuf Islam), in case you would like to ask him about his feelings after he converted to Islam, is: 2 Digswell Street, London N7 8JX, United Kingdom.
A

(4) Forgiveness for All Previous Sins

Black Muslims : I'd like to inquire of Nation of Islam... 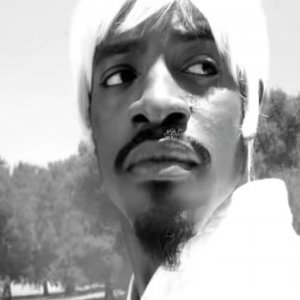