Somalia : Somalia: U.S. Sends in the Marines and Drones

Ankhur said:
US prepares for military intervention in Somalia

The Obama administration is preparing a new military intervention in Somalia under the pretext of humanitarian concern for starving drought victims. The media has fallen into line with a campaign mixing crocodile tears and hand-wringing with denunciations of the Islamist movement al-Shabaab, which is blamed for the deepening crisis.
Just as the bombing campaign in Libya was launched with appeals to save the civilian population of Benghazi from slaughter, so now a fresh intervention is being prepared in Africa supposedly to save the starving children of Somalia. This is a cynical exercise in public deception.
Al-Shabaab is at most 10,000 strong, according to a report produced for the US Council on Foreign Relations. Its most loyal forces probably amount to only a few hundred fighters. It has no organisational connections to Al Qaeda, according to the National Counterterrorism Center.
Yet US officials blame this organisation for the present famine. “The relentless terrorism by al-Shabaab against its people has turned an already severe situation into a dire one that is only expected to get worse,” US Secretary of State Hillary Clinton declared last week.
In fact, it is Washington that has denied aid to all areas of Somalia that are not under the control of the US-backed Transitional Federal Government (TFG), meaning that aid is restricted to a few square miles. “We are committed to saving lives in Somalia and we are already working in any area not controlled by al-Shabaab,” Donald Steinberg, deputy administrator of USAid told a press conference in London. “Unfortunately, about 60 percent of people affected are in al-Shabaab territories.”

Global Research welcomes submissions of news and opinion articles. Sources and references should be indicated where applicable with a view to ensuring a high degree of accuracy. For web based references, hyperlink addresses of main sources should also be indicated where applicable to enable readers to access key documents. Texts must be carefully edited prior to submission. Contributors are requested to submit a final draft. Revisions and/or updates to the text of the article will not be added once the article is published. Global Research has the discretion to edit articles and undertake minor modifications prior to publication. While Global Research welcomes broad political critique and analysis, we do not publish polemics directed against individual authors.

Clyde Coger said:
In the Spirit of Sankofa,

Global Research welcomes submissions of news and opinion articles. Sources and references should be indicated where applicable with a view to ensuring a high degree of accuracy. For web based references, hyperlink addresses of main sources should also be indicated where applicable to enable readers to access key documents. Texts must be carefully edited prior to submission. Contributors are requested to submit a final draft. Revisions and/or updates to the text of the article will not be added once the article is published. Global Research has the discretion to edit articles and undertake minor modifications prior to publication. While Global Research welcomes broad political critique and analysis, we do not publish polemics directed against individual authors.

It's all about the fine print huh, my good brother

nixprophet said:
It's all about the fine print huh, my good brother

But on a more serious note, they (white folks) continue to speak with forked tongues, we learned that from you know who.

America's War in the Horn of Africa: “Drone Alley” – a Harbinger of Western Power across the African Continent
US Military Confirms Washington’s Secret New War in Somalia Despite Official Denials


US military sources have confirmed that the Obama administration is engaged in a new war in the famine-hit Horn of Africa region.

The disclosure in the Washington Post [1] comes only days after other prominent Western media outlets, including the New York Times and the Financial Times, carried denials from the US government that it was involved in directly supporting Kenyan forces that invaded Somalia on 16 October.

Global Research first reported on 19 October [2] the lethal use of US drones in attacks on various locations across southern Somalia in a coordinated air campaign to assist the advance of Kenyan ground troops deep into Somali territory held by Islamic insurgents. We reported that US drones began attacking Somali targets days before the Kenyan army began its incursion, and have continued in a pattern that indicates American air power is being used to pave the way for ground forces as they advance towards the southern port city of Kismayu – the main stronghold of the Al Shabab insurgents, which the US government accuses of having links with Al Qaeda.

It is believed that scores of Somali fighters and civilians have been killed over the past two weeks by US unmanned aerial vehicles (UAVs) that have attacked several cities and towns, including Qoqani, Afmadow and Kismayu. Global Research also reported on 26 October [3] that French naval forces had joined the bombing campaign – again despite official French denials carried in Western media – and that the conclusion from these military developments was clear: Washington and Paris are now engaging in a secret new war in East Africa ¬– a region where up to 12 million people are at risk of starvation from years of drought and Western-induced conflict.

On 27 October, the Washington Post cited US military officials confirming the deployment of attack and surveillance drones in “a rapidly expanding US-led proxy war against an al Qaeda affiliate in East Africa”. The UAVs – also known as Reapers or Hunter Killers – are believed to be operated from a site in southern Ethiopia, Arba Minch, as well as from US bases in Djibouti and the Seychelles in the Indian Ocean.

The WP report states: “The [US] Air Force has invested millions of dollars to upgrade an airfield in Arba Minch, Ethiopia, where it has built a small annex to house a fleet of drones that can be equipped with Hellfire missiles and satellite-guided bombs. The Reapers began flying missions earlier this year over neighboring Somalia… The location of the Ethiopian base and the fact that it became operational this year, however, have not been previously disclosed.”

This disclosure of US military operations in Somalia amounts to an admission that Washington is at war. However, the Washington Post, while stating “rapidly expanding US-led proxy war”, does not highlight the legal implications of that startling admission, concentrating its reportage on technical and logistical issues that are providing “support for [US] security assistance programs”.

Iranian news channel Press TV – citing civilian eyewitnesses and Kenyan and Somali military officials – has been one of the few media outlets that has consistently reported the almost daily lethal US drone attacks in southern Somalia since the Kenyan invasion. However, even Press TV has not drawn the explicit conclusion that this amounts to war.

While the other Western news media, including the BBC, Reuters and the New York Times, had earlier reported increased US drone activity in Somalia between June and September, these outlets appeared to have dropped coverage of the deadly attacks being reported since and just before 16 October.

Following the disclosure in the Washington Post, the BBC on 28 October seemed to resume its coverage, with the headline: “US flies drones from Ethiopia to fight Somali militants”. The BBC, as with the WP, does not view this as an act of war, and stressed that the “remotely-piloted drones were being used only for surveillance” – contrary to evidence on the ground.

As well as playing down the fact of US-led war in Somalia, the mainstream media now seem to be crafting a new narrative for the military offensive. The initial pretext for the Kenyan ground invasion faithfully repeated in the Western media was the “hot pursuit” of kidnap gangs allegedly belonging to Al Shabab. It is true that there has been a spate of kidnappings of Western holidaymakers and aid workers from Kenyan territory by gangs suspected to originate inside Somalia. However, there is no proof that Al Shabab has been involved and indeed the militant group has denied any involvement.

Now it seems that the rationale being given for the Kenyan invasion and Western “technical support” has subtly morphed into an extension of the “war on terror”. Al Shabab has been waging an insurgency against the Transitional Federal Government in Mogadishu, which was installed in 2009 with the support of US and other Western governments as a bulwark against the Islamists. The TFG has only managed to maintain a tenuous grip on power thanks in part to Washington’s military and economic support and to the presence of thousands of African Union troops from Uganda and Burundi.

Al Shabab is on Washington’s terror list and is accused of having links to Al Qaeda. However, many Western analysts do not consider Al Shabab to be a regional threat. The Council on Foreign Relations, the Washington-aligned think-tank, estimates that the group has only a few hundred hardcore combatants and that its alleged links to Al Qaeda may be no more than rhetorical. Nevertheless, the militants have prevented the pro-Western TFG from gaining control of the country. In that way, the group has thwarted Washington and Western geopolitical dominance of the strategically important East African maritime territory.

Somalia : U.S. sends dozens of troops to Somalia for 1st time in decades

P
Somalia : Washington sends fuel to the fire in Somalia rather then water 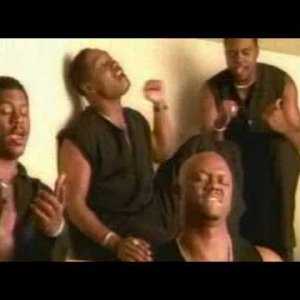