Black Spirituality Religion : So many lies, but this one is true! - Jesus Never Existed

I never argue with a woman, never, ever, ever! I'm undefeated in battle simply because I fight the ones I know I can win. Lol.

UBNaturally said:
Well hurry up and work that ish out!

With all due respect of course
Click to expand...

KingSango said:
I never argue with a woman, never, ever, ever! I'm undefeated in battle simply because I fight the ones I know I can win. Lol.
Click to expand...

... if i must take the time to have such dialogue

descriptive titles and threads being in the right place ... are old policies

there was no attempt to censor you ... and the accusation didn't make things no better

i just get tired of folk whining and complaining ... when i'm doing all i can to have this space here for us

there's only so much i'm gonna take ... before i come out swinging ...

beautiful response ... i think we'll be okay Brother KingSango ... which is a great end to this ...

Listen to this and then we can discuss more.

KingSango said:
Listen to this and then we can discuss more.
Click to expand...

This brother points out a very key feature of what is wrong in the minds of most Afro-centric folk today. How can you be Afro-centric yet have an European philosophy? The bizarre ways of the talented tenth have confused most African Americans, that you can be in a Greek society or Masonic Lodge and still tout Africaness. I mean brothers and sisters at the Atlanta Morehouse and Spellman center will be hardcore African clothing wearing and be in a Greek society. Their idol Dr. W.E.B Dubois is responsible for this dual mindedness, he wrote in his book the Souls of Black Folks, that Blacks have a double soul? How so? It's because he was a assimilatist, he wanted to be included in everything that the Whiteman did. This is reasonable since Dr. W.E.B Dubious father was a wealthy White gentlemen, who as his beneficiary Dubious was able to acquire the means to be the first Black to attend Harvard University. Yet most African American light skinned or not don't descend from such a background so having to tussle with loving your white family and your black family is no issue to them.

Many folks think that integration started the end of the Black American independence but I concur it was the introduction of talented Blacks into Greek society and Masonic orders. Thus began the decline of seeing free thinking Blacks who represented the best and brightest of us supposively. How does this play into the Christian religion? The talented tenth also includes some of the most prolific African American preachers this confuses the masses. They talented tenth are also anti-grass roots as they answer to Big Brother in terms of owing their wealth ties to the White power structure, since they seem to undermine any independent grass root effort to be free of White power structure.

Christianity is the biggest trick of getting people to assimilate and give up their right to freewill. It's not that I'm promoting total freewill for we must be bound to something. But the boundary that has been successful for most world people's has been sticking to their ancestor's traditions, religion and culture. Going outside of our Egun and not paying tribute to the empire and civilization builders has hurt us inspirationally, we aren't inspire to build and leave something for our children. We are instead a wandering people, clinging to the likes of another people whom have shown historically they care only to exploit us. Christianity is White Supremacy hidden in plain sight, all of the Catholic Churches most precious artworks of Jesus Christ, the angels, prophets and worldly people are White. I have no beef with people painting God in their image but when that image is feed to a different people that becomes brainwashing and mind programming not sincere religion.

Black Spirituality Religion : So many religions in the world...then why...
7 8 9

Black Spirituality Religion : Are there Many Gods or One God with many Names?

Black Spirituality Religion : How to pray many different ways for Black Christians 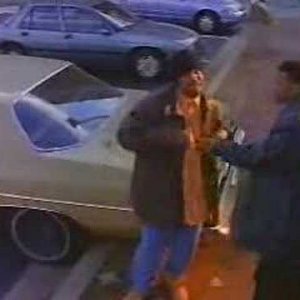