Sniffing Dirty Laundry: A True Story from “the Help’s” Daughter By Bernestine Singley


This stellar piece was originally published at author/essayist Bernestine Singley’s blog, www.beforebarack.com. We think it’s an amazing piece and an excellent counterpoint/perspective to include in the conversation about the book/move “The Help” with its various glosses and erasures. For even more historical context, check out this statement from the Association of Black Women Historians.
Dr. Singley’s piece follows below.
–p&j bennu
———————-
[Note: I hope to grow this piece as we get closer to the release of Stephen Spielberg's silver screen travesty based on Katheryn Stockett's atrocity, "The Help," the latest in a too long line of completely fabricated, studiedly oblivious, and teeth-clenchingly familiar paeans to The-Black-Woman-Whut-Raised-Me genre that white (mostly) Southerners just can't seem to let die. I might not be able to bury the genre, but I can **** sure write a hole through it. Right now, this is all I've got time for. But I'll be back.]

A white girl, all grown up, zooms through cyberspace and finds me at my desk in 2006. It seems she has a wedding dress encased in glass hanging on her wall and she thinks the framed frock has something to do with me. Mama is the link to this white woman’s object of iconic revelry. Fact is I’m not feeling very friendly towards my caller. It’s not her fault, and yet…
When my caller was very young, my mother, Odessa Singley, was her Grandmommy’s maid. On this nostalgic call, though, my Mama comes out of the caller’s mouth as “Odessa” just like it did back when she was seven and Mama was forty-seven. Mama—“Odessa”—was her “best friend,” she says; her anchor in a storm of sequential parents, relocations, and other family mayhem. “Odessa” was her harbinger of summers that began with packed bags and eagerly awaited trips to Grandmommy’s.
And, forty years ago, “Odessa” made the wedding dress hanging on the caller’s wall. Instantly, my caller becomes “the Wedding Princess” even though she never really was a bride because at seven, she was qualified only for the wedding getup, not for the wedding man. “I loved Odessa and she loved me,” she declares, whipping me back to the present. Her declaration of my mother’s affection for her stops me cold.
Call me crazy, but I’m thinking the maid might’ve been several steps removed from thoughts of love so busy was she slinging suds, pushing a mop, vacuuming the drapes, ironing and starching load after load of laundry. Plus, I know what Mama told us when she, my sister, and I reported on our day over dinner each night and not once did Mama’s love for the Wedding Princess find its way into that conversation: She cleaned up behind, but she did not love those white children.
But here I am: the phone pressed against my ear and the disembodied voice of the grown up Wedding Princess on the other end. I make a mental note: This is how being white, female, Southern, and 1960 can frame a conversation. Instead of pinning myself to the wall of Princess’ lovely memory, I gear up to pin Princess to the truth. In our imminent war of dueling narratives, mine is bout to kick some princess ***. 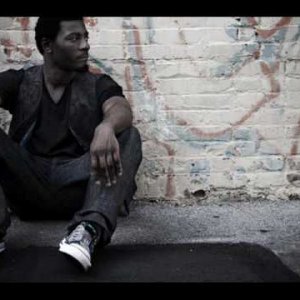