Black People : SLAVERY: WHY SHOULD WE FORGET ABOUT IT?

"Never again" "We will always remember you" "You are not forgotten"

Everytime an American tradegy happens we are bombarded with these sayings. From every event from the Holocaust, to Pearl Harbor, to 9/11.... We are told that we should never forget about these tradegies. What is the reason, you ask? Well if you were to ask that question you would probably be answered with the famous saying "Those who do not know their history are dommed to repeat it"


This is a common attitude for almost ever tradegy.


Except for one. Slavery.


I am curious to know, how is it that we are told that we should never forget about Pearl Harbor where 2,400 died, 9/11 where 3,000 people died, we are told to never forget the Holocaust where 6 million have died, yet when someone speaks about the humanity crimes that were done to the Africans where an estimated 80 million have died, (Yes, 80 ******* million) do we hear the same sentiments? Nooooooooo. We hear "You have to get past slavery" "It happened a long time ago" "We have to move on".

Well, judging from America's standard of remembering and further preventing tradegies from happening, I guess it is safe to say that basically America is telling us that they dont give a **** about what happened to us, and that black people shouldnt give a **** either. this is the country that yall so vehemently love and will fight for?

Before you begin to recieve what I am going to tell you, I want you to ask yourself the question... who would profit from telling us to forget about the slavery, the greatest tradegy that ever happened to us? Where did this idealogy come from? Did it come from the slaves? Or do you thnk it came from the slavemasters? What do you think would happen if black people began to keep slavery as a constant reminder of who our enemies are? Do you think we would be more aware of the slavery that still goes on today?

Well Im glad you asked that question. The answer is: you are damned right. Hearing you ask that question reminds me of a movie I saw. I once saw a futuristic movie about a man who was put inside a cage with an invisible force field. The interesting thing about this cage was that the walls were completely invisible, and when the prisoner was put inside of it, he didnt know he was in a cage. Until he tried to step outside of the box. I use that analogy for a reason. Everyday we are constantly bombarded with American bull**** propangda, telling us that we are in the land of the free. Come to America, the land of opportunity. Yet, when black people made an honest attempt to make it outside the box, we find out that the forces outside the box will push us back to where they want us to be. This is a fact that has been historically proven.

Bottom line, while white America reaps the benefits of slavery every day. Black people reap the consequences of it. From everything to the dissolved family unit, to the long generations of poverty and oppresion. If anyone would say otherwise, you are in denial, and should be whipped. I think that for a black person to suggest that we forget about slavery, should be classified as treason. Cat of nine tails for all of you.


I have so much more to say about this, but for the sake of those who complain about my articles being too long, I will end it with this:

have you ever done something wrong and just wanted it to go away?well america REALLY did it with slavery,that's why we always hear about[MOVING ON]and while we don't dwell on it 24-7,we should NEVER FORGET the greatest injustice done to one group of people in human history.
S

Soon as they forget and stop treating us as such, then maybe we will!
C

This seems to be most of our brothers and sistahs attitudes today.
The only time they remember slavery is when they've been treated as such.
All of a sudden they began to reflect,
during racial comments,
injustice with the police,
loans being turned down,
serving time,
rudeness and nastiness from white folks
Or when they are called the n word without remorse from an opposite race.
We should always remember slavery,
how can you be black/african and forget!
We might be free physically but mentally we have some work to do!
S

SLAVERY: WHY SHOULD WE FORGET ABOUT IT?

My spirit is naturally enraged when dealing with certain (spirits of) whites. It is similarly so when I hear reasons that we should just forget about slavery.
As Sister Destee so eloquently iterates "How dare you?"

There is perpetual NOW. No past or future exists outside the gift of now (that is why it is deemed the present). But what kind of gift is the 400 years we endured? It is not at all unlike a new born Fetus being ripped from the Mother's womb and stepped on until it is but a vague memory of what the child once was. Right before the very eyes of those Parents. So traumatic that they choose instead to close tight their eyes and mystify themselves with any illusion conjured so they may not need remember this horror.

That having been said, OPEN YOUR EYES WIDE. This IS indeed the brutal reality. I am simultaneously in the now of my Ancestors being hanged, burned, spit upon, and split in half while white folks watch eating ham sandwiches and play with their children. I am constantly in the now of my Mothers, Sisters, and Wives being savagely beaten and constantly raped while my Children get kicked back in the field with wooden planks brutally shoved in their rectums to control their loose bowels. I feel the tears running down their faces like some lucid nightmare from which there is no awakening.

This is what they offer us Brethren; a false awakening. One that serves to sooth our wounds and make us content that those tears are not our own. But rather, those of some historic figure to which we no longer have any connection.

I am forever in the now of my Family being treated literally as animals with no ties to me. I am justifiably that "Angry Black Man" who just happens to have mastery of his emotions. In fact, any "Man" not angry is questionable. And I personally find any One who thinks/believes/feels we should just forget about slavery most insulting. I am truly serious when I say I feel the will of my Brother being whipped and strung high. I hear his mind because I am his mind. And I always have his back. 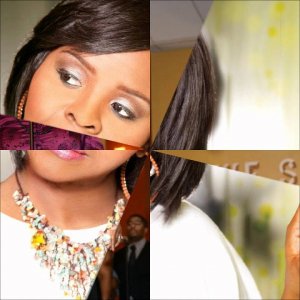