Simon Mwansa Kapwepwe, the second vice-president of Zambia, was born in Chinsali on April 12, 1922. At age 12, he became friends with Kenneth Kaunda who was also a Chinsali native. The two later met again at Lubwa Mission where they were trained as teachers. Kapwepwe started teaching primary school in Kitwe but he was already dissatisfied with the colonial government. In 1948, he was a founding member of the Northern Rhodesia African Congress, which was later to be come the Africa National Congress. He became a member of the national executive and was secretary of the Kitwe Branch. In 1949, however, Kapwepwe and Kaunda returned to Chinsali to start a farm. Kapwepwe remained active in the Chinsali African Welfare Association, which was used as the branch of NRAC.

In 1950, Kapwepwe quit teaching to pursue further studies (including Journalism) on a four-year scholarship to India. When he returned to Zambia on January 6, 1955, Kapwepwe found ANC without a leader as both Harry Nkumbula and Kaunda were in prison for having literature deemed subversive by the government. Kapwepwe took over the leadership and quickly acquired a reputation as a firebrand because of his persuasive oratory skills. Among his newly acquired policies were racial equality and passive resistance to colonial power. When Nkumbula was released from prison, he made Kapwepwe provincial president of Northern Province for ANC. Kapwepwe later became party treasurer but pushed for greater political activism. This eventually led to 1958 breakup in ANC, which lead to the formation of Zambia African National Congress. In fact, it is believed Kapwepwe suggested the name "Zambia" to identify the territory and the party. Later ZANC's name was changed to United Nation Independence Party (UNIP).

In March 1959, Kapwepwe and other leaders of ZANC were detained by the government and Kapwepwe was incarcerated in Mongu. He was released in December 1959 and before he left the Barotseland, he organized provincial and district branches for UNIP there. A year later, he and Kaunda went to London to lay the foundation for Zambia's independence at the Federal Review Conference. During the 1962 elections, Kapwepwe challenged Dauti Yamba and won convincingly beating Yamba 3840 to 84 votes. UNIP formed a coalition government with ANC and Kapwepwe was named Minister of African Agriculture.

When UNIP won control of the Parliament in 1964, Kapwepwe became the Minister of Home Affairs. In September, as the country neared Independence, Kapwepwe became Minister of Foreign Affairs, the post he held for three years. As Foreign Affairs Minister, he blasted the British government for failing to stop or control the Unilateral Declaration of Independence in Rhodesia.

After being dissatisfied with some policies in UNIP, Kapwepwe lead a rebellion within UNIP in 1967. He successfully challenged Vice President Rueben Kamanga for the number two position within the party. He was also elevated to the Vice President of Zambia position. As vice president, he had an influential say in the nation's economy but some of his ideas were rejected by Kaunda. He also pushed a campaign to preserve traditional Zambian culture, especially calling for the use Zambian languages in school.

Kapwepwe's political victories brought tribal dissension with UNIP and Kapwepwe was disheartened to see that the strife drawn along tribal lines and so he on August 25, 1969, Kapwepwe offered his resignation as both Vice President of the country and deputy party leader. Kaunda, however, urged him to rescind his decision. He, however, wanted to drop the Minister of Finance job and take on Minister of Culture portfolio. Kapwepwe was also given the Minister of Provincial and Local Government.

In October 1970, Kapwepwe lost the Vice President post but retained the Minister of Culture and Minister of Local Government portfolios. Mainza Chona was named as his successor.

When rumours surfaced of new party of the Copperbelt called United Progressive Party, Kapwepwe was linked to it but he remained silent about it until Kaunda fired four Bemba Cabinet ministers he had linked to UPP. This move forced Kapwepwe to resign from the government and from UNIP and announced that he was the leader of UPP. This was in August 1971. On December 21, 1971 when elections were held to fill the vacant posts, Kapwepwe easily won the Mufulira West parliamentary seat but his was the only success with UPP.

On February 4, 1972, UPP was banned and Kapwepwe and 122 members were arrested and detained. He was kept in prison for nearly a year. He was released on December 31, 1972. A day later, the one party state (deemed the Second Republic) came into effect, effectively shutting down any chances for Kapwepwe to form a new party.

But the government was not done with him. On February 3, 1973, Kapwepwe was arrested and charged with possession of two guns and received a two-year suspended sentence. A trained journalist, Kapwepwe sued Times of Zambia, Zambia Broadcasting Services and Zambia Daily Mail for libel and won the cases. The cases had stemmed from reports that Kapwepwe was sending people for military training outside Zambia. The reports were proved to be false. He quit politics and went back to his farm in Chinsali.

On September 9, 1977 he was asked to return to UNIP for the sake of national unity. The following year, he ran for UNIP's nomination for presidency of Zambia but a last-minute change in party rules disqualified him and Harry Nkumbula. He retired again and went back to Chinsali.

In January 1980, while he was visiting his daughter, Dr. Sampa Kapwepwe, in Kalulushi, Kapwepwe suffered a stroke on January 24 and died two days later.

Footnote: It is believed that when Kapwepwe suffered the stroke and while he was still conscious, he asked for a pen so that he could write something but the stroke had paralysed his right side and he could not write with his left hand. In frustration, he tossed away the pen and whatever he had wanted to tell the world before he died, went with him to his grave.
Click to expand... 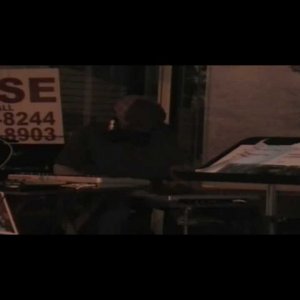