Black Short Stories : Should I continue or start something new?

Amahle ran as fast as he could, muscle aching, he could feel his heart pounding against his chest and his lungs imploring for air. He had until sunset to reach his home town of Mhlahlandlela. He had lost track of time, as usual, socializing with the boys of a near by village, despite his mother's instructions to be home in time for evening meal. The risk of punishment would have been worth it if Amahle's mother had prepared goat's head for diunner. Amahle couldn't help but to pity the poor animal and the eyes, staring lifelessy ahead, always upset him. Still, Amahle looked forward to his mother's stories about the history of the Ndebelele people, about Mzilikaza, the first Matabele king who, upon conflict with the Zulu ruler Shaka, lead his people north across the limpopo river and eventually established Matebeland before Amahle had been born.

"Where have you been, Bwana?", Amahle's mother teased as he ran panting inside the family compund. "Your sadza is getting cold". "Amahle is home, Amahle is home!", his younger sisters yelled, happy to be reacquainted with their big brother. Amahle sat down on his favorite stool, digging his fingers into the warm, freshly cooked ugali and dipping a piece into some beans. "I was with Bakhile", Amahle told his mother. "How is his mother and his family?", Amahle's mother inquired. "They're fine", he shrugged.

"The sadza tastes differently today, Mama", Amahle said. "I made it with 'special' millet that I borrowed from Awakiwe, the old lady who lives by herself and rarely talks to anyone" his mother replied. Amahle knew the hermit she was talking about. Some of his friends thought she was a witch but Amahle didn't believe in sorcery. The old lady had invited Amahle inside her hut and given him some sugar cane once, grinning at him with missing teeth while he enjoyed his snack. Amahle smiled shyly, she may have been peculiar but Amahle was convinced that she was just a kind, old woman.

Amahle yawned as he wrapped himself in his blanket and prepared to sleep. He was looking forward to the next day. His father, an important man in the village, had promised to take him to see the ruins of Great Zimbabwe. He could hear the cricket's singing as he slowly drifted into sleep, images of Awakiwe and her toothless grin fresh in his mind.

Amahle awoke to find himself in the ravine, about 10-15 minutes away from Mhlahlandlela, lying in a bed of dirt near the river. "How did I get here, what's going on?", he asked himself, perplexed by the situation. The only conclusion he could come to was that he had sleepwalked to the ravine during the night. Not fully satisfied with this explanation, he made his way home. "Your father tells me that you had a good time", Amahle's mother greeted him as he arrived.

"I only woke up not so long ago", Amahle replied. "I was in the ravine". "You are nearing the age of ingoma, Bwana, it isn't honourable for a man to tell lies" his mother criticized disapprovingly. To this, Amahle had no reply as he made his way somberly out of the family compound.
Click to expand...

That's all, so far. If I continue, the probable explanation for his having awoken in the ravine will be that during the night, he split into two clones, the other evil, and his evil clone placed him there. The evil clone will try to kill him so he can replace his life, lol. Should I continue or try something else? I haven't written a short story since I was 10 (I think). Criticize this.

Black Authors : 7 Black Women Science Fiction Writers. Everyone should know about them

Poetry Discussion : Why should anyone buy your poetry book?
2

D
Black Authors : For those who wanted to maybe start trading or borrowing books. 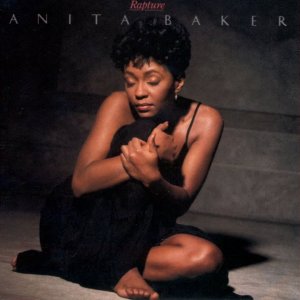