Black Relationships : SHE IS ~NOT~ YOUR BABY'S MAMA...

Is Pastor Manning speaking about traditional religious marriages, I believe so. One of the main reason for bringing up this subject is for us to shift our thinking just alittle and consider what this concept of being "un-wed" really means.

In our society "un-wed" means you did not go through the procedures of a traditional marriage. You didn't get married in a court setting, church setting or any setting for that matter with a licensed person with the power to marry two people. And this is what we've been calling "marriage."

As if such marriages somehow stop what they are calling an "epidemic" of Black Men not raising their children from happening. I just watched a show not to long ago, that Nanny show where White folks call a Nanny in to teach them how to discipline their own children. You can be married and living at home and not raise your children. The Father was going to work and coming home everyday and refused to spend time with his children, instead he wanted them to play video games all day, and so did the Mother because she wanted to have time to herself. His argument was that he was the only one working and needed his rest to go to work everyday and pay all the bills.

There are many Fathers living in the home who hate their children too. But the real question is, if the Man pays for everything is he required to provide his time for the child as well. No. Even the Gov't says No. So that has nothing to do with marriage, it boils down to money.

So we mean to say if Men were paying ALL the expenses they could have all the babies they wanted to?? Precisely.

Let's think about Kim Porter's close to $35,000 monthly child support check. Would that amount cover the basis for raising one healthy child under America's standards? It should.

So marriage has never been the issue, in fact I would say for those like Pastor Manning this issue will be used to sell religious values as somewhat of a "quick fix" for long generational issues. There is no quick fix for this. There is no" let's get married" and everything will be OK. Life will just figure itself out after you throw that bouquet. No. But in a the real world a Man and Woman are married anyway from two situations.

So the real solution to this problem will arrive when we figure out systems that generate MONEY for OUR children through our child producing Mothers and Fathers. We also have to stop treating the creating of babies as a crime. This is a cursed thought form that is directed at us by those want us to stop producing to being with.

Yet, it's still not just about money, but that's all we have left since our communities is broken. And if the community is broken so is the family, and if the family is broken that means the Man is broke.

Why is she my Wife??

A "Wife" is actually not what religion has made her out to be.

There are couples that have been living together for years, 10 years even 20 years that are "un-wed" so-called by society's standards because they have no marriage license. There was no legal act of commitment. No public acknowledgment of the bond. So the Man will not refer to the Woman as his Wife and the Woman will not refer to him as her Husband.

But what happens when he gets sick? Who do they call?

Are they basically "playing house" or are they married? Naturally they are married. This is another reason why "shacking up" was so forbidden in Grandma's day. That is marriage period. But it's a marriage that has been degraded by religious and Gov't standards because these two parties want to control and manipulate how families are organized to begin with.

Point the finger at Black Men and Black Women all you want. The problem is societal. Pastor Manning and those who think like him have tunnel vision. Black America is barely functioning outside the chicken coop of poverty, and yet our relationships are somehow unrelated? Ironically those who stand in the pews and not in the streets are very slow to realize that the Church itself shares that burden as well.

The teachings about marriage and relationships through the eyes of most religious minds are so void of truth those who subscribe to them are learning terrible forms of socialization, leading to some of the problems we face in our relationships.

What is a "Wife" really outside the scope of religion? Outside the doctrines of being submissive and a housekeeper or homemaker? Outside the context of being property and a commodity that can be brought and traded?

The etymology of the word "Wife" suggests simply that she is a "WOMAN" basically that is what "Wife" means.

Somehow with this term "Baby Momma" we have allowed the "Woman" to umbrella herself underneath the child. It sounds like a nice idea, but it's not truth. The truth is, the Woman comes first and then the child. But we have so many White emotional Dr. Phil type psychologist telling us otherwise.

If the Man dislikes the "Woman" element, how could be love the child? And then a Man can't be reduced to "Mr. Money bags" either, which is another reason why most Men fight so hard as well. Remember the "poverty" issue comes into play here. Black Men especially have always been communal earners, the breaking down of our communities and families have ensured that Black Men overall do not have a good footing when it comes to employment. If we fixed that main problem we'd see how fast some of these issues disappear.

Baby Momma is actually derogatory to what a WOMAN actually us. Yes she is a Mother, hence the "womb" part. But overall and long before that - she is a Woman, meaning -equal to the Man- even more so because she is a Man PLUS a womb. 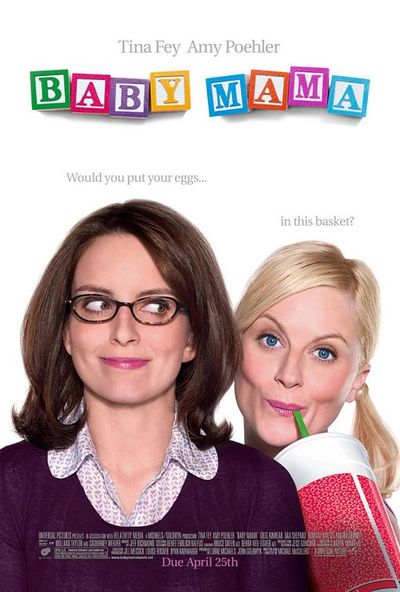 Still, it does not stop White Media from cashing in on these terms does it?

Suggesting that she is your Wife and your WOMAN and not your "Baby Momma" is something young Women should start drilling into their own heads as well. Too many young Women are saying to young Men "let's have a baby together" or "will you be my baby daddy."

Sperm will get you sent to prison if you don't know how to use it.

These are the realities we need to understand. But since "Baby Momma" and "Baby Daddy" are such accept terms, the act is acceptable as well, the patterns and equations have already been established for generations and thus the cycles will continue.

But when we realize that "commitment" is in the act itself when we as Men make an "honest Woman out of" as in marry, as in making a girl into a "Woman" i.e "Wife" through the act of creating a child, and even through the act of cohabitation then perhaps we will understand the full spectrum of our relationship as Parents, Pair-rents is not just to children.

The Man's main job is taking care of the community as well as his Woman. So while we might complain about the child issue, the community issue is just as dire, even more so.

Not all Black Men are avoiding their responsibilities. In fact some Men are going to jail for trying to earn money the best way they know how for the sake of their Women and children. How many of us are behind bars doing hard time for petty crime? Didn't Biggie Smalls says he was out on the corner trying to make money to feed his daughter? But who is providing the opportunities for Black Men to make money to provide for their Women and children? Is Pastor Manning? Or is his Church and other Pastors like him simply using the Church as a means to get themselves rich instead of using the Church as a means to stabilize the income potential of the community?

Beyond my own understanding

Somebody is working hard to break down paradigms!!

Speak on it Brother Meta!!!
J

Beyond my own understanding

I agree...Not fond of the term "baby's mama" or "baby's daddy"...what else should we call them when we aren't married to them?

I have other nick names (inappropriate) that I call my daughter's dad...lol

MsInterpret said:
I agree...Not fond of the term "baby's mama" or "baby's daddy"...what else should we call them when we aren't married to them?

I have other nick names (inappropriate) that I call my daughter's dad...lol
Click to expand...


However, how about "my co-fornicator and accessory to single-parenthood?"


However, how about "my co-fornicator and accessory to single-parenthood?"
Click to expand...

[email protected] I don't think I could call him that without laughing...

[email protected] I don't think I could call him that without laughing...