When Stephen Young watched Shani Davis win the gold medal Saturday, he felt like he was watching one of his own kids.

Ten years ago, Young's son Andrew, a close friend of Davis', was killed. Young never forgot his son's friendships and stayed close to Davis and other skaters at the Robert Crown Center in Evanston, where Davis learned to skate.
"I'm as proud of him as if he were my own son," Young said. "I sent him an e-mail [Friday] and said, 'No matter what, we love you'"

Young was among about 60 members of the Evanston Speed Skating Club who gathered to watch a taped broadcast of the gold-medal race in downtown Chicago at ESPN Zone on a 16-foot screen—even though they already knew what the outcome would be.

Gerard Rux, 8, wore a plastic gold medal and a USA cap as he waited for the race. A few weeks ago, Davis ran one of his practices, giving the Chicago boy tips on his crossover turns.

"[Davis] makes it seem real," father John Rux said. "Look around this room. Who knows? In eight or 12 years, we could be having another party for one of these kids."

Paul Fleishman, 43, another club member, said it was important for the club to show support, especially after criticism in the media and from Davis' teammates.

"If he had read those press clippings, he might wonder if anyone supports him, " said Fleishman, wearing a Shani Davis T-shirt. "He should know that those of us in Chicago and in his club care about him."

Like Young, many of the skaters have known Davis since he was barely old enough to lace up his own skates.

"He was the kind of kid who went beyond what I'd ask," said his childhood coach, Sanders "Sam" Hicks, founder of the 32-year-old skating club.

Davis has moved on to bigger rinks but Crown remains his home. The Olympic champion is a regular at holiday parties, posing with speedskaters so young "they look up at him like he's a skyscraper," says Jinai Gordon, a 20-year-old figure skater who also works at Crown.

"It's a victory for the little guy. He's taken his bumps and bruises, but he's worked beyond all of that," says Wale Kadiri, a longtime friend and skater who is African-American and knows the challenges Davis has faced.

"It's good for other African-American kids to see that there are sports other than basketball, baseball or football," Kadiri said. "It opens other doors."

I the immortal words of Afrika Bambaata and Soul Sonic Force from their song Renegades of Funk: "No matter how hard you try you can't stop us now"...

It was so good to see that. What really made me mad was his teammate,Chad Hedrick, tried to upstrage him by saying he wasn't a team player because he didn't wanted to participate in the relay. And all is this wasn't true. It is so sad to see Chad hatin' on Shani like that because Shani got more media coverage winning his gold than Chad. Even after all of that, in the race they both competed in, Shani got a silver and Chad got a bronze. So, Shani left Turino with a gold and a silver which is so good to see black people go and do something that is out of our comfort zone and win. This goes to show you that we can do anything we set our mind to do.

Black Sports : How bad are the Bills? Cornerback Vontae Davis retired at halftime on Sunday
2 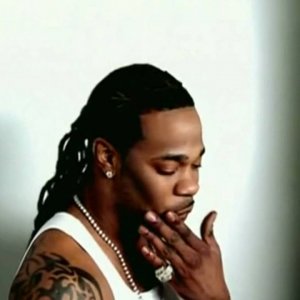