Throughout the ages the spiritual doctrince which is concealed within the architectural phraseology of our modern Craft system (masonry) has undergone the influence of many different traditions of of the Ancient Wisdom. The student, therefore, who seeks to analyse the craft as it stands today often finds himself lost in a bewildering maze of various tributaries of knowledge, and is apt to pore indefinately over a mass of fragmentary facts without perceiving their inter-relation or being able to coordinate them into one comprehensive scheme.

It is now generally acknowledged by those competent to judge, that of all the ancient peoples the Kemites were the most learned in the wisdom of the secret doctrine (no suprise there) ; indeed, there are some who would have it that Kemet was the mother of mysteries, and that it was on the banks of the nile (hapi) that the royal art was born. We can affirm, without entering into any contraversy on the matter, that the wisest of philosophers from the nations visited Kemet to be "initiated" in the sacred Mysteries; Thales, Solon, Pythagoras and Plato are all related to have journeyed from Greece to the delta of the Nile in quest of knowledge: and upon returning to their own country these "illumined" men each declared the Kemites to be the wisest mortals, and the Kemetic temples to be the repositories of sublime doctrines concerning the history of the Gods and the regeneration of men. To the earliest period of Kemetic metaphysical speculation belongs the legend of Auset and Ausar, and we find the story of the dying God recurs in many of the great world religions; also it is an established fact that the life, death and resurrection of Ausar became the prototype for numerous other doctrines of human regeneration.

The story, as it has descended to us in the account given by Plutarch, has not been amplified by modern research, nor has any new key been found to unlock this sublime drama, which may weel be termed the "Passion Play" of Kemet. Plutarch himself, however, says that "the mystic symbols are well known to us who belong to the brotherhood." and his intimitation suggests that the interpretation of the myth as it is given by him in his "Isis and Osiris" will reveal its hiddent meaning to students who are already familiar with the principles of the doctrine. Moreover, a perusal of the introductory remarks made by plutarch discloses that these are of special significance, for if he, by any word or symbol, reveals even a small part of the sacred mystery to the uninitiated, we may fairly claim that such revelation is to be found in the following excerpt from the text of his work:

Isis, according to the Greek interpretation of the word, signifies knowledge; as does the name of her professed adversary Typhon; insolence and pride, a name therefore extremely well adapted to one, who, full of ignorance and error, tears in pieces and conceals the that holy doctrine, which the Goddess collects, compiles and delivers to those who aspire after the most perfect participation of the divine nature.

We have in this passage a clear indication that Ausar is to be regarded as the personification of an Order of learning, because Plutarch identifies him beyond question with the "holy doctrined." or, in other words,the Mystery tradition. Hence, we may further deduce that since, in the Kemetic system, Djehuti personifies the whole sphere of knowledge, so Ausar embodies the secret and sacred wisdom reserved for those who were proficients in the ancient rites. To the Elect, therefore, Ausar represented "primordial knowledge," and he signified not only divine "at-one-ment" with the absolute (which is the end of all illlumination) but by his life, death and resurrection, he also revealed the means by which mortal consciousness could attain that end. State alternatively, the personality of Ausar typifies the institution erected by the ancients in order perpetuate the deathless truths of the soul.

IN the Kemetic metaphysical system, Set-Typhon, the conspirer against Ausar, is the embodiment of every perversity; He is the negative creation; He is black magick and sorcery, teh black brotherhood and his wife,Nephthys ( Nebt Het) is the institution through which he manifests. The traditional history relates that Typhon lured Ausar into the ark of destruction, stated to be it chest of coffin (the symbol of material organisation the imprisonment of the soul in the physical body), at the time when the sun entered the house of scorpio, i.e. the 17th day of the second month of teh Kemetic year (corresponding to the month of November in our calendar); hence we know him to be the type of eternal negative, the betrayer of the lord, namely Judas. In the initiation rites Typhon is also the "tester" or "Tryer" (the Lord who is against us") personifying ambition the patron of ruin. Typhon was assisted in his "impious design" to usurp the throne of Ausar by the Typhon and his seventy two co-conspirators. These conspirators represent the three destructive powers "the three ruffians," which are preserved to modern freemasonry as the murderers of the Master Builder; they are ignorance, superstition and fear. Thus the advent of greed and perversion marked the end of the Golden Age, and with the death of Ausar, Typhon forthwith ascended the throne as regent of the world. It is further narrated that in consequence of the material organisation of the social sphere with followed upon the exile of Truth to the invisible world, Auset, mother of the Mysteries, was so defiled and desecrated by the profane, that her sages and prophets were forced to flee into the wilderness to escape the machinations of the evil one. At this stage, Auset, now represented by the scattered but still consecrated body of Initiates, began the great search for the secret that was lost; and in all parts of the world the virtuous in "grief and distress" raised their hands to the heavens, pleading for the restoration of the reign of truth. Continuing their search in all parts of the earthy and throughout the innumerable ages, the congregation of the just at last re-discovered the lost arcana and brought it back with rejoicing to the world over which it once ruled. In this manner, we learn, Auset by magick (the initiated prieste were magickians), resurrected the dead God, and union with him brought forth an order of priests under the collective title of Heru. These were the Heru Seshta, the chief of whom wore the dog headed-mask of Anpu (anubis). Anpu was the son of Ausar by Nebt Het (the material world) and represents divine man, or the mortal being who rose to enlightenment.

Ambition, however, personified by Typhon, knowing that temporal power must die if divine power, in the form of Truth, became re-established in the world, put forth all its might to again scatter the doctrine, and this time so thoroughly that it should never again be re-discovered. If, as Plutarch suggested, Typhon in one of his manifestations represents the sea, then it would appear that the second destruction of Ausar may refer to the Atlantean deluge by which doctrine was swallowed up or lost, and its fragments scattered. According to the narrative, the body of Ausar was now divided into fourteen parts and distributed among parts of Kemet; that is, it was scattered through the sevein divine infernal spheres, or by a different symbolism, through the seven worlds which are without and the seven worlds which are within. The parts of Ausar were now scattered so hopelessly that Typhon felt his authority to be secure at last, but wisdom is not so easily to be cheated, and in due time, we are informed, Auset succeeded in recovering all the parts except one, the phallus, which had been thrown into the river and devoured by three fishes. Failing to recover the phallis, Auset is said to have substituted a golden replica for the missing organ. In our interpretation of this symbolism we must infer that mankind itself represented by the fish, the phallus being the symbol of the "vital and immortal principle," and so used in the the Medu Neter, which was rendered alive by magick, is the equivalent of the three lettered word of freemasonry, concealed (in the royal arch degree) und the letters A-U-M. It should be noted that in the Kemetic rites, Auset, by modeling and reproducing the missing member of Ausar, gives the body the appearance of completeness, but the life power is not there; recourse is therefore had to magick and the golden phallus is brought to life by means of the secret processes rescued from the lost "Book of Djehuti" The allusion is to the restoration of divine power through the regeneration of man himself and the initiation process. 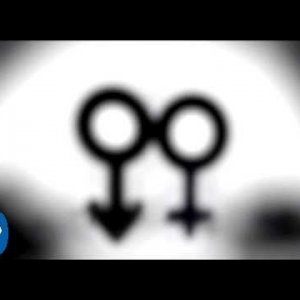