SERAPIS & THE ORIGIN OF THE WHITE JESUS

The Greeks combined the names of Osiris & Apis to form Serapis.

As reported by the Historian Tacitus (The Histories Book 4:83)

”The origin of this God Serapis has not hitherto been made generally known by our writers. The Egyptian priests give this account. While Ptolemy Soter/Savior, (308-246BC), the first Macedonian king who consolidated the power of Egypt, was setting up in the newly-built city of Alexandria fortifications, temples, and rites of worship, there appeared to him in his sleep a youth of singular beauty and more than human stature, who counselled the monarch to send his most trusty friends to Pontus (Asia Minor, modern Turkey) and fetch his effigy from this country”. They say Christians were first called by that name in Antioch of Syria or Antioch (Antakya), in modern day Turkey.

This Serapis was equated with Imhotep, (Asclepius), the historical father of Medicine and of course with Osiris. However, this artificial spirituality was diabolical in its essence because its aim was to have political, military and social dominance over people of color. It was a perversion of black peoples religion in fragments, not its core or its integrity.

When it came the time for the New Testament to be written, the continued policy of merging Serapis, (A White Hellenized Jesus), with now the Roman Flavian Emperors of Vespasian, Titus and Domitian. So just because you have a man with hair of white wool it just might be a bald headed Emperor Domitian wearing a woolen wig. This is why they have Vespasian reenact the miracle of Serapis spit into a blind man’s eyes for healing (The Histories Book 4:81) which has a cameo appearance in Mark 8:22-26. This might also explain why Jesus ministry was a parody of Titus military campaign in Jerusalem when the NT is compared with Josephus’s War of the Jews.

So when the Stoic philosophers helped write the NT they made and formulated the Jesus into a composite figure of mythological and historical personalities.

The name Christus is associated with Christians (The Annals 15:44 by Tacitus) along with Serapis. In Egypt its Krst serving as the origin of the name Christ. I fail to see why people of color are still associating themselves with the Greek/Roman perverted version of the Egyptian religion. They should give it back to them and reclaim your own. They must be in fear and hope of pleasing them for some crumbs of economic, political and social inclusion into their world.

How can you be pro-black and pick Joseph, Jesus and Mary over Osiris, Isis and Horus. How can you be down with a religion that disrespects its own mother and creates the Frankenstein of Serapis?

Brother AACOOLDRE : Together???? No. Its a Black & White Divide 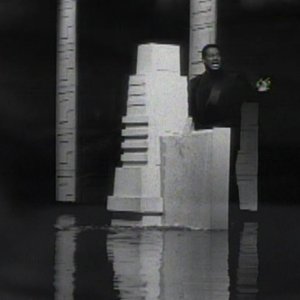