Today is September 11th and all I've heard all week and all day is never forget, the white media is on my arse telling me I should never forget ..so I sat down and came up with some things I think I should never forget.....On September 11th 2001 a Black child died , somebody's brother, sister, father, uncle, grandfather grandmother mother was gunned down because of words, dope, pride, anger, nothing , on september 11th 2001 a Black man or woman was passed over for a promotion that they deserved but could not get because of the color of their skin, on september 11 2001, a Black family was thrown out in the streets because daddy and mama lost their jobs because some white beaurocrat decided to add a couple extra zeros to the bottom line at the end of the month, september 11 2001 a brother or sister somewhere in the United Snakes of America took their first hit of the rock or their first straight shooter of heron and their mind body and soul exploded like them buildings, september 11, 2001, we as a people are still looked upon the same way as we were on any sept 11 from the day we got here but now we're compared to other immigrants and minorities and ethnicities but nobody seems to remember that we are not immigrants we were captives...but everybody I talk to says we should forget that, forget the lynchings, the cross burnings, the police holding our neighborhoods like an army holds a captured country forget massa and the lash, the dogs, the scars, the pain forget it all but never forget what happened to them buildings on sept 11 2001..they say that changed life in America say we now live in a new age of terrorism.....and whenever I talk to ofay I have to remind him that Black folk been living with terrorism for the last 400 and some odd years...if chattel slavery, beatings for reading, families being separated on the sale block, being branded like cattle, hobbling, the cutting off of fingers ears and such for not doing what you were told, hangings, burnings, castrations, night riders, black codes, Jim Crow, police brutality, govt drug importation and distribution in the community if that terrorism then I don't know what is..So in a way the media is right today is a day we should remember I know I will never forget Sept 11 nor the days and years before or after....Never Forget

"Nine rules for responding to situations
1. Always expect attack
2. Be ready to respond
3. Know your enemy
4. Know yourself
5. Stay high on the plain
6. Act quickly
7. Never be vulnerable
8. Never expose your weakness
9. Focus on your strength and power"

Yea Red, speak on it cuzz I been doin' the same thing on message boards all today...just go to Destee's "Get Your Flow On" board and look at my piece "Empire's Falling"....keep bringin' the truth

i was in NYC on that morning.

i lost a buddy there.
they never found a trace of the brother.

it's the type of event you do not forget.
the media hype is superfluous.

Brotha James from Philly, I am truly and deeply sorry for your loss. I am sure that the friend you lost was a good brotha. I hope you are active in voting and get others involved so that we can get some leadership that will lead this country in a positive and truly democratic fashion. Get out there and vote, protest, and make your voice known!!! 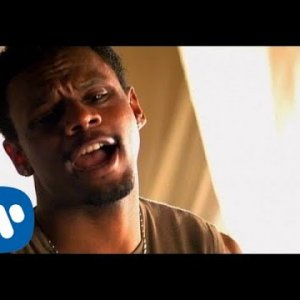