Why can't all this Black on Black crime (murders, etc. ) be stopped within our inner cities, But I am giving a special look at Chicago's murder ridden side of the city. How is it that not ten or twenty, but hundreds (664 killed in 2017) are wasted by bullets, etc. And black folk seem powerless to curb it or stop it, etc. I am not aware of the murder statistics for 2018, and 2019, but I am sure it was also in the hundreds, etc. Many of these deaths are young black people (men and women) and many are bystanders, etc. But what are they so openly shooting, etc., each other over? Drug turf as , gang turf, etc. Yet, these city officials and parents are incapable of curbing such gun violence, etc. Black local leaders seem to be incapable of same, etc. Since this has been going on for years, etc.

Will there ever be a workable solution to such violent crimes as murder within these areas of concern or are people just afraid to get involved, etc..

Yet... the question remains, etc. Is there a workable solution, a ending or as it's referred to, "a cease fire, etc.?" Why is so much deadly violence actually necessary. Do you refer to some of it as survival of the fittest, etc. Therefore then it is absolutely necessary that one kills to maintain power, etc. What actually justifies (in the mind of the killer) the need for killing? We hear about protecting turf, etc. Just as we all know about crime and drugs, etc. By killing what is actually being protected here? Just curious...

The reason? Geo politics. I look at it this way. If a tribe or nation wants land or resources belonging to another tribe or nation they go to war. The reasons here are fundamentally the same. Gangs are basically tribes created when they feel foresaken by the larger community and government such that the wealth and resources collected by the government do not flow to them. So they begin the same process of tribalism that created nations in the first place. When nations do it we don't really care who wins (generically) as long as they fight fair. Why? Because we consider our own military readiness. But when small groups do it, it's seen as a crime. And then suddenly we're concerned why these people are killing each other. "What's wrong with them?, etc."

But yet they learned from what they were taught. Were they not taught American History? World History? So drug dealers fight over territory because land=money. It's as true for them as it is for a king or a president. The only difference is one wears suits and sometimes ridiculous medals and flag pins while the other wears gold chains or orders his "soldiers" to defend their turf. The U.S. defends its "turf" even when that turf isn't physically located in North America. And as the show 'Power' has taught us (fiction notwithstanding) it can be hard to get out the game. Cycles of violence pull you back in.

If you're looking for solutions, the only solution is one that completely wipes out their need to fight. At the end of the day they fight to survive. The only difference between me and them is I fight with a computer and my gang is the company I work for and it has a 401k. My 'gang' competes against other gangs in the same industry. They sell a product. My 'gang' sells a product.

What's the difference? My product is legal. Theirs is not. When something is "black market" and dealing in it is already illegal then there's no real notion of legitimate business and legality that protects legal business entities. The police will protect my company's ability to sell its product. The police will not protect large drug deals or guys selling drugs on street corners. If you make these same drugs legal then the police would be forced to protect these businesses and make sure they play by a set of rules. The problem is that some of these rules would start disenfranchising some of the gang's current "work force". These are often underage kids only used to avoid suspicion, jail time, etc. Maybe they could sell candy instead. Hell... they might even make more money.

So the solution is to legalize the product that gangs sell the same way that alcohol was legalized. But at the same time... who are you going to buy your legal weed from? And who's going to eventually have the power and resources to corner the market, selling legalized drugs in the black community? Not only do you need to legalize drugs but you need to keep the drug industry from being monopolized by big money. At the same time, I would train gang leaders on legitimate business tactics, accounting, etc. And while they are applying that to a product they know, also start introducing them to new products. These guys are in "sales". And a lot of them are already involved in other businesses too since that's how the smarter ones wash their money. And like Ghost they may be able to graduate into other businesses, like clubs. Who knows, some may even run for office or use their money to get into music and one day have their own city in Africa and electric company.

Obviously, you can't legalize this away. Unfortunately, car jacking offers a large payday for not a lot of effort. I think this is best addressed by government enforced standards for anti-theft devices to be included in cars the same way cars have seat belts. Every car should have a "black box" that is protected and impossible to remove without crippling the vehicle and, like one of those two-stage bombs, trying to get to it would then set off the beacon which would send the GPS coordinates straight to the police. As long as the police can get there before they can move it you can create a powerful disincentive for the crime. Older cars obviously wouldn't have this but could perhaps be retrofitted and cars where the driver doesn't care enough to do that would probably not be worthwhile to car jack in the first place.

At the same time a lot of these guys aren't simply greedy. They're out of work. I think trade schools should be publicly funded to allow these guys to learn carpentry, HVAC, construction, electrical, plumbing etc. And then you could have a hotline of sorts that connects you to the next contractor in line (only for those making less than a monthly minimum) so that those who may have trouble making it through their own marketing can be automatically selected for jobs.

And then after you do all this, instead of jail time, you need more ankle monitoring and larger fines that cost about 5x the value of the stolen vehicle. Even if they're "free", how many criminals are going to want to commit crimes around someone wearing an ankle monitor? 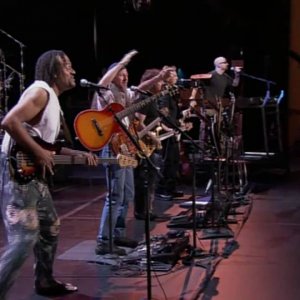