Brother AACOOLDRE : Seneca: His letters from a stoic influence on the NT

SENECA: His Letters from a Stoic & the influence on Christianity

Seneca lived from 4BC to 65AD, five years before the Christians would start writing down their doctrines in the 4 Gospels. Seneca spent his early life in Egypt studying meteorology. So it should not be surprising I found him associated with Hot and Cold, plus Lukewarm. The Stoics saw the world as a single great community in which all men are brothers. However not all men practiced brotherhood. Some men were Hot-headed and other cold hearted. No matter what temperature others were in Stoics were to stay righteous and Lukewarm in their balance. This ideology would find its same terms in the third chapter of Revelations. Seneca was a tutor to Emperor Nero who would later force Seneca to kill himself.

In letter XLVII Seneca repudiates angry people who are hot with fury: “We assume the mental attitudes of Tyrants for they too forget their own strength and helplessness of others and grow White-hot with fury as if they had an injury, when all the time they are quite immune from any such danger” (Letters from a Stoic By Seneca)

The stoics were in agreement with the ancient Egyptian poetry denouncing souls who were “Hot-Hearted” and in their legal proceedings in the 42 Negative confessions of burning with anger. When we get to the Bible Jesus told his followers not to get cold-heated towards those that mistreat you and Paul said not to burn inwardly towards those who do mischief. And there are a whole host of remarkable close parallels of Seneca’s letters and Christianity. Seneca’s brother Gallio is mentioned in Acts 18:11-17.

Marcus Aurelius (121-180AD, a Roman Emperor and who was a stoic paraphrased Seneca’s letters when he stated: “Let it make no difference to you whether you are cold or warm if you are doing your duty” (Meditations book VI:2). This duty was defined as a “Noble spirit” in Seneca’s letters:

“The fairness of a Law does not consist in its effect being actually felt by all alike, but in its having been laid down for all alike. Lets get this sense of Justice firmly into our heads and pay up without grumbling…Winter brings in the cold, and we have to shiver, summer brings back the heat and we have to swelter…These are conditions of our existence which we cannot change. What we can do is adopt a noble spirit” (Letters of a Stoic CVII). This Noble spirit is also expressed in Seneca other letters as being Square & Level:

A. “Through all the ups and downs of fortune his (Socrates) was a Level (balanced) Temperament” (Letters of a Stoic CIV)

B. “Squaring the breast to take without skulking, or flinching whatever fortune hurls at us” (Letters of a Stoic CIV)

C. Maintain a good charter even when obstacles of a cloud drifts in front of the sun without ever defeating its Light (Letters of a Stoic XXVII).

When we get to the New Testament a jury finds Church members as neither Hot or Cold but is spit out “Lukewarm”. According to Cicero Stoics were not into excess of heat so their operative Temperature/Temperament would be Lukewarm or square/level and balanced. Lukewarm would be the Equivalent of Tefnut (Maat) which is born by being spit out and is described as being “The heat of Heaven”. Justice to the Egyptians was in part a Balance between deficiently (Cold/down) and excess (Hot/up). Maat (Justice) on the Egyptian balance scales is in itself a case of “Justice Or Else”. If your heart is warm and light a feather bending level towards righteous you are saved. All Heavy and hot-hearts are doomed to the alternative of “Or Else” which is the divine flames of being burnt up.

The Rosetta stone to understanding Christianity was to know it was a composite Frankenstein makeup of doctrines from the so-called pagans. Christianity is made up of many parts. Knowing the origin of these parts unlocks. And so I end with a quote from Kersey Graves 16 crucified Saviors:

1. That he (Jesus) taught no new doctrine or moral precept.

2. That he inculcated the same religion and morality which he elaborated, as other moral teachers…that no person whose mind is not deplorably warped and biased by early training can call one divine while he considers the other human.
Last edited: May 20, 2016

Brother AACOOLDRE : the Letter of James vs the Letters of Paul 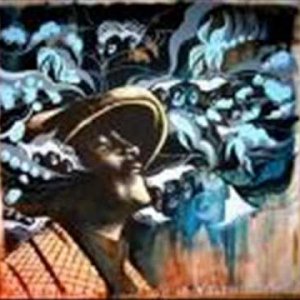