(ThyBlackMan.com) Expand our circle of knowledge and understanding by sharing this article with other sites and face book friends and in doing so, we guarantee the change we seek will happen!

The African American community has something in common with Senator Bernie Sanders and his presidential bid. Many of us are just ignorant or uninformed when it comes to this connection. Secretary Hillary Clinton has promised to continue the current administration practices of understating the African American unemployment rates which was started by her husband, former President Bill Clinton. Clinton in 1994 designed a new way of counting the unemployed, through his labor secretary, which would end up giving his administration a lower official unemployment rate. Every administration since, including the Republican administration of George W. Bush, has embraced this political maneuver of under counting the unemployed because it favors the administ 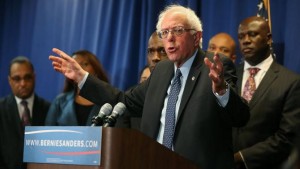 ration in power. By saying she will embrace this administration’s current policies, Clinton now joins former administrations in this horrible practice, if she becomes president.

Some things to know about Democrat Socialists; includes ol' Bernie.

Socialism is the acorn of Communism.
A. Note what is being promised: free education.
B. Who pays for it? government. Where do they get the money? Especially when America is in financial risk over the nineteen trillions we are already in debt. You do, with more and more ways taxed. Money is not ever a free give away. Neither is the quality of health care. There is no real Santa Clause, No tooth fairy, and no money tree. The only way the government can pay in a socialized America other than tax you out of your teeth, is to nationalize private business. See how that works? What started out with the Socialist acorn grows up to a Communist America.

What happens with a Socialist America (to begin with)? You start to lose your individual liberty. Because when the government is running your life, they Know better than you. You can't even keep your kid home when he's sick without paying a doctor's fee to get a note to keep him at home so that the school doesn't bring legal charges against you. Therefore sick kids go to school and get everyone else sick. They have to have sick kids in school so that the school can get paid from the socialistic government. You didn't know you already have socialism creeping in on you, right?

Now we have another socialistic issue that is going to cause you grief. I want you to see where the Democrats have no real understanding of cause and consequences . The fifteen dollar minimum wage raise. Where is this Bernie Sanders/Democrat fiasco going to get this money? Are they smart or conniving?! Not smart because, where does this seven dollar an hour raise come from? The government? No, the government is going to TAX it. It is the employer that a is going to pay that minimum wage. There goes all the small businesses. You're not going to be able to afford to start your own business, if it needs paid help. Don't you know that even big business has to cut down on their overhead, so the 20 hour work week is now part of the culture. Everybody is upset over the fact there few youth jobs. What do you think is going to happen to the kids now, with this seven dollar raise? The entire job availability is going to evaporate or the products you buy are going to be raised in price, starting with your car, rent and your burger.

Take a look, back in the sixties the minimum wage was a $1.25 an hour. Rent was around $85 apts. to $125.00 houses or so. Minimum wage came in and everything goes up with it, every time. Every time! Business always charges what the going market is (what people can pay) and that includes the oil market. If people can't pay it, they've got to sell it, so it is proportioned to fit the wallet. If government everywhere hadn't kept hiking the minimum wage our costs would still be the same as back in the olden days.

Who do you think coined the term "Democrat Socialist." Lennon. He claimed to be a Socialist. He was an absolute authoritarian mass murderer of people who had their own opinions on how government should be run for the sake of the people.

The great Sweden model for Socialism: 70% of their work check goes to the government. And Denmark has been at work overhauling entitlements, trying to prod Danes into working more or longer hours. They have a depressed economy along with depressed people I'm sure. So now take a look at our Detroit and other regions of our own depressed economy. Can our government really afford to start handing out the cash without devising ways to get it back from you? The answer is no, because actually …we don't have anything but debt by the trillions. Four trillion spent this year.

Government cannot "grow" economy and create jobs. Only free market capitalism can do that. And the free market protects people from monopolies.

Bernie says "Terrorism is caused by climate change." Um Humm. That would be President Bernie.

"If destruction ever comes to the shores of America, it will come from within." Abraham Lincoln

People can vote out their liberty. Liberty has to be fought for with every new generation. 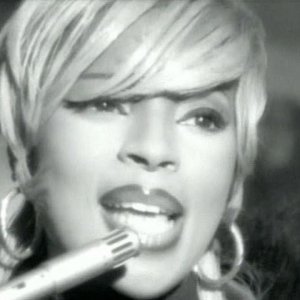