Black People : Secularism Can Be A Curse As Well As A Greater Good To Black Afrikan People!!!

Secularism Can Be A Curse As Well As A Greater Good To Black Afrikan People!!!

Listen, beloved Black Afrikan people, I do not share information with you to get you to agree with what I share, I know what I know and I share it with you and you have the choice to either accept or reject, my knowledge is not depended on what you believe about what I share with you, I share with you what I know we Black Folks have forgotten, and only a Thinking Mind will come to remember this I share with you is Divinely True, based not on what you believe, the demon to the mind, but what you think to know with innerstanding what is Divinely True, beloved.

Secularism is Freedom from being control by religious belief and doctrine, as created by authoritarians government enforcers, they mostly comprise of Homosexual oligarchs, the rich and powerful extreme privileged, those white racist who is in control of determining what the social culture shall be and is to be, absent of natural moral restraints.

In a Secular social culture setting, you have to be very careful in a society that is secular and antinature, that combination is worse than opioid addiction, it causes an environment of the mind that cause mental illness and total submission to authoritarian rule masquerading as democracy without having a natural moral compass to keep you safe in a secular socio-economic, political culture that is without natural moral values to keep you in compliance with the nature of your design which is Divine, secular by nature design, meaning nonreligious with a Divine mind being with freedom of choice with a theological awareness of what God Is.

America society is fast-tracking to become secular and antinature, out of the closet, and with that cocktail entering your mind, it has you to be without natural guidance and in nature, Divinity is the Divine essence, in and of which God resides, all-powerful, all-knowing, everywhere present, yet, exercise no enforcement power over you, its presence present to you the soul of its existence,infinite energetic intellectual freedom.

So, there is no safe haven for you in America, Black Afrikan Woman, and Man, nor in other parts of this perverted world Lucifer is in control of, the only place that is to be a refuge for Black Afrikan people in this evil fast becoming secular antinature world, is in Afrika, that is, if you desire to become free and be with your Divine mind guiding you again.

I know by looking at Black Afrikan people and Afrika, you can't imagine the quality of change needed to revive Black Afrikan people and Afrika, can ever be obtained again, but I am here to remind you what your Blackness represents to you and what your relationship is to the Divine Essence of us all, which is not light but Dark Eternal everlasting infinite Energy intelligence, you Black Afrikans functioning with such a Divine Knowledge that have you to know what God Is, will have you to become immune to secularism and be with a knowledge about the power of Divine Thought, a mind state of use that have you being not susceptible to religion or the antinature profane mentality that white racist now is indoctrinating the world about being antinature today, and is living without a Natural moral compass that comes with the nature of your body design, and the only potential safe haven for Black Afrikans to be able to go and develop an immunity to the antinature disease Lucifer is spreading about the Body natural design, that will cause you to become antinatur and secular as well, such a state of a profane mind will have Black Afrikan people ranking further down the ladder of self comprehension, making you more succeptable to the antinature homosexual doctrine that white racist unjust prejudice Luciferian Human Being is spreading to be accepted by the profaned mind of the secular tribe of white racist Human Beings.

Simply because all things physical and appear not to be physical that come from the Dark Energy Intelligent source, that does not mean all is in performance alike in the act of living, because, the Divine Essence is not a God of Enforcement but is a God of Free will, Free Choice and Freedom Living.

So, given the present state of the world and the mind of Black Afrikans, it is not important how somebody decides to identify your Divine Design, what is important is your state and quality of mind and if your Mind is Divine, religion is profane and only in the Divine Essence, your Spirit is of the quality of your mind and it is the Divine mind of Black Folks that should be focus on obtaining our Enslaved Ancestors Freedom, because their freedom verify all of Black Divine Thinkers Freedom and the Reparation/Repatriation owed to our Enslaved Ancestors, represent Black Afrikans Freedom and Freedom for Afrika.

Black Afrikans in America not by choice must not get caught up in the evil those white racist parading around as liberal Democrats, they were secular in their behavior as well as being antinature in identifying themselves and now is attempting to have homosexuality and secularism to be taught in the public school system, in one instance condemning religion and in the other praising homosexual behavior, the new norm coming to be in America white racist culture society and we Black Afrikans sit around allowing our children to be exposed to such an antinature life-style, what a pity and a shame we no longer have our Divine Moral compass guiding Black Afrikan people anymore, we without freedom as our goal.

So yes, Hell Yes, Afrika is where the Black Race power base is, and we must demand our Enslaved Ancestors Reparation/Repatriation from America and Free ourselves from the downfall of America, beloved Black Woman, and Man!!! 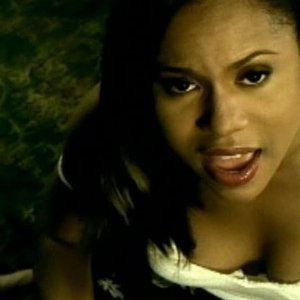