Symbol of America said:
Ha ha, good one Senegal. Make you poor and White boss rich. If a Black lays out hard earned cash to a so-called reputable DNA testing company to prove or disprove something they're not or maybe wish to be then their DNA is now in a private database that is accessible to law enforcement agencies with or without subpoena. If they give their hard earned cash to Ancestry.com then they have officially screwed themselves as not only are the three founders Mormons but Daniel Taggart is a vile child raper who introduced his underage daughter and her underage friend to alcohol, sex toys and pornography at their sleepover. This foul pig was arrested twice for this. Now with that having been revealed why would any Black American with a working brain and a natural suspicion of "The Other Man" willingly surrender money to a White DNA testing company who can and some have no likely manipulate or adulterate your specimen for whatever means? The end result obviously detrimental to your reputation, freedom or possibly your life depending on who has, wants or submits your sample to interested nefarious parties.
Click to expand...

I really dont see anything wrong with DNA tests unless you plan on being a criminal. My point is that a DNA test is not going to prove that the DNA of the original Hebrews is part of my makeup. Jewish DNA has been labeled from what the white Ashkenazi Jews have in their genetic makeup. Never heard of original Black Hebrew DNA being a thing that has been labeled by the DNA tests. How am I going to get a test done by white people that will show Black Hebrew DNA?

Senegal said:
I really dont see anything wrong with DNA tests unless you plan on being a criminal. My point is that a DNA test is not going to prove that the DNA of the original Hebrews is part of my makeup. Jewish DNA has been labeled from what the white Ashkenazi Jews have in their genetic makeup. Never heard of original Black Hebrew DNA being a thing that has been labeled by the DNA tests. How am I going to get a test done by white people that will show Black Hebrew DNA?
Click to expand...

Senegal said:
.... Jewish DNA has been labeled from what the white Ashkenazi Jews have in their genetic makeup....

Yes, I have read that most of those test are not based on any simple process, and there are cases where identical twins received totally different DNA findings.
***The Star of Bethlehem***

Romeoandler said:
Many of today's Jews are Khazars who adopted Judaism in the 8th century. Because of the dispersal, many of the Black Jews and Israelites have mixed with other peoples. Many of the Black Jews also fled to places like Africa due to Islamic and other invasions. It is a fact that many Blacks in the Americas have original Black Jewish heritage.
Click to expand...

I wanted to respond to a post about this topic that I had wrote about a while back and cannot remember where I responded. But after doing more research I realized that I was very wrong about THE KHAZARS. So, I wanted to make a correction on my error. I had originally believed that the term 'KHAZAR' had nothing to do with Jews, and someone refuted my comment and was right. I have since come to realize though, that because of our educational system, the truth can be hard to come by . I have since seen this term 'KHAZAR' and others such as 'KHAZARIA', 'KHAZARITES', 'KAZAN', 'KHAZAKSTAN' and most importantly 'ABKHAZIA' and now realize that not only does this term connect to 'COSSACK' and 'JEWS' but also in the presence of these JEWS as they were 'BLACK' and of African descent. This term also correlates to ANCIENT CUMANIA, early Russian history and ETHIOPIA, during the Middle Age. So the fact that the term 'JEW' has been defined as anything other than Black Africa, is part of the confusion.

Another part of the confusion on getting at the truth about the Original Jews is that the terms today are defined in such away as to present doubt. The term ABKHAZIA is defined separate from Black AFrican-typed people and this is confusion because the term actually means people that are Original Jews. And the term KHAZIA also means JEWS but overtime, these terms have been incorrectly defined. Today, they call Black people who live in this part of Russia, 'Afro-Abkhazians' or 'Caucasian Abkhazians'. Even though some of the names of their villages are the exact place names today, in Ethiopia, historians present a shroud of mystery as to the origins of these 'ORIGINAL JEWS' known as Abkhazians.

So anyway, I wanted to make sure to correct my error, here and wherever it was that I made that incorrect statement about Hazites in ancient Assyria and etc. I now realize that the ancient founder of the Seljuk Empire, Seljuk, who was stated to be in the Khazite military actually defines both the Khazites and Seljuk as Jews [Keraites, Karaites, Caraites...]. And so, following I have some picture and map references about this term and the Original Jews that lived in Russia during the Middle Ages:

Wikipedia picture of an Abkhazian

Afro-Abkhazians, or Abkhazians of African descent, also known as African Caucasians, were a small group of people of African descent in Abkhazia,[1] who used to live mainly in the settlement Adzyubzha at the mouth of the Kodori River and the surrounding villages (Chlou, Pokvesh, Agdarra, and Merkulov) on the eastern coast of the Black Sea in Eastern Europe.[2][3]
https://en.wikipedia.org/wiki/Abkhazians_of_African_descent

Map of KHAZAR KHANATE and CUMANIA which overlaps the history of Khazaria: 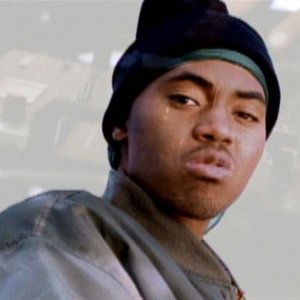