Symbol of America said:
About 3 years or so ago I would meet the returning soldiers assigned to Central Command at MacDill on the flight line from The Middle East, the men had full scraggly beards and mops of hair, some actually had mullets, the females had matted hair fixed all kinds of ways, fairly clean but maybe matted from flying in planes with no AC. I seriously doubt they'd be called to task in combat. At least not by a commander worth his salt looking to take and save not yelling for his troops to sh*t, shower and shave.
Click to expand...

Symbol of America said:
I'll have to defer to you Mr. C. because if my memory serves me correctly and I don't know about any other Combat Command except Central Command, NORAD Tyndall on The Panhandle and NORAD Neads in New York if memory serves me correctly they are returned from combat after a month before being flown back. I can't confirm that was their situation, we were not allowed to interact with them just sign off to Customs about returned property going back into Quartermaster. But that's what I saw.
Click to expand...

In that case, the military action taken pleased all concerned ...

"Members of the CBC appreciate Secretary Hagel for his prompt response to our letter and for seriously considering our concerns," chairwoman Rep. Chair Marcia Fudge, an Ohio Democrat, said in a written statement. "The secretary's response affirms his commitment to ensuring all individuals are welcomed and can continue to be proud of serving within our armed forces."​
...

The Army's compromise is now to let women wear dreadlocks along the same guidelines already allowed for braids, cornrows and twists. That is, they must be of uniform size and shape, evenly spaced, and up to 1/2 inch in width.

but if they did, you know there would be lines wrapped 2 times around Walgreens to get it! They could charge $1000 a dose!
Click to expand...

You got that right! BW would sell their first born to get a months supply! Ha! Ha! Ha! Ha! 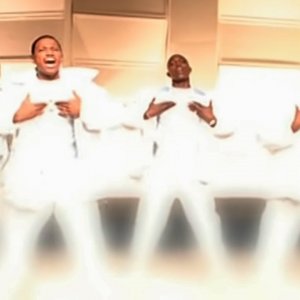