SATURNALIA: THE FESTIVAL OF CHRISTMAS IN THE BIBLE

I first detected the name Saturnalia inside the Glossary of key to terms in the back of Roman Historian Suetonius’s book The Twelve Caesars. He was born around 70AD and was secretary to Emperor Hadrian who wrote a famous letter linking Christian worship with Serapis (Osiris) Christos. The relevant term Saturnalia just had a one sentence definition but it was profound. It simply read:

Saturnalia. A Festival of Saturn in December, from which Christmas originated.

Months later I bumped into another book that expanded on the definition.

Saturn (Cronus), the Father of Jupiter (Zeus/Amen), ruled Italy during the golden age. The Saturnalia was held in his honor, a winter festival [Winter Solstices/December] in which masters and slaves exchanged roles, a time of gift giving and license (disregard for standards of personal conduct). See (Cliff Notes on Mythology editor Gary Carey p.137.Plutarch also reports that spme say Anubis is Cronus (Saturn).

Saturn (Horus) “The planets were deified. Saturn was called Horus, the bull of heaven” (Ancient Egyptian Myths and Legends By Lewis Spence p.181). We can know see the satire of baby Jesus being born in a manger=a box or trough to hold hay for horses or cattle to eat (Luke 2:7). And it follows if it was a miracle birth by a mare/mule that was barren/sterile like Elizabeth? We also know that horses are also called *****, a name also used for money. Mark 14:5 typological links anointing oil price with 2Kings 6:25 linked with famine.

I knew now I was on to something bigger and better in the writings of Josephus The Antiquities of the Jews Book 18 Chapter three. There is a story of a person name Decius Mundus who have dealings with two women Paulina & Fulvia. Both of their husbands are named Saturninus, a likely pun off of Saturnalia. Why do I suspect this because Decius Mundus pretends to be the God Anubis (Dog/Jackal) in order to have sex with Paulina. Paulina came from royal ancestry and Decius Mundus may have been a slave/soldier. This was the very components of the Saturnalia Festival to switch roles and pretend to be something that you were not.

Josephus basically wrote the Typeset or Typology (Base one character upon another) skeleton outline of Mary and Elizabeth giving birth to John the Baptist and Jesus. I knew I was on to something when I discovered that the Egyptian Anubis was a personification of John the Baptist whose two mothers were barren (Nepththys and Elizabeth). I was not alone of this realization. Albert A. Bell wrote Josephus the Satirist? A clue to the original form of the Testimonium Flavianum. Bell said Josephus story was a parody of the Mary and Elizabeth in the New Testament. Its basically a rape case because she gave consent to a God not a Man. Mary’s birth certificate of Jesus was in question to the point that 700 years later the Koran was written to say, following Arius, that Allah (God) doesn’t beget nor is he begotten but apparently the command of his word “be” does?

In the Egyptian story of Anubis as told by Plutarch’s Isis & Osiris Anubis doesn’t know if his mother is Isis or her sister Nephthys. So basically Mary and Elizabeth are symbolic of Isis and Nephthys.

Critics say December 25 isn’t cited in the NT was Jesus birth. Well all the fun of the plagiarism that went on would have evaporated if they would have done that but it’s still implied indirectly inside the texts. The inference is drawn from the 3 magi which is an allegory of the 3 stars/Kings in the Orion belt that point to the birth of the Sun in December. Then you have Anubis being a personification of John the Baptist clinches the matter solidly. In the fifth-season episode, titled “Baby, It’s Cold Outside,” main character Olivia Pope (Kerry Washington), wife of the Republican U.S. President, undergoes an abortion while the Christmas hymn “Silent Night” plays in the background. Concurrently, Republican Senator Mellie Grant (Bellamy Young) successfully filibusters a bill that would defund Planned Parenthood, allowing it to keep its funding. This is an obvious reversal of Christmas giving birth to killing life.

The story is recycled a fourth time as another parody of Paul (Paulina) who is sexual abused with rape, sodomy and castration of Emperor Domitian who dons the robe of Isis and the Mask of Anubis the Dog Jackal (see Shakespeare’s Secret Messiah By Joe Atwill p.340). First Paul admits to castration as the same marks as Jesus (The pruning of Lazarus/Christ) see Galatians 6:14-18) and alludes to the Dog (Anubis) who did mutilators of the flesh (Philippians 3:2-4). According to the biography of Suetonius Domitian was famous for mutilating peoples flesh and he did stop castration after suffering remorse for his crime against Paul? As a matter of fact the name Paul means tiny a joke on his castration of being turned into a dry tree.

1. The Testimony of Josephus to Christianity By Clyde Pharr

2. Caesar’s Messiah Chapter 11 of the puzzle of Decius Mundus

4. Christ in Egypt By D.M. Murdock

5. Decius Mundus file By Andre Austin see destee.com I write under the name of AACOOLDRE.


Note We need to start looking at Josephus The Antiquities of the Jews Book 18 Chapter three in all three of its parts and its parodies in the NT:

A. The Image or effigies of Caesar may be typology to the Golden Calf story in Exodus 32, The Slaying of Men by Hathor. Jesus birth associated with a manager, a box for supplying food/hay for calf’s and horses. John would have been symbolic of a calf and Jesus a mule due to virgin birth. Anubis plays a key role of the virgin birth of Horus (Jesus) carved on the walls of the Temple of Luxor 1400BC depicting the Annunciation, Immaculate conception, Virgin Birth and Adoration.

B. The wise man/god Jesus and the Christians having ten thousand and other wonderful things concerning him.

D. New Testament versions of the virgin birth of Mary and the rape of Paul by Domitian as Anubis.

In the TV series Scandal season 5 episode 9
Olivia Pope gets pregnant by One white dude (The prez) dumps him and aborts the baby
then immediately resumes relations with another white dude in the intelligence field. All this takes
place on or near Christmas (Saturnalia festivals) in which Olivia reverses her role from motherhood and pledge
to be married.

This is a remarkable coincidence of a similar incident in the writings of Josephus "The Antiquities of the Jews" Book 18: chapter 3 where we have Decius Mundus tricking/seducing for sex two women Paulina and Fulvia (Olivia) who both have husbands name Saturninus (Saturnalia/Christmas festival of reversing roles for sex) .


Even the name of one of the victims is similar Fulvia/Olivia.
Decius makes a remark to paulina that she saved him.
It even more interesting that Olvia had wanted to marry the prez to save his presidency. 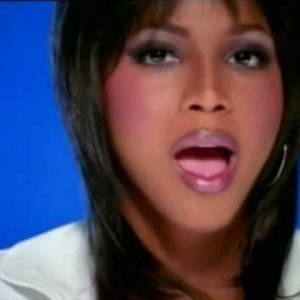