as per your request during Wednesday's class - some pics of this great holiday in Holland: No other holiday rivals that of SinterKlaas in Holland - when SinterKlaas arrives from Spain - bringing all his Black slaves with him. What fun! All the Blacks have the same name: Black Pete. History shows that St Nicholas had a favourite slave from Ethiopia - named Piter. Black Pete is Sinterklaas's "helper".. in addition, if your kids have been bad during the year, Black Pete will put them in a sack and carry them back to Spain. It is Black Petes job to entertain the crowds.. In recent years, with the growing popularity of the American Xmas (celebrated later in Dec) - and the growing unpopularity of the images of slavery - they have been changing the story behind Black Piet - now he is a chimney sweeper - thus the Black face - and other such nonsense..

It was the dutch brought the tradition of Santa to the USA - hmmm.. they also brought a whole lotta real Black Pete's.

Glad Brother Oldsoul asked you to share it
with us.

sometimes I feel it is too.. bizaar.. to wrap my head around it. The Dutch were huge contributors to the slave trade, masters of apartheid, and for weeks every year, dress up likes saints and slaves..

Yes, it is hard to reconcile the idea of apartheid and racial brutality with the innocent images of the dutch we were exposed to at school. You know: wooden shoes, windmills, tulips, happy maidens yodeling across the mountains. and when someone says the Netherlands I can't help thinking of Neverland and peterpan. Very incongruous.
If you've been wondering where all the Black fantasy writers are, be sure to check out:
Rhonda Denise Johnson The Writer who Paints Pictures with Words
The cover for The Crossroads of Time was designed by Brotha Rapchild, a professional graphics designer, and video editor for the above trailer.

This is deep!!!! Thanks so much for sharing this!
OldSoul
oldsoul@whgbetc.com​ 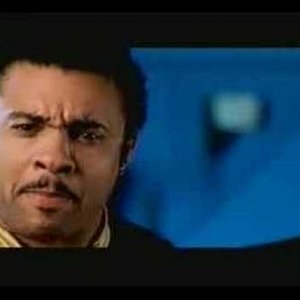