Originating in ancient Europe as a Celtic Fire festival, Samhain is now celebrated worldwide. . . . Others hold Samhain celebrations on the nearest weekend or on the Full or New Moon closest to this time. Some Pagans observe Samhain a bit later, or near November 6, …
https://www.circlesanctuary.org/index.php/celebrating-the-seasons/celebrating-samhain

In Modern Irish the name is Samhain …, in Scottish Gaelic Samhainn/Samhuinn …, and in Manx Gaelic Sauin. … These names all come from the Old Irish samain, samuin or samfuin …

So, whether it would be known as Halloween [i.e. Hallowed Owen] or, SAM-OUIN [i.e. BLACK OWEN], however, it describes the same October festival we observe on October 31, the last day of the solar calendar. And even though today, it would be based upon a solar calendar, however, there are other scripts that show this festival was actually observed on a Lunar calendar. Furthermore, today it has been described as an October holiday or a November All Saints Day and All Souls Day, nevertheless, other script such as the Bible also reveals that part of this week long observance has been moved to be also observed in December. The Bible reveals that the same elements of the Saturnalia Festival was also a part of the October festival we know today as Halloween. Also, we know that this Halloween holiday has been defined as an ‘AUTUMN’S END’ festival but the script here actually contradicts itself completely and in so doing, it reveals that the true origins of this observance has been suppressed and hidden for some reason.

If the Halloween or Samhain holiday defines an autumn’s end occasion, then it would be off by more than a whole month! Winter season does not even begin until towards the end of December, and so, even some scholars have confused this definition for whatever reason:

The Celts called it Samhain, which means ‘summer’s end’, … According to the later four-fold division of the year, Samhain is seen as ‘autumn’s end’ and the beginning of winter.
https://encyclopediasatanica.wordpress.com/2013/10/01/samhain-summers-end/

In fact, October 31 would almost be like the beginning of autumn, not autumn’s end! The autumnal equinox at times occurs near the end of September or the first part of October and so, the autumn season would last for the second half of the month of October, the entire month of November and then the first half of December. So the Samhain Festival would hardly be defined as an autumn’s end festival. However, the Samhain Festival [i.e. Halloween’ thus be absolutely defined as AN SUMMER’S END FESTIVAL of which would define the beginning of autumn, and not the autumns’ end:

Samhain …. Is a Gaelic festival marking the end of the harvest season and the beginning of winter or the “darker half” of the year. …
https://en.wikipedia.org/wiki/Samhain


Amazingly so, the real deception about this ancient festival though, would be the complete BLACK OUT on the true identity of ‘the hallowed god OUIN’ [i.e. OUIN, OWEN, ODIN, ODEN, OGDEN…] which would be a part of both names for this holiday, Halloween or the SAMOUIN FESTIVAL. The root word ‘SAM’ means that he was ‘BLACK’!— Or at best, dark and carries the complete sense of the word ‘Black’ in that he correlates to the theme of being ‘a dark and dismal’ figure spiritually and also physically. In this sense too, the term ‘Samouin Festival’ confirms itself in that it becomes the beginning of the autumn or fall season of ‘DEATH’ when leaves die and fall from the trees, and such. So not only does this festival mark the Summer’s End but because of its history, we know too, that the theme of Halloween incorporates the issue of death in regards to human sacrifice. Cont.
***The Star of Bethlehem*** 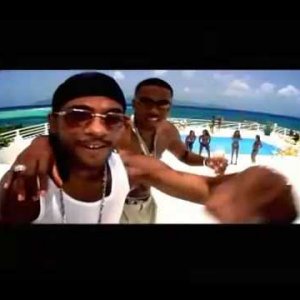