African Traditional Religion : Salawa (karma) in Vodun and how it creates Maroons part 1

Part 1 will focus on defining salawa and its function

This Aja word has no direct translation to english but it references, among a number of things, the ramifications of living or not living in accord with Divine Law, what we call in Vodun, Gbesu. Many people are familiar with this concept, often times through the hindu terminology of "karma."

At Ganlodo, being a Xotome rooted in Vodun and Isese, we utilize the spiritual building blocks of Aja of and Yoruba culture respectively. The most powerful building blocks used to assess salawa is divination through Fa/Ifa. In particular, the Axosu is trained in the Ipile Fa (roots reading) system, and this system has been proven to be an integral part of developing a clear understanding of all degrees of salawa that an individual possesses. I will post the link to a video done by Ayinon explaining what roots readings can do for New Afrikans and why they are so powerful. Another important building block is one's Zoto reading. This divination provides one with the identity of the ancestor who has worked the hardest in the ancestral realm for that individual and watches closest over that individual. They are assigned by Mawu Lisa (the creator) and in some cases, the current individual getting their Zoto Fa, is a reincarnation of their Zoto. One may ask how that works but that is a little outside of the scope of what we are discussing here. Zoto Fa readings will provide the individual with this ancestor's life story, possible unfulfilled destiny info, and ways to get this ancestor back on track in the ancestral realm. But in regards to salawa, the individual becomes aware through this reading and their roots reading of certain actions that this or/and other ancestors may have taken to "setback" the family, clan and nation through their behavior from a salawa perspective. It will also highlight ways said ancestor contributed positively to lineage salawa.

To put this in perspective, let's say 200 years ago, I have an ancestor who engaged in certain negative behavior, not only socially but spiritually. Their actions set in motion a chain of events in the physical world but also the spiritual realms as well. So because of the reading I am equipped with information that will allow me to not only be knowledgeable of what happened, but also identify some of the root causes of relationship problems, for example. I inherited a certain salawa that made successful relationships almost an impossibility, but I had no idea! Now I know what the situation is and I also know what to do about it. Ideally this newfound information would facilitate a change in my overall thinking but I'll also receive spiritual steps to address it as well. Often elevation and appeasement must be done for certain ancestors, among other things.

So this is an example of how we inherit family, clan and national salawa. This is on top of our own behavior and how it will impact our selves, family, clan and nation. Given the overall significance of that this places on our actions, this one may be far more thoughtful about what they do and say so as not to create unnecessary complications in our lives.

Part two will focus on the connection to maroonage. 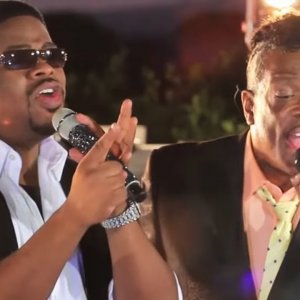