Rwanda : RWANDA: who opened the can of worms?

THE-GOD said:
Both Germany (before World War I) and Belgium ruled the area in a colonial capacity. The Germans theorized that the Tutsi were not originally from sub-Saharan Africa at all. They thought that they had migrated from somewhere else.The German colonial government gave special status to the Tutsi, in part because they believed them to possess racial superiority. The Germans considered the Tutsi more 'presentable' compared to the Hutu, whom they viewed as short and homely. As a result, it became colonial policy that only Tutsis could be educated, and only Tutsis could participate in the colonial government. Since the Hutus were in the majority such policies engendered some intense hostility between the groups, who had been peaceful enough with each other before colonization. The situation was exacerbated when the Belgians assumed control following World War I. Recognizing their ignorance of this part of Africa, they sought advice from the Germans, who told them to continue promoting the Tutsis, which they did.


When the Belgians took over the colony in 1916, they felt that the colony would be better governed if they continued to classify the different races in a hierarchical form. Belgian colonists viewed Africans in general were children who needed to be guided, but noted the Tutsi to be the ruling culture in Rwanda-Burundi. In 1959 Belgium reversed its stance and allowed the majority Hutu to assume control of the government through universal elections.

Yes. This is great info!

I saw the movie Hotel Rwanda and it was just amazing. I also saw another film that I believe is called, 'Sometimes in April[?]'. It is just as amazing. I hope that African Americans will all see these movies and any other documetaries on this event because it is a forewarning . . . !?
***The Star of Bethlehem***

let go of our egos and stop resurecting Willie Lynch, as though he was the return of Frankenstein or Dr Phibes rises Again, we will always be the pawns of whoever, to simply divide and conquor.
For all we know the Chinese may be plotting this strategy right now.
Uganda and Rwanda, supported by the G8 have killed, raped and mutilated just as many as were killed in the Rwanda madness, in thier unrestricted and frequent incursions into the Congo for the past 7 years.

We always say, we are not a monolith and don't think like one, well in some circumstances we need to

financialy and politicaly,
before another million die and suffer needlessly
P

the facts in the case, that could not occur if Africa was united

Evidence which was presented in a French court in a ruling made public in 2006 claimed that Kagame was responsible for organizing the shooting down of the plane carrying Hutu President of Rwanda, Juvénal Habyarimana, in April 1994, the event that set off the indiscriminate killing of hundreds of thousands of people both Hutu and Tutsi.

The end result of the killings in which perhaps as many as a million Africans perished was that US and UK backed Paul Kagame—a ruthless military dictator trained at the US Army Command-General Staff College at Fort Leavenworth Kansas—was firmly in control as dictator of Rwanda. Since then he has covertly backed repeated military incursions by General Nkunda into the mineral-rich Kivu region on the pretext it was to defend a small Tutsi minority there. Kagame had repeatedly rejected attempts to repatriate those Tutsi refugees back to Rwanda, evidently fearing he might lose his pretext to occupy the mineral riches of Kivu.

Since at least 2001 according to reports from Congo sources, the US military has also had a base at Cyangugu in Rwanda, built of course by Dick Cheney’s old firm, Halliburton, conveniently enough near the border to Congo’s mineral-rich Kivu region.

The 1994 massacre of civilians between Tutsi and Hutu was, as Canadian researcher, Michel Chossudovsky described it, ‘an undeclared war between France and America. By supporting the build up of Ugandan and Rwandan forces and by directly intervening in the Congolese civil war, Washington also bears a direct responsibility for the ethnic massacres committed in the Eastern Congo including several hundred thousand people who died in refugee camps.’ He adds, ‘Major General Paul Kagame was an instrument of Washington. The loss of African lives did not matter. The civil war in Rwanda and the ethnic massacres were an integral part of US foreign policy, carefully staged in accordance with precise strategic and economic objectives.’ 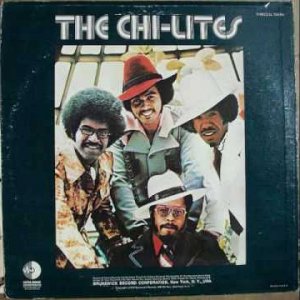