Exactly, mainstream media was very shallow with ground reporting of any depth ... Thanks for the movie tip: "Sometime in Spring" missed seeing it.


writer33 said:
It seems the mainstream media failed, or more likely refused, to get to the depths of the Rwandan genocide. Movies like "Hotel Rwanda" and one I liked better, "Sometime in Spring" which showed more of the brutality, but neither of which got into the political causes at work underneath it all.

According to reports I have had for some time, both the US and France were involved stirring up the opposite sides of this tragedy. From a Global Research report from 1997, some key quotes from it:

"The militarization of Uganda was an integral part of US foreign policy. The build-up of the Ugandan UPDF Forces and of the Rwandan Patriotic Army (RPA) had been supported by the US and Britain. The buildup of the Ugandan external debt coincided chronologically with the Rwandan and Congolese civil wars. In fact, Uganda had no outstanding debt to the World Bank at the outset of its “economic recovery program”. By 1997, it owed almost 2 billion dollars solely to the World Bank."

"A similar process of financing military expenditure from the external debt had occurred in Rwanda under the Habyarimana government. In a cruel irony, both sides in the civil war were financed by the same donors institutions with the World Bank acting as a Watchdog."

"The focus of Rwandan-U.S. military discussion had shifted from human rights to how to combat an insurgency. At stake in these military operations were the extensive mining resources of Eastern and Southern Zaire including strategic reserves of cobalt — of crucial importance for the US defense industry....with several US and British mining companies including American Mineral Fields (AMF), a company headquartered in President Bill Clinton’s hometown of Hope, Arkansas."

"Rwanda was a brutal struggle for political power between the Hutu-led Habyarimana government supported by France and the Tutsi Rwandan Patriotic Front (RPF) backed financially and militarily by Washington. Ethnic rivalries were used deliberately in the pursuit of geopolitical objectives. Both the CIA and French intelligence were involved."

This discussion literally got me banned from a discussion on Linkedin about it. A gentleman, presumably a businessman, had posted about "opportunities" for business investment in Africa. I posted the above information, in addition to the Bush administration's creation of AFRICOM which I said appeared hardly "humanitarian," but rather opportunistic and exploitive. My comment sat in "review" for about a week. It was never published.

I wrote one of the participants in the discussion, a South African gentleman who kindly passed along my thoughts as he, too, was wondering why my comments were being disallowed. This incident spread to other discussions, and everything I attempted to post went to "review" and never saw the light of day.

I also found it interesting about Bill Clinton's recent remarks of his regrets he didn't send in US troops. According to Global Research, the CIA was already in there doing its covert destabilization operations, as noted above, while the French supported the "other side" and stirring up the hostilities that resulted in the deaths of a million or more Africans, not recalling the numbers reported.
Click to expand...

... Thanks for the contribution.


Kadijah said:
The U.S., but mainly the French and the Catholic Church fomented, aided and abetted the Rwandan genocide.

Some excerpts from "The Cross and the Genocide" on the 100 days of massacre and atrocity wherein almost 1,000,000 Rwandans, mainly Tutsi, were killed:


Again, from the same source, a short history:

This was confirmed by the PBS program on Healing, that there was little diff between the Hutsis and Tutsis before the coming of the divide-and-conquer French Europeans, that intermarriage between the 2 tribes were common and there were no hositilities.


First person accounts of the genocide of Tutsis by survivors:

It was not just the Catholic Church that participated in the genocide of the Tutsis:
Click to expand...

Wow! Kadijah, you just provided some more in-depth information about the role of "the church" in this terrifying bloodshed! In a way I'm not overly surprised, but at the same time to think "people of God" actively engaged in mass murder is incomprehensible. Some, I would guess, feared for their lives if they refused to participate....but I should read your link. I'll try to get back to it.

Hi Clyde, yes, "Sometime in Spring" (or Sometime in the Spring) did not have marquee actors or a well-known cast, but to me it was superior and gut-wrenching. Very emotional to watch this.


writer33 said:
Wow! Kadijah, you just provided some more in-depth information about the role of "the church" in this terrifying bloodshed! In a way I'm not overly surprised, but at the same time to think "people of God" actively engaged in mass murder is incomprehensible. Some, I would guess, feared for their lives if they refused to participate....but I should read your link. I'll try to get back to it.

Hi Clyde, yes, "Sometime in Spring" (or Sometime in the Spring) did not have marquee actors or a well-known cast, but to me it was superior and gut-wrenching. Very emotional to watch this.
Click to expand...

From Wikipedia:
Sometimes in April is a 2005 historical drama television film about the Rwandan Genocide of 1994, written and directed by the Haitian filmmaker Raoul Peck. The ensemble cast includes Idris Elba, Oris Erhuero, Carole Karemera, and Debra Winger.

The story centers on two brothers: Honoré Butera, working for the tribalist Radio Télévision Libre des Mille Collines, and Augustin Muganza, a captain in the Rwandan army (who was married to a Tutsi woman, Jeanne, and had three children with her: Anne-Marie, Yves-André, and Marcus), who bear witness to the killing of close to 800,000 people in 100 days while becoming divided by politics and losing some of their own family. The film depicts the attitudes and circumstances leading up to the outbreak of brutal violence, the intertwining stories of people struggling to survive the genocide, and the aftermath as the people try to find justice and reconciliation. 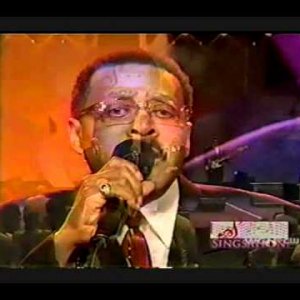